The video above comes to us via former UCLA and team USA catch Paige Halstead. Her and her brother run a "Bro & Sis" account on TikTok, where they post videos like the one above. Paige's brother was throwing serious heat, but it shouldn't come as a surprise that a team USA softball player was catching it, right? Well, that wasn't the case for the @ESPN Twitter account that hit us with this: 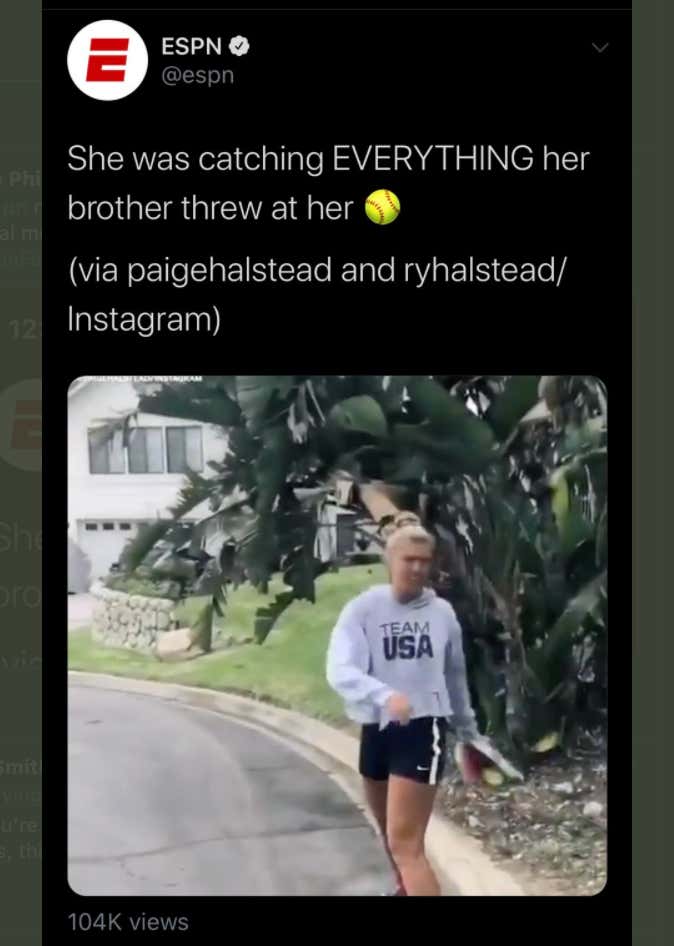 This tweet has since been deleted. Why? Well, let's look at the caption. "She was catching EVERYTHING her brother threw at her."

Also, yeah, she was catching everything thrown at her. Not only did she play softball at UCLA, but she was literally the CATCHER.

She wasn't that bad either. She kind of won this thing called the national championship:

Hate to see ESPN fall to posting sexist captions during this quarantine. I know there isn't a lot of content out there, but come on guys. Let's stay away from acting surprised that a girl can catch a softball thrown at her.