What a roller coaster of a tweet from Tom today. Good lord. Starts out so positive with the "I LOVE blink-182". Doesn't get much better than that if you're with me and don't like blink with Skiba. He then continues and goes "even talked to @markhoppus yesterday". To which my brain went

But then, a turn for the worst.

But, I do difficult (and new) things because I feel a passion to express emotion and lift people up. I am VERY selective about what I pour myself into, but when I do—> 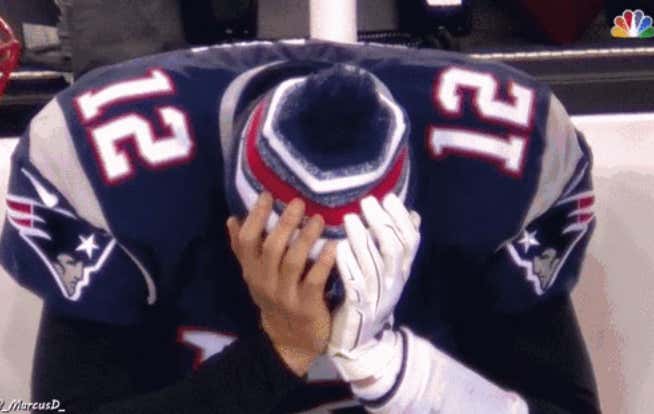 So he is saying blink doesn't challenge him anymore. He's saying he did blink, they beat the blink final level, and there was nothing left to accomplish there. I think he is also is taking shots at Mark in there whether intentional or not.

If they are on speaking terms, which is great to hear, and they both want to keep doing their own things, ummmm...seems like a pretty obvious solution here.....

TOUR TOGETHER, YOU DING DONGS.

A blink 182/Angels and Airwaves co-headlining tour. DUH. Shit, take it one level deeper and alternate nights where Box Car Racer and +44 open up, so then fans have to go to multiple shows to see the alternating openers. It's genius. And then Mark and Tom can colab on a few of their favorite blink songs as the encore. I mean I feel like I just invented the wheel. It's so obvious and everyone wins. Plus when quarantine is over and people start going to shows again, people might be hesitant. But if you can see Mark and Tom together, you gotta go. You just gotta. Plus you get AVA and either +44 or BCR for the first time in a decade? No brainer. Absolute no brainer.

Someone send this blog to both Tom and Mark. Let's make this happen, summer 2021. We know they've been flirting, and now they are talking....So, yeah, I'll see you all there.

PS: This is my rankings of blink and side projects.

The Box Car Racer album front to back is so, so, so good. AVA is 4th because I feel it doesn't have the depth. Lots of skippable tracks. It's possible it's being punished because of the strength of BCR and +44's only albums, but I'd prefer either of them to AVA…and The Adventure and Everything's Magic are two of my favorite songs of all time. That's how close it is.