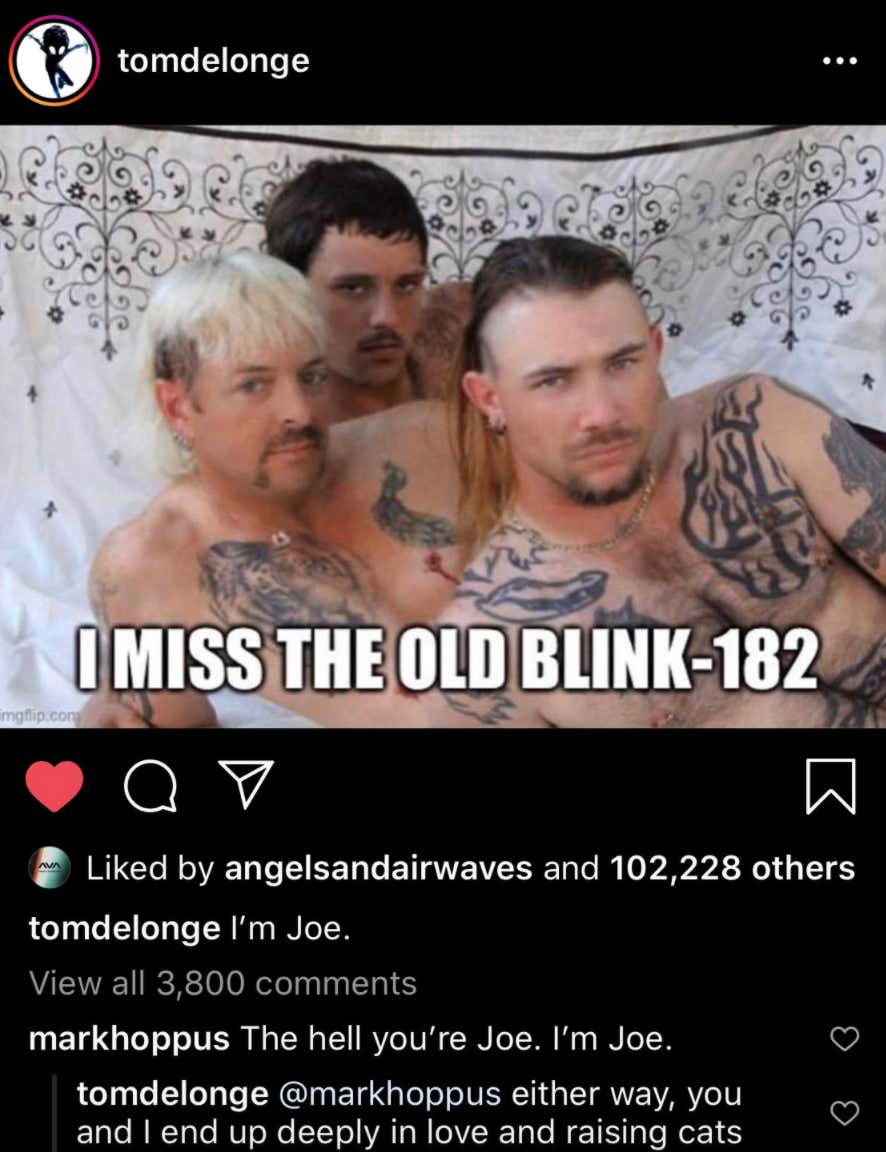 Folks...could it happen? Could we see the boys get back together for another run? If them heavily flirting on Instagram is any indication, I say yes!!!

This is a classic high school love story. They fell in love young. They had an incredible first run. They separated. Tried new things. Experimented with new people. But then tragedy brought them back together. They had another run. But it was too soon. They loved each other, but weren't in love. So they went their separate ways again.

Both prospered. One kept touring. One discovered aliens. But now are they ready to give it another try? Another roll in the hay? Could it be possible Mark and Tom end up raising cats together? My heart says yes. They still love each other after all these years. They need each other to bring the best out of each other. They laugh, they fight, they cry, but they also write Enema of the State together. And they know that. And they want to do it again. So they'll be back. They were always going to find their way back. And much like aliens, true love exists.