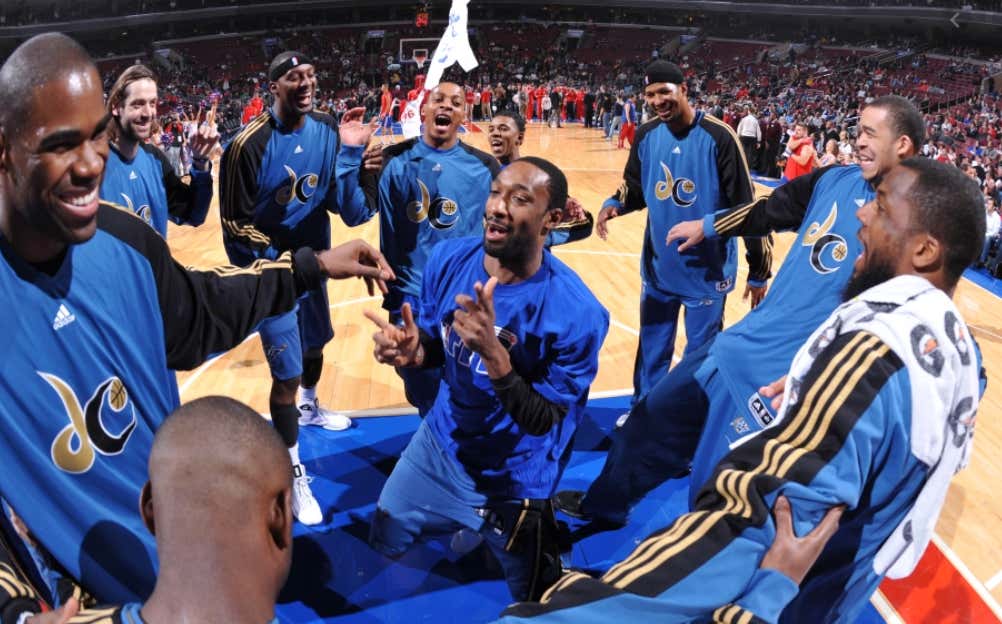 Following last night's 2 hour premier of "The Last Dance" I got to thinking- what DC sports stories need full length documentaries? You can't make a doc for everything, but there are some stories that need to be told before the sun explodes and kills us all.

Number 1 on the list is without a doubt the Gilbert Arenas gun in the locker room story. Caron Butler told part of the story in his book, where Gilbert wasn't paying $1,100 to Javaris Crittenton.

“Hey, MF, come pick one,” Gilbert told Javaris while pointing to the weapons. “I’m going to shoot your [expletive] with one of these.”

“Oh no, you don’t need to shoot me with one of those,” said Javaris, turning around slowly like a gunslinger in the Old West. “I’ve got one right here.”

He pulled out his own gun, already loaded, cocked it, and pointed it at Gilbert.

We need 2 hours with Gilbert, Javaris, and that Wizards team. What a team that was. It was the same time Deshawn Stevenson teamed up with Soulja Boy and got in a feud with LeBron and Jay-Z. Maybe one of the more 1-sided feuds of all time, but the fact Deshawn Stevenson had LeBron and Jay-Z responding to him kinda made him the winner. He became a local DC hero because of how agitated he made LeBron.

The other obvious documentary is the entire RG3 saga. 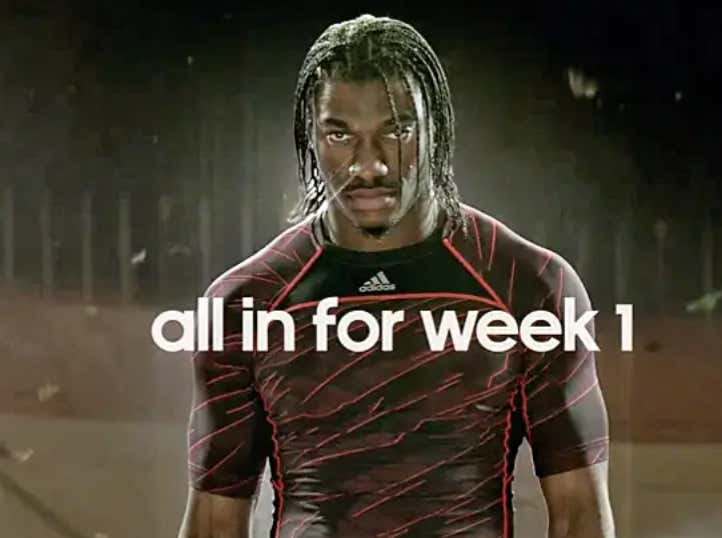 There's so much to unpack with his tenure in Washington. The unbelievable rookie season, leading the Skins to the playoffs. If you remember what it was like that season, man, people were bashing the Colts for taking Andrew Luck #1. And then the injury. And then the offseason "All In For Week 1" campaign. The media leaks. The Snyder/Shanahan feud. Starting before he was ready. Getting re-injured. All the weird social media things in between. His dad being in the locker room. The next season going from starter to 3rd string in the matter of days. The rise of Kirk Cousins. Being out of the league. Returning to the league. And so much in between. Somewhere in there Baylor built a statue for him. A statue! The RG3 saga, when the entire story is told, could very well be a 10 hour documentary as well.

And the 3rd obvious one...Ovi. We just need a film crew on Ovi at all times. I don't know what the storyline is yet. Like in "The Last Dance" the story was the Bulls falling apart while Jordan was in his prime, the Pippen contract, Dennis Rodman existing, Phil Jackson being pushed out, ownership and management being fuckheads, etc. There were endless storylines. For Ovi's documentary...maybe his chase to Gretzky's record? That's not for a few years but I'm sure we'll get that. There should be some storylines by then- will the Caps have to go through a rebuild? He will need a new contract at some point as well. And all the while, he's the most happy-go-lucky guy in the world. So funny, so kind, and so good at hockey. And Ovi documentary, please and thank you.

A few others would be the Bryce Harper/Papelbon incident through the Nats winning the World Series and how the entire culture changed (thank you Juan Soto), a deep dive into Dan Snyder's horrific tenure as owner, the Wizards drafting Kwame Brown and how Jordan ruined his life, Freddie Adu putting American soccer on the map for a hot minute, I don't know if we include Michael Phelps but remember when the entire universe freaked out because he murdered that person in cold blood...no wait, he smoked weed. Michael Phelps smoking weed was legitimately the biggest story in the world for what seemed like 3 weeks.

I have a strong feeling The Last Dance will spurn many copy-cat type documentaries, if I got one vote I'd vote for the Gilbert Arenas story. I want to know everything. That guy is a lunatic, lord knows how many stories we don't know. We need them. The world needs them.