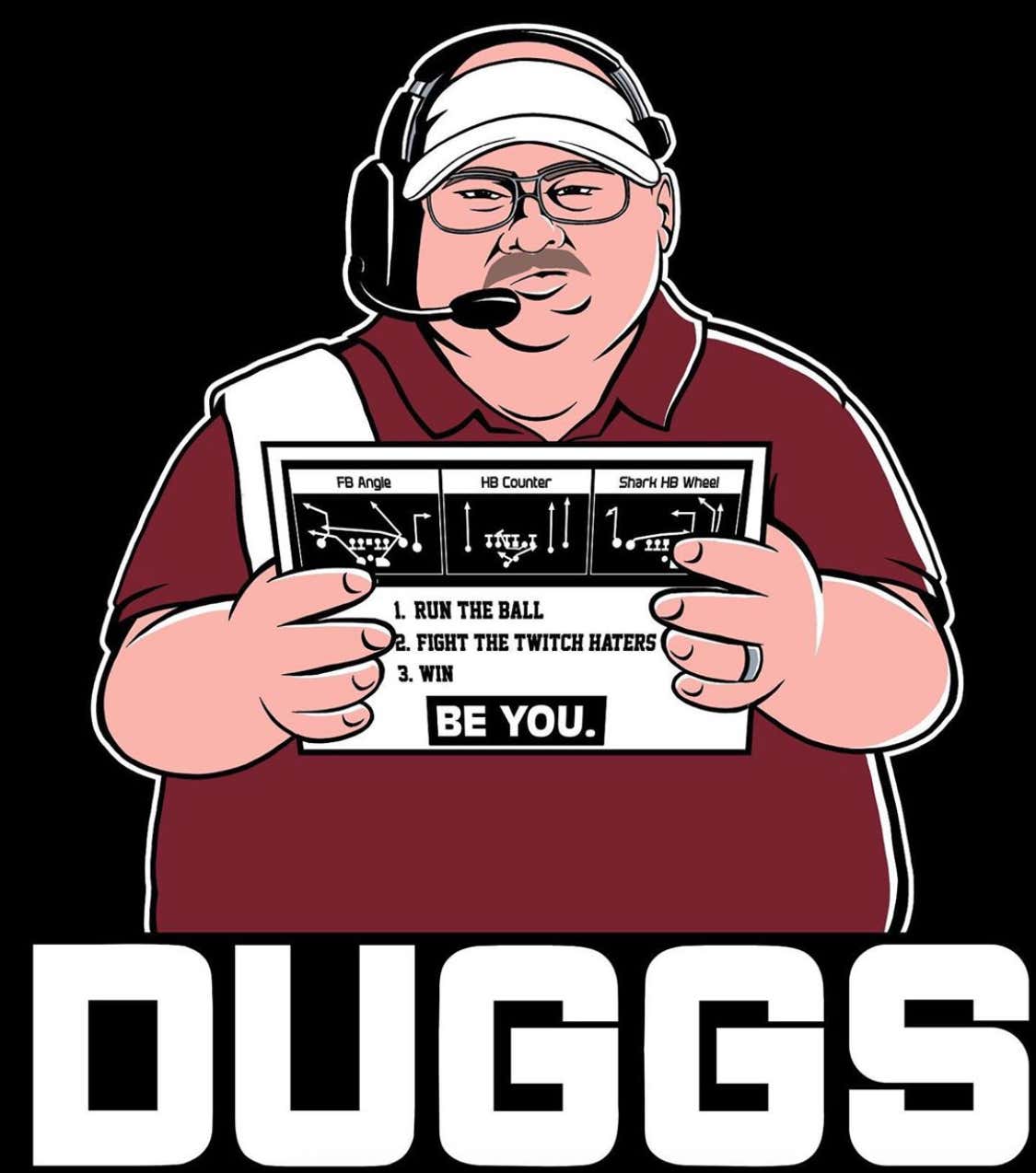 Over the last few weeks, there have been multiple occasions where the storyline of Gus Duggerton has taken over social media. For those who may not understand what is actually going on with this college football video game narrative, here is a little refresher/summary to how we got here:

How did this all start?: It all began with the unfortunate cancelation of the NCAA Tournament. One hour after reality set in that March Madness would not be happening, Big Cat decided to purchase an Xbox 360 along with NCAA Football 14. The console and game arrived on March 19, 2020. He chose to play the game mode that allowed him to create his own fictional coach to play with, which then led to the official creation of Gus Duggerton.

Big Cat/Coach Duggerton's first coaching gig came at the University of Toledo, where he tweeted updates to how his season was going.

After playing a full season without streaming, Big Cat/Coach Duggs announced he was leaving Toledo for the Offensive Coordinator job at Florida State in a formal statement:

When did the streaming start?: First off, the moment Big Cat/Coach Duggs started playing his games live on Twitch is when this thing really began to take off. This came on April 8, in the middle of his season as OC at Florida State.

This allowed Stoolies around the country to really interact with Big Cat/Coach Duggs, as the social media engagement really began to move rapidly. Something about watching an old college football video game with Big Cat's face in the corner reacting to every play (but not too loudly so he doesn't wake up his baby) really attracted thousands of people. And how can you blame them? There is not much going on elsewhere in the sports world.

Is Gus Duggerton actually a real person? Who's that guy I keep seeing that looks just like him?: This is where the story really starts to get fun. Meet Colin McClow: a Stoolie who happens to live in Florida, happens to be a Florida State fan, and happens to look very, very, similar to the fictional college football coach who Big Cat made on the video game a couple of weeks ago.

I've seen official team accounts and real players coaches hop on board with "Duggs Nation." What's the deal with that?: This is the part that really adds the authenticity to this entire story. The official Twitter accounts of Toledo, USC (where Big Cat announced Coach Duggs would be going last night for Season 3), UConn (who FSU beat in the Fiesta Bowl), and even personal player shoutouts from Derwin James (a former FSU player) have all made their way to Twitter.

Even the Fiesta Bowl's Executive Director, Mike Nealy, did a Zoom call with Big Cat/Coach Duggs to give the formal invite to the final game of his season with the Seminoles!

How have other areas of Barstool contributed to the Coach Duggs storyline?: The Coach Duggs content is not just simply the live Twitch streams and gameplay. There have been folks analyzing Coach Duggs' players, where he would be landing next as a coach, and even Leroy, Pardon My Take's newshound, floated rumors about Coach Duggs' next stop.

How can I get in on the action and watch Coach Duggs stream his next game?: This can be done very easily on the Pardon My Take Twitch feed.

Hank (Pardon My Take producer) set this account up at the beginning of quarantine and Big Cat has done NUMBERS on it each and every game. On Friday night's Fiesta Bowl, he was one of the top streamers on the entire website: