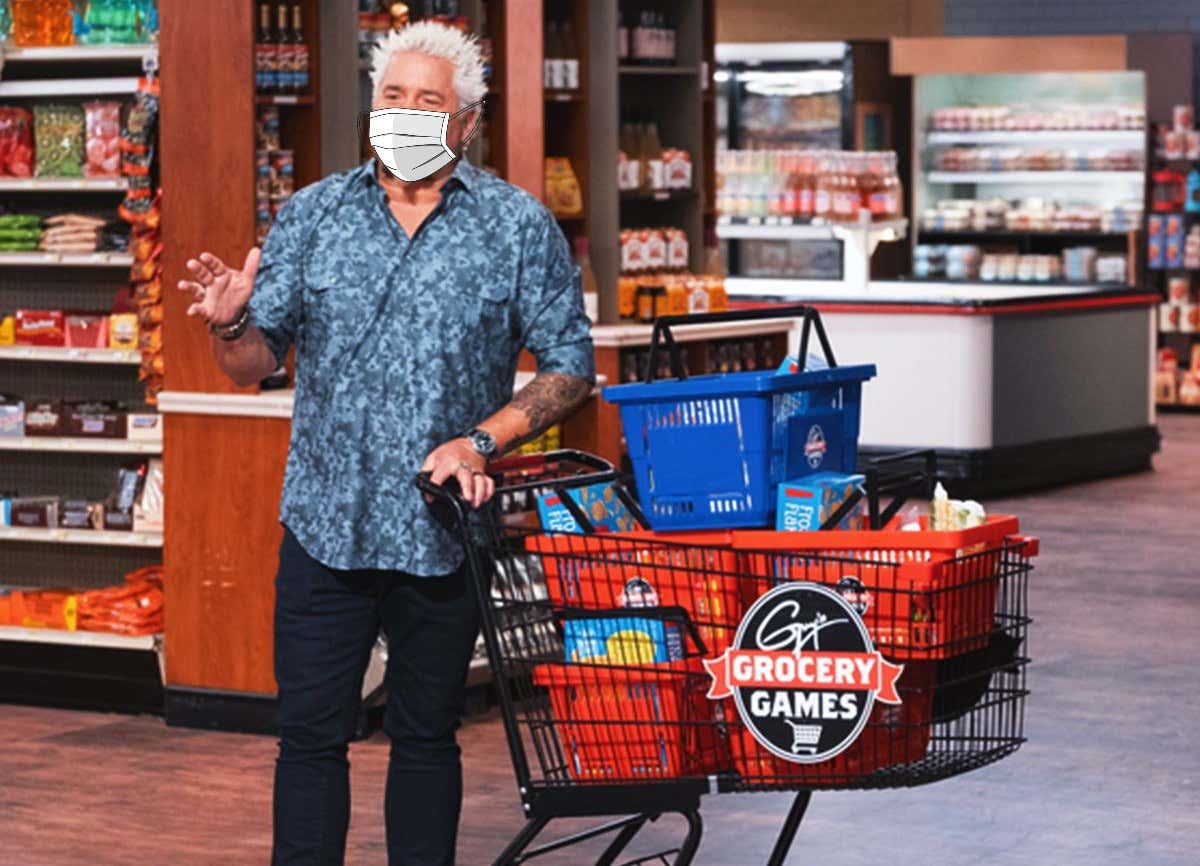 I know that at the beginning of all this it was a pretty brutal time to go out for groceries. Unless you got there an hour before the place opened up, there would be nothing left besides chicken liver and Dasani water. You had all these doomsday psychos going in and completely clearing the place out by 9am. But the longer this has gone on, I think we're starting to figure it out a little bit. And let me tell you something right now--there has honestly never been a more efficient time for grocery shopping.

Now I'm not sure if this is the case for every state in America so if you're in Kentucky or something right now, chances are you have no idea what I'm talking about. But at least where I'm at in Philly, there's a limit for the amount of people who can go into the store at one time, all the aisles are marked as one way so you don't have groups of people going up and down the aisles in whichever way they please and clogging up everything, and there's also a limit on how much you can buy at once. Everybody has a mask and most people are wearing gloves so you don't have to worry about that dirty scumbag who doesn't wash their hands coming around and picking up every single avocado before picking the right one.

I wrote this blog a couple summers ago about how poor grocery store etiquette was destroying this nation.

In that blog I mentioned that the crowds, the fact that the flow of traffic is just a reckless abandon, the fact that the aisles aren't wide enough for people going both ways, and the fact that some people just leave their cart in the middle of the aisle while they look for whatever can of soup they need as some of the biggest violations of grocery store etiquette.

But if you were to go to the grocery store today (or at least the Whole Foods in Philly), you wouldn't see any crowds in the store, there would be an efficient flow of one-way traffic, and everybody would be trying to get in and out of the store as quickly as possible so there wouldn't be any of those assholes just taking their sweet ol' time. It's glorious. It's wonderful.

I can't wait to get back to the way life was pre-quarantine just as much as everybody else. But if there's one thing we can take away from this, maybe we all use this time to learn how behave in a grocery store like a functioning human adult.