Today we get Gulfstream and Oaklawn back online so we have some good tracks to play. Paulie has an Oaklawn Pick Four for you and I've got the Gulfstream Late Pick Five. I'm also going to include some singles that I like throughout the card in case you want to play race to race. Let's have some fun on a Thursday (?).

Race Eight: The (8) Drama in Dixie is dropping considerably in class for this race, enough to be a clear top choice. I'll use the (2) just in case.

Race Ten: Another really wide open affair here. The (6) Cucina is my best bet in this race. The Bill Mott trained horse is off a win and this is the next logical step, but there are others here who could win.  Also using (4), (5), (7) and (9).

Race Eleven: The (7) French Quarter is going to be difficult to beat here. First I love the combo of Saffie Joseph and Paco Lopez, as they are 65% together at this meet. Also, this horse has won three of his last four starts and they have all been at or above this level. A single. 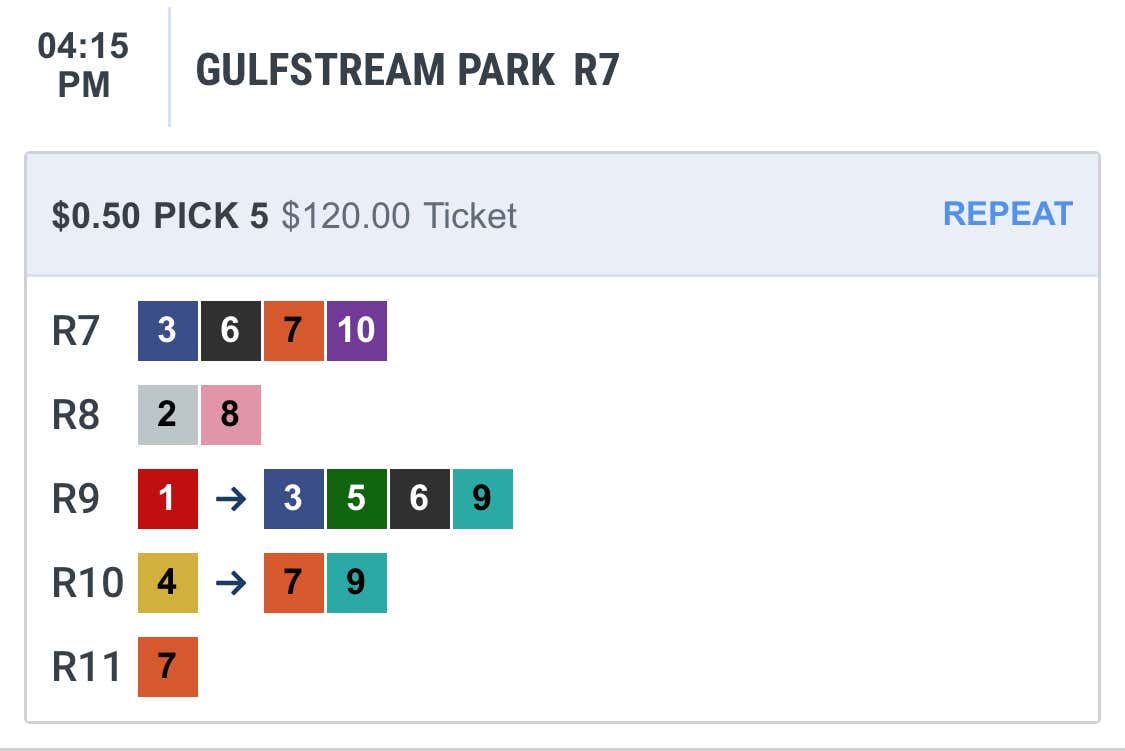 ATTENTION Pennsylvania Stoolies — want to earn a voucher to the Barstool Sports Store? Introducing Pennsylvania's favorite online casino — barstool.hollywoodcasino.com, where you can win real money from your own home. Real games, real money, real wins. With all your favorite games including blackjack and video poker, playing on barstool.hollywoodcasino.com is easy and fun.

Must be 21 years or older to play. Gambling Problem? Call 1-800-Gambler. Must be in the state of PA to play.