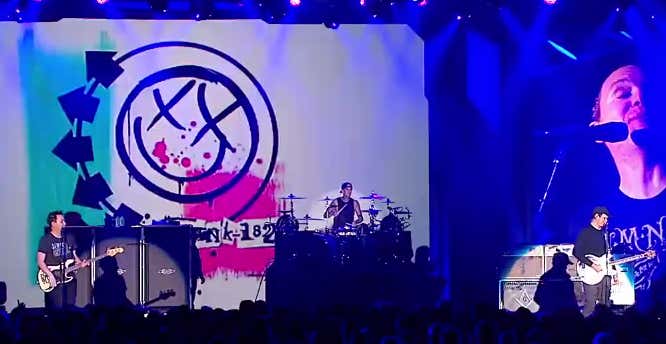 Our septic system was failing, our roof was leaking and despite my wife's objections, the four males in the house were waiting to flush until absolutely necessary. We had several large Rubbermaid containers strategically placed in the attic to catch the water leaking through the roof.

The new roof was completed the day after Thanksgiving (1997). The septic system was scheduled for repair the first week of April, but then came the April Fool’s Day blizzard. As if the two feet of heavy snow weren’t enough, the heavy winds downed the top half of a large oak tree in our front yard. When it fell it missed the Mazda minivan by inches, but hit the house, taking down wires and knocking out the power in the entire neighborhood for several days.

Our lives became more complicated when the Mazda wouldn’t start. When I finally got it running, white smoke billowed out of its exhaust. It barely made it to the repair shop where we were told it needed a new head gasket. We rented a car and when we finally got the minivan back 16 days later, it was still wheezing. We took it to another repair shop where they determined there was a crack in one of the aluminum heads. Cha-ching!

It only took a week for two feet of snow to melt and by the third week of April, our septic system was repaired. It wasn't long after that the Mazda began acting up again...

With three young, active boys we needed another minivan, and fast. The local Mercury dealer had one 1998 light blue Mercury Villager on the lot and with zero financing and a $1,500 trade-in allowance, it was doable. We drove the Mazda to the dealer and when I shut it off I wasn't sure it would start again. Nothing short of a miracle, the Mazda started and the deal got done.

For the eight years my wife drove the Villager it was loaded with either kids or groceries. We took it on vacations, to parks, zoos, baseball, football and soccer games, movies, cub scout outings; it served us well. 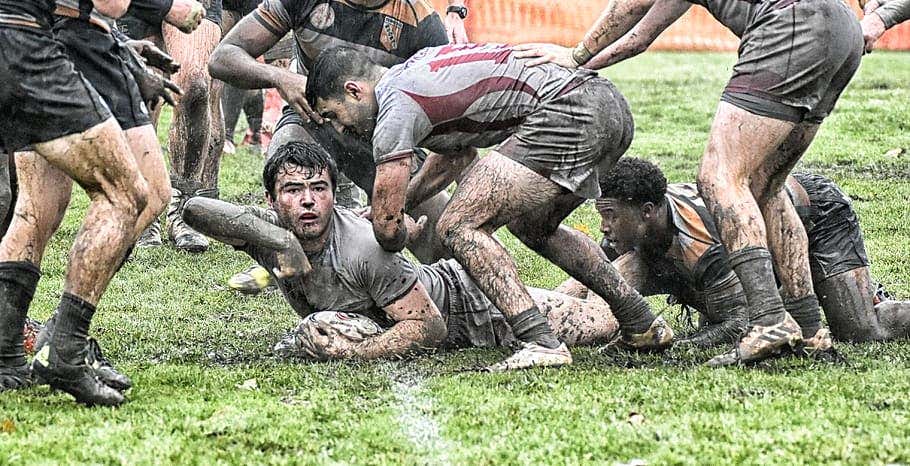 In 2007 we drove it to Bard College where my oldest son took possession of it, and despite complaining about it being a “soccer mom’s car”, he was glad to have it. First at Bard and later at Wesleyan, the Villager was introduced to heavy doses of sex, drugs, and rock ‘n roll! The rugby team adopted it, realizing it was very capable of transporting players, equipment, kegs of beer, and the many "more-than-willing" fans of the team. If minivans could talk my son would've been in a lot of trouble...

After four years of college, the Villager returned home and my youngest son and I shared the keys. I'm a big fan of Quentin Tarantino and Pulp Fiction's character Winston Wolfe played by Harvey Keitel. Not too unlike "The Wolfe", I meticulously cleaned the inside of the Villager attempting to remove any and all evidence of wrongdoing. After I hung an evergreen air freshener tree on the dash there wasn't a trace!

My youngest son used the Villager to go to the gym, run errands, and on weekends. When he left for college in September, I used it as a daily commuter. At that point, the odometer read just over 220,000. I liked the Villager. Maybe it was all the memories, or that it was an easy rider; handled well, plenty of visibility, great in snow, heater and radio worked and was good on gas. Whatever it was, it was dependable, owed us nothing, and it had become a valued member of the family.

During Christmas break of 2013, I had four new tires installed. The brakes had recently been rebuilt, it had a new battery and a current sticker. I was feeling good about the possibility of it lasting a couple more years.

We got a fresh seven inches of snow, but the roads weren't too bad. Before he left for the gym early Saturday afternoon, I reminded my son to be careful, that it might be slippery because everything would be freezing. The phone rang two hours later, he had skidded off the road but was unharmed. My wife and I immediately drove to the spot.

The tow truck driver attached hooks on the front axle and pulled the Villager out of the snow and up onto his flatbed. I drove the Villager home and other than the mirror, a rear marker light, and the dimpled rear quarter, it had avoided major damage.

On Monday morning I drove it to work. I purchased a cheap aftermarket power side view mirror online and installed it a week later. Because of the various dimples, bumps, and bruises, I nicknamed our Villager "The Blue Raisin".

I was driving on the highway at night, returning from a trip to Rhode Island when I began gloating to myself about how strong the Villager ran even with 230,000 miles. It was cold,  in single digits and I'd always told my kids to dress like they were going to break down and to travel with their phones completely charged. I was wearing a light hoodie and my phone was dying.

I was almost home when some jerk got up on my rear bumper and shined his high beams. I let him pass, but that wasn't enough. He got in front of me and started driving slow, forcing me to slow down myself. When I attempted to pass, he deliberately swerved to prevent it. This went on for a bit until I got pissed and I booted it and went wide. He couldn't keep up and I passed him. Now, it was my turn. I got in front of him and went real slow. When he tried to pass I sped up and he couldn't keep up. The "Blue Raisin" was too much for him. The 6 cylinder Nissan motor still cranked. I toyed with him until I had had enough and then I let him go. Big win for the "Raisin"!

With a smile on my face, I entered a long ramp coming off #295 and onto #95 when suddenly the dash went dark and the "Blue Raisin" shut down. I was already into the exit ramp and I was forced to coast to the bottom. I was hoping I'd make it to bottom and then some. I only made it to the bottom. I called AAA for a tow and stayed in the car. It was dark and vehicles coming down the ramp at high speed couldn't see me and were almost hitting me. I left the vehicle and walked 50 yards away. It was 8 degrees, I wasn't dressed for it, my phone was dying and AAA wasn't here yet. After watching several more close calls, I made my last call before the phone died, to the State Police and told them I didn't care about my car, but I cared about those people coming down the ramp. I didn't want anybody getting killed. The Trooper was there in minutes. I got in, put it in neutral, and he pushed me a 1/4 mile down the highway, where 15 minutes later AAA towed it home.

It was the timing chain. A difficult replacement in that vehicle and with high miles and enough body rot to make getting a sticker bribable, we decided to say our goodbyes. I called the junkyard and negotiated $300. 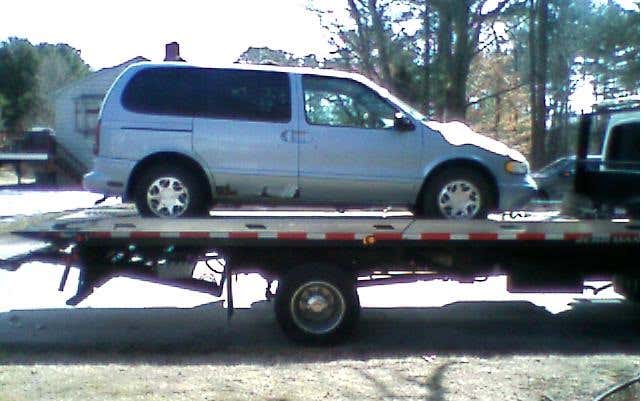 When the ramp truck arrived the reality of saying goodbye to an old friend hit me. It was 17 years old, had 230,000 miles, and a ton of history. As the ramp truck pulled away, the "Blue Raisin" lifeless on the back, I got a little emotional... Then I heard another sound. I turned and my wife was crying. We had all been through a lot with the Villager, in many ways it had saved the day for all of us at one time or another. It was family...

I didn't tell anyone about its last race for two years. (at least it went down a winner!)