When you are out in the Blair Witch forest, wind howling and trees rustling, it's usually a good idea not to open any mystery boxes you find. Especially when they hiss and click at you. What is particularly horrifying about this creature is that it was, at least for my dumb brain, extremely hard to identify.

Right here, I became positive that this was a 30lbs Tarantula. The giant pincers were the dead giveaway. 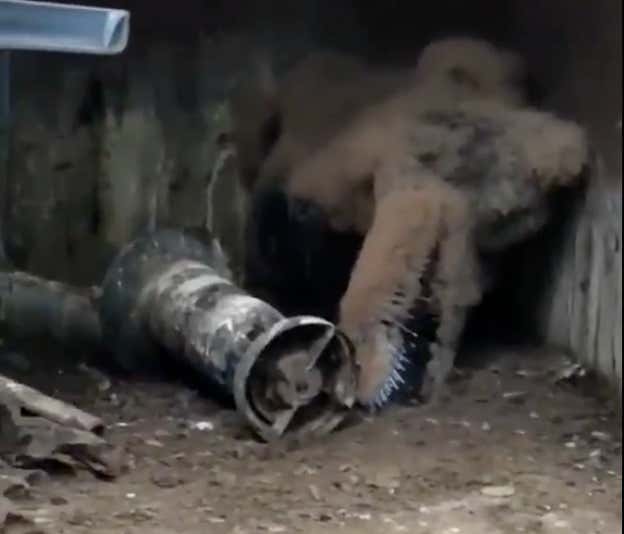 It wasn't til the very end (and freeze frames) that it became obvious this was just two disgusting, hairy birds. And I'm not talking about my travel abroad experience in London, folks. I can promise you this because a twitter bird expert confirmed it.

To be frank, the birds are only slightly better than the giant spider. Even though they're harmless(?) turkey vulture babies, this video is still scary than most modern horror movies. Not that that's a high bar.