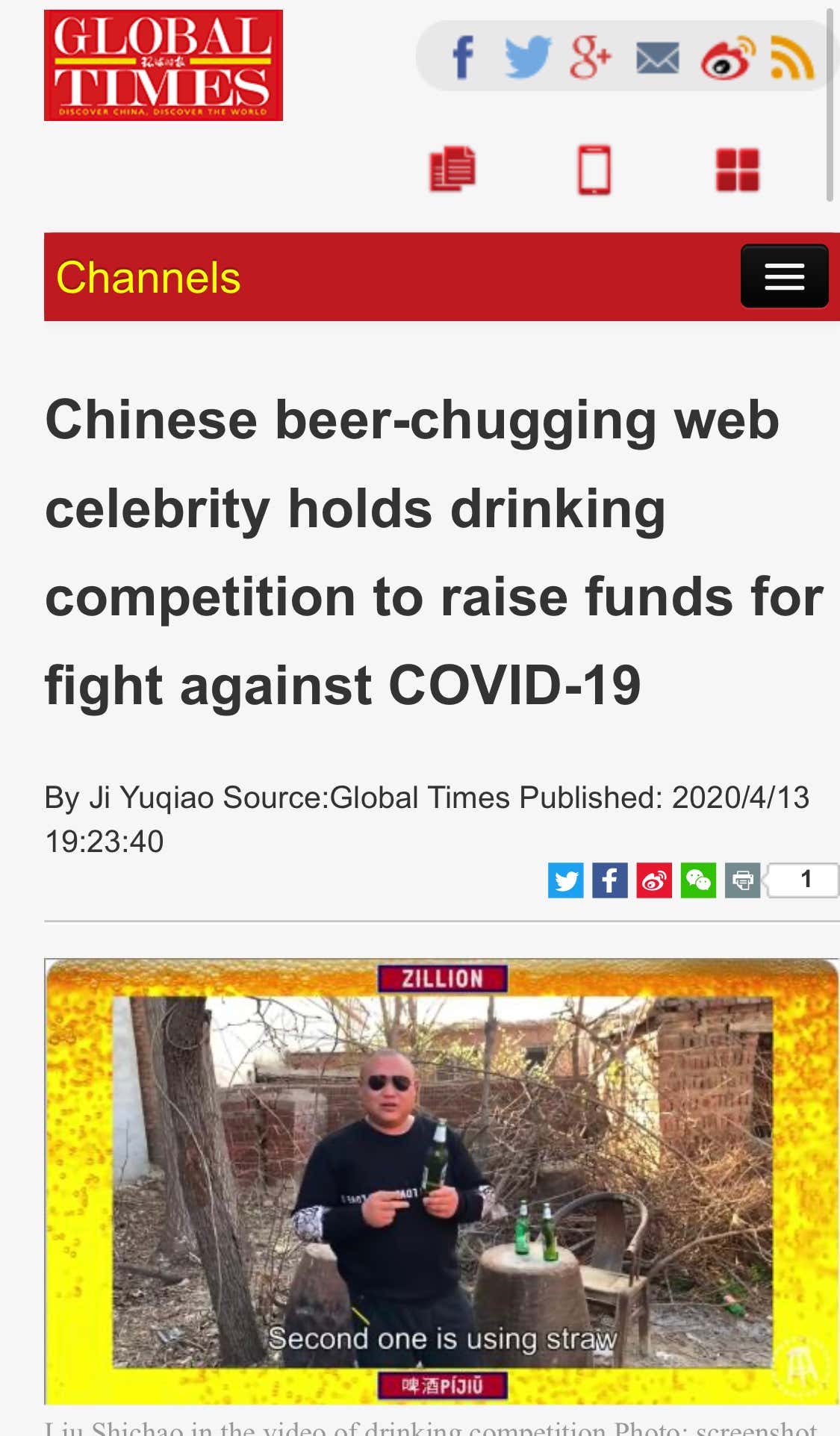 (GLOBAL TIMES) A Chinese villager who has become an internet celebrity through his unique beer-drinking methods on Twitter has held a cross-culture drinking competition with netizens around the globe to raise money for doctors and nurses who are fighting on the frontlines of the COVID-19 pandemic.

Liu Shichao, who goes by the handle Pangzai (fat man) and has more than 150,000 followers on Twitter, told the Global Times that the drinking competition has already raised more than $1,150 to purchase protective suits and masks for hospitals in the US.

According to an introduction for the event, the competition aims to bring people together to fight the virus using "the power of beer."

Liu, 34, refers to himself as an ordinary Chinese farmer but is often called "King" by his fans on Twitter. He lives in the village of Xingtai, North China's Hebei Province.

"After seeing how serious the overseas pandemic is, I thought that I could do my part to help those who are in need as the pandemic has no borders," Liu said.

He came up with the idea of using his unique drinking talents to entice people to donate to charity.

Liu reached out to a US Twitter blogger who goes by the name "The Wonton Don," who had previously admired his beer-chugging performances and visited Liu's home, to shoot the competition video.

In the video uploaded on YouTube, Liu performs three different beer drinking tricks such as the tornado-drinking style with which he made a name for himself or drinking without hands and then challenging netizens to attempt the tricks themselves.

Two netizens accepted the challenge and attempted to imitate Liu, yet only one succeeded. The other ended his attempt as beer squirted out of his mouth.

Liu said they plan to turn the challenge into a series. Each week, Liu will film a drinking challenge and Don will pick two people to try and copy it to the best of their ability. Then they will judge the contestants and pick a winner.

They called on netizens to donate at least $1 when they watched the video.

Liu has also tried his hand at livestreaming on YouTube and said he likes communicating with his overseas fans through his channel.

"Many foreign friends have sent their blessings to me during these live broadcasts, and I also want them to remain safe."

Liu added that if he has the opportunity, he will be more than happy to cooperate with more bloggers overseas and produce more cross cultural videos to promote Chinese culture.

I really am a multi-faceted journalist.  I have zero problem with promoting China/USA unity in combating this virus with a drinking show

You see, everything isn't so black and white. I've had a lot of people in my comments screaming "FUCK CHINA!" "YOU BETTER NOT GO BACK TO CHINA!" but hey, I have a lot of friends in China and there is a BIG difference between the Chinese people and the Chinese government. Think about how much say everyday Americans have in what their government does, now multiply that by zero and you have how much say everyday Chinese folk have in their government's actions. The Chinese communist party making some extremely questionable decisions rarely is a reflection of its citizens (besides that one dude eating a bat, pretty sure the government didn't tell him to do that). I'm sure us Americans aren't always proud of our government either.

Anyways, in tomorrow's episode of "Zillion PEE-JOES" we have White Sox Dave going head to head with a gigantic stoolie from Florida called "Big Mike" and Pangzai has cooked up quite the challenge! 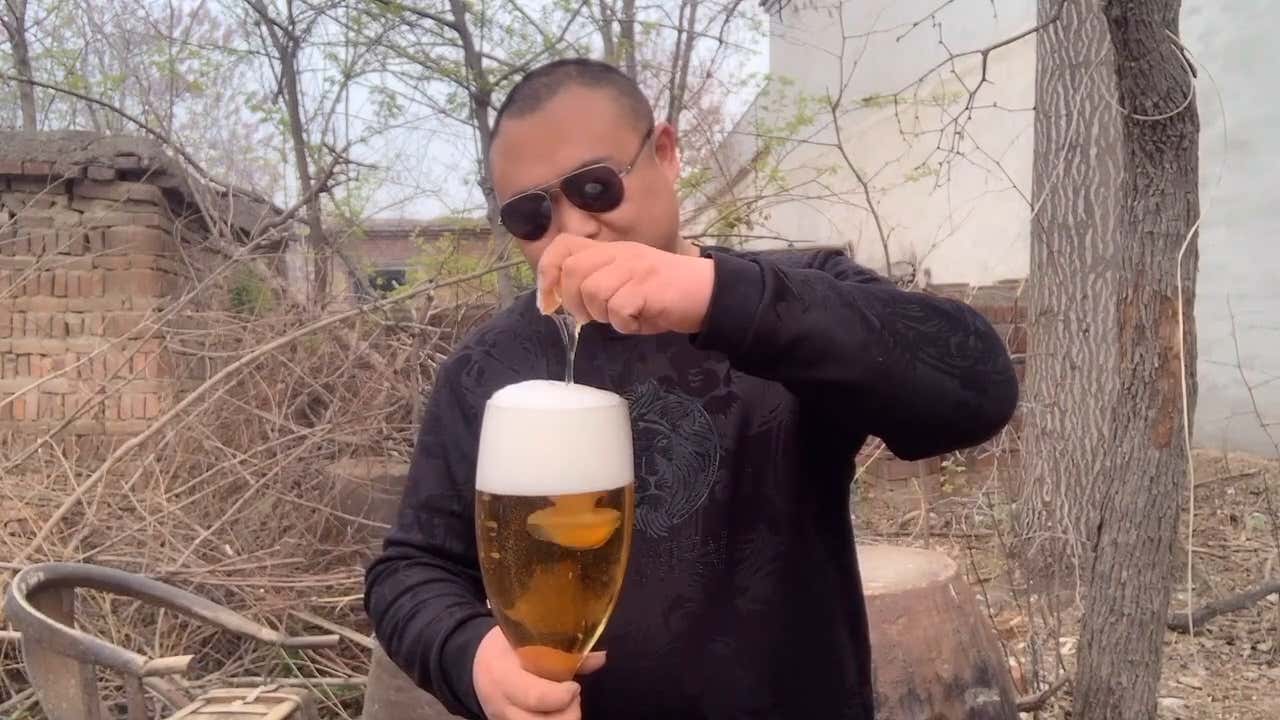 If you want to participate in a future episode hit the link below: