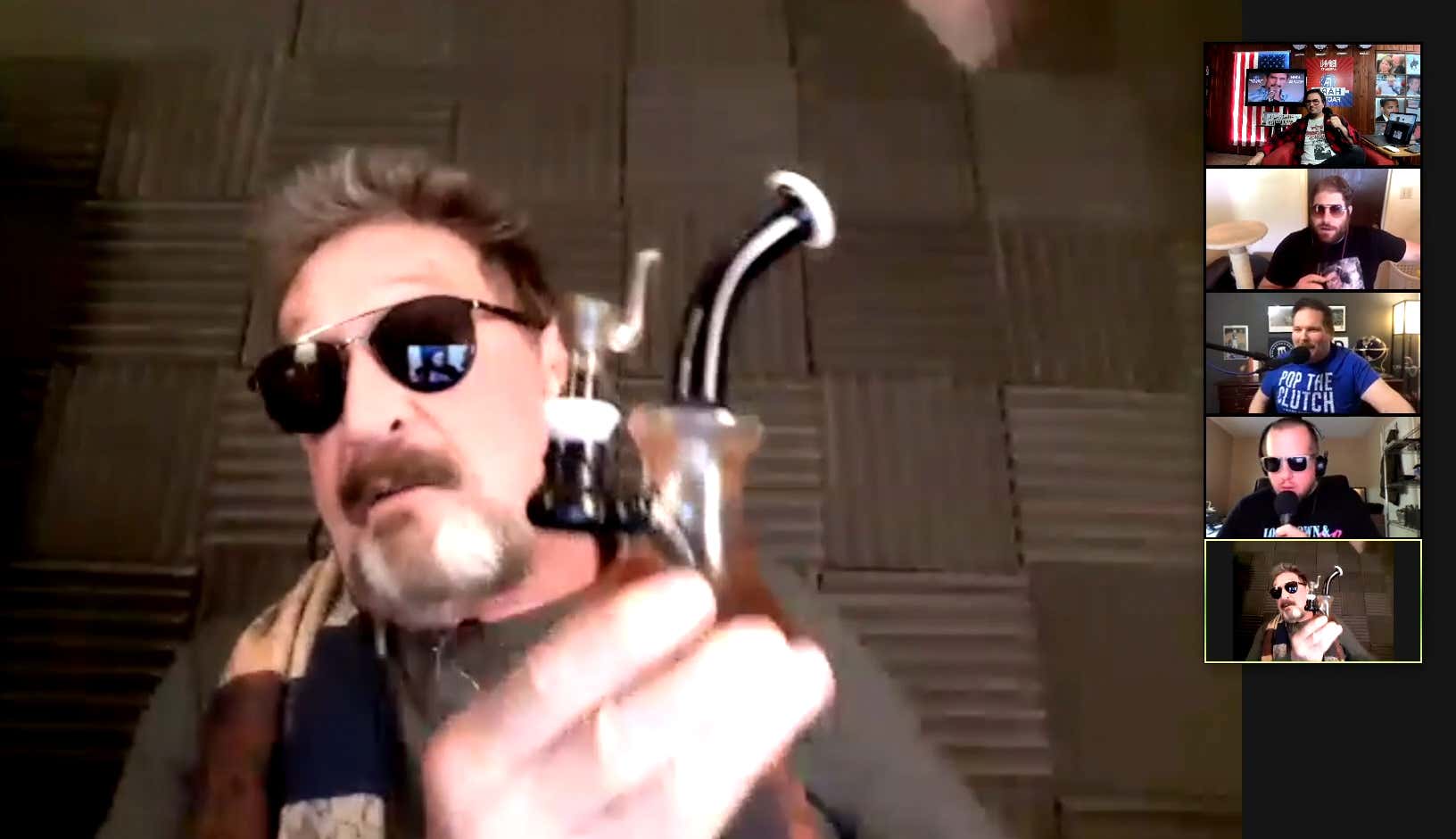 File this under sentences I never thought i'd write. I got high with John McAfee and then asked him if he liked eating human shit and he got mad at me. True story.

Let me give a little context here. Me and the Hard Factor boys had booked an interview with founder of McAfee Antivirus and real-life-bond-villain John McAfee. Outside of being a cyber security expert McAfee is perhaps best known for running for president on the Libertarian ticket in 2016 and being on the run from the FBI for murder and tax-evasion. He and his wife agreed to do the interview from a bunker in an undisclosed location and essentially gave us no guidelines for what subjects were in or our of bounds.

Now McAfee is known for being what some might call "a loose cannon" and "hyper paranoid" so naturally we invited John to imbibe in a toke of the devils lettuce with us to get him calm before we went at him with our Big J Journalism questions. Big mistake. The 74 year old McAfee broke out a Sherlock Holmes style bong filled with tequila instead of water and things immediately started to go off the rails. Weed seems to have the opposite effect on McAfee as we had intended, because after he smoked he was like Usain Bolt running the 40... maybe it was cold medicine because he was sniffling a lot....

After a nonstop 40 minute tour-de-force that included him showing us his automatic weapons and a story about him running from the CIA and the Bahamian army in his yacht we finally got to get some questions in.

While doing research for the interview everyone at Hard Factor watched the 2016 documentary "Gringo: The Dangerous Life of John McAfee". The documentary mostly focuses on McAfee's drug-fueled time living in Belize when he organized his own personal army and may or may not have murdered a guy. The documentary is full of insane and bizarre shit like government bribery, drug running, pharmacological research, etc... But BY FAR the most interesting part comes about 50 minutes in when the local Belizean women who worked on McAfee's property are interviewed about shitting in McAfee's mouth from a hammock with a hole cut in it. That's right, right in his mouth.

Here's some of the lucky ladies in their own words... 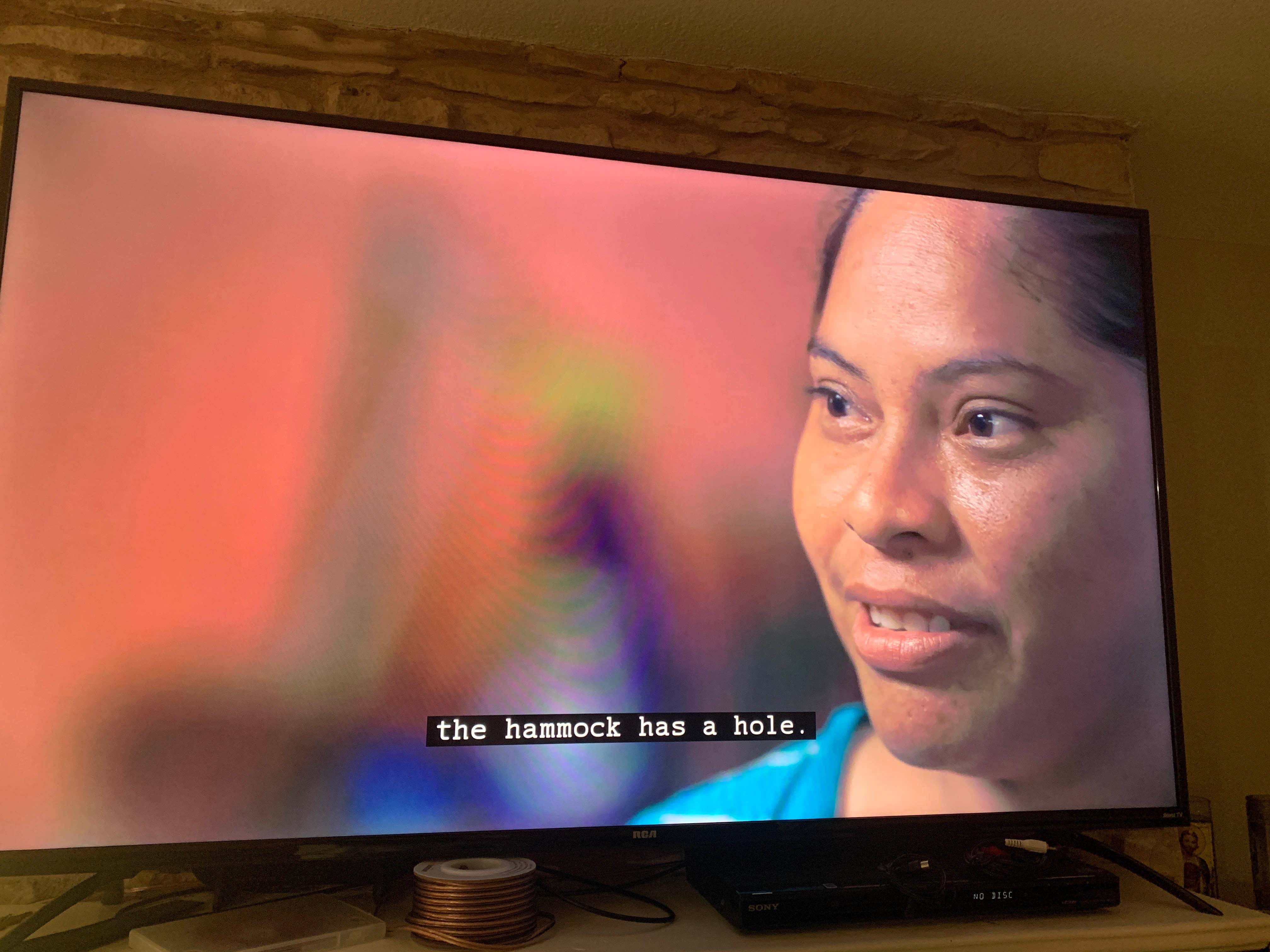 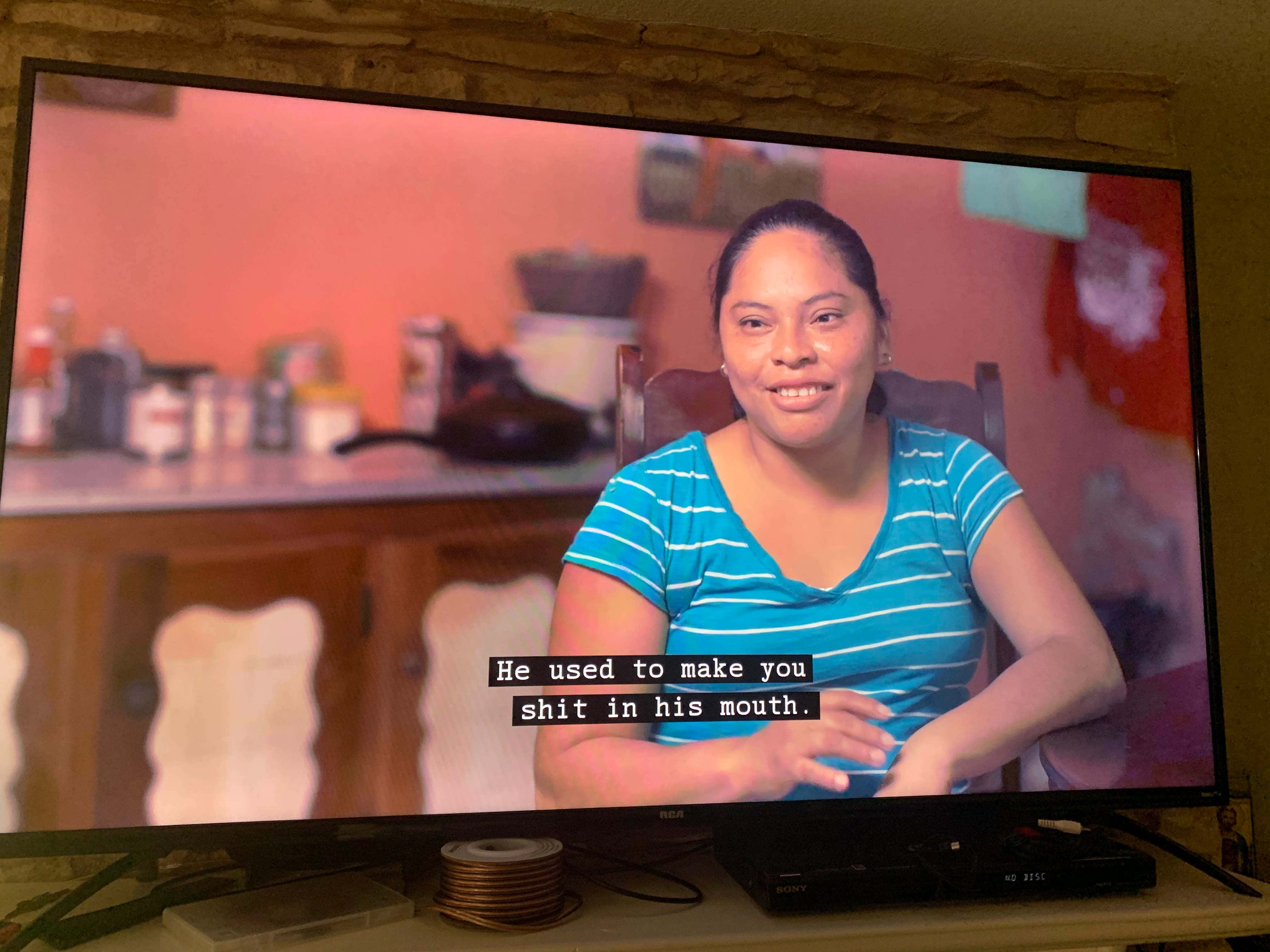 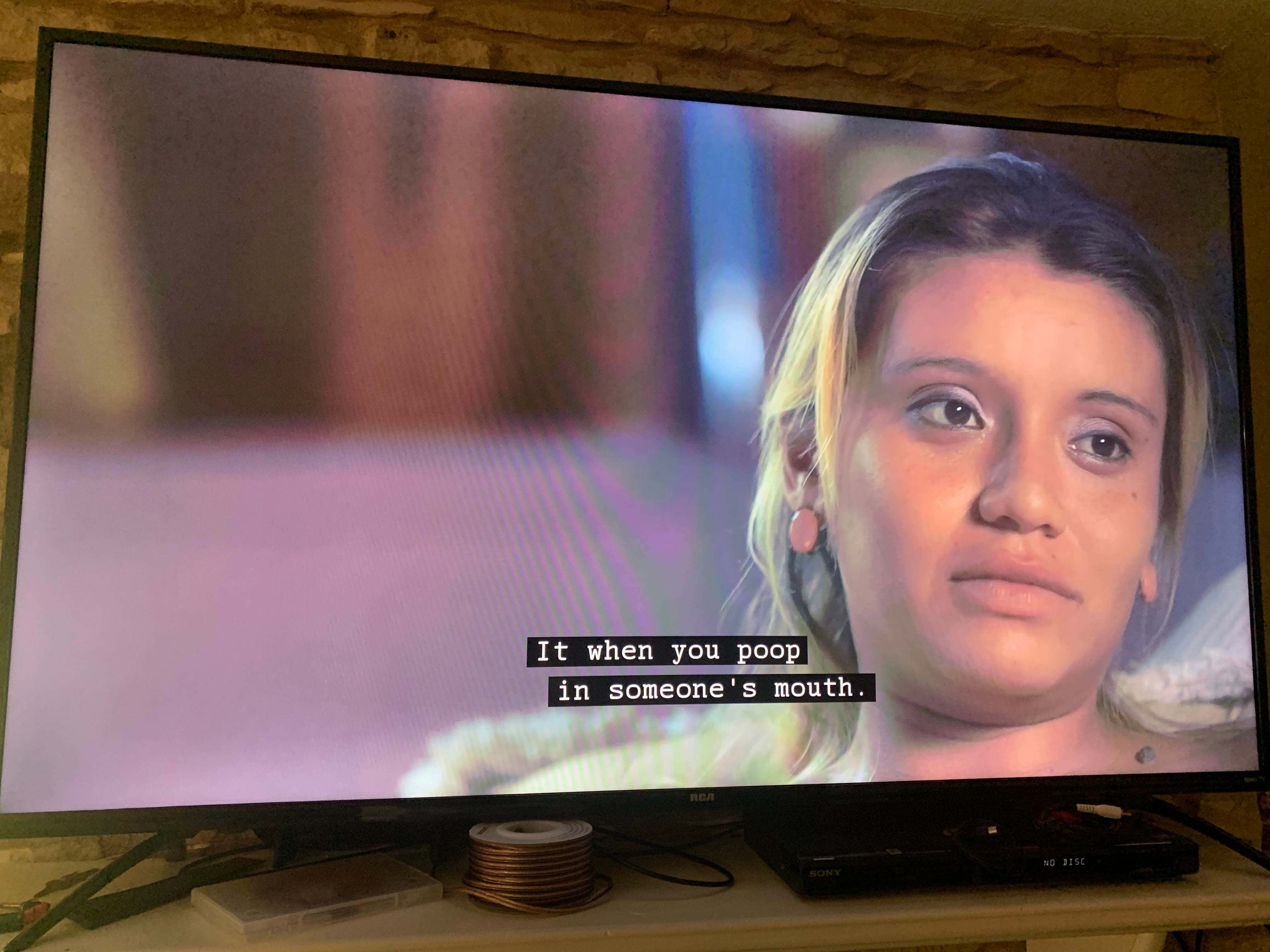 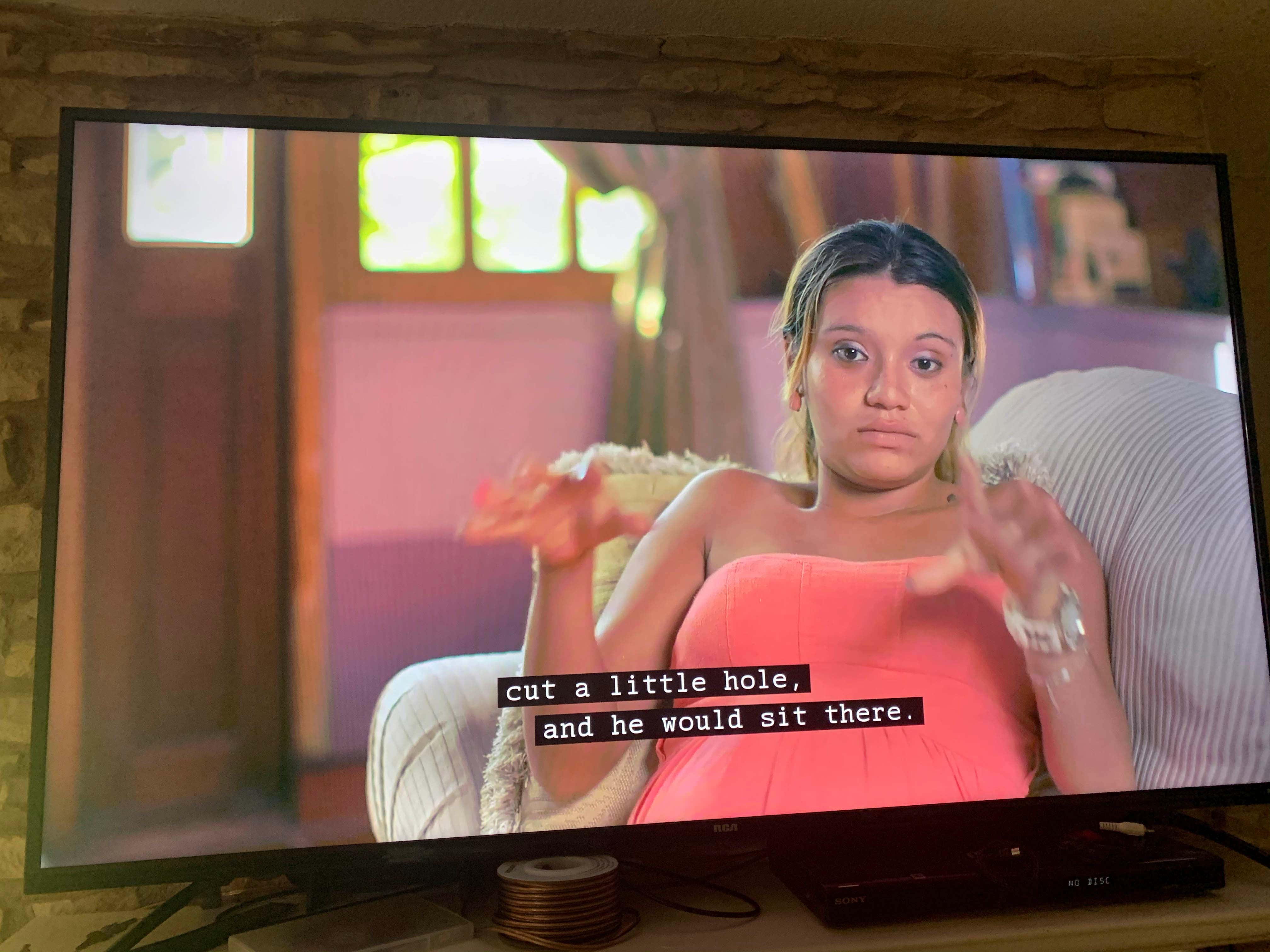 Stills from Gringo: The Dangerous Life of John McAfee

I thought we had a bit of a repoire going... So I went for it.

Maybe it wasn't polite, but it's what the people wanted to know. I mean, murder is interesting and all, but a millionaire that routinely engaged in a hot carl sans saran wrap.... digging into that subject is how Barstool is going to get their first Peabody Award. I stand by my journalism.

Check out the audio interview on the Hard Factor podcast here:

or if you want to SEE the full unedited madness: