Gwyneth Paltrow has done an amazing transformation from well-known and liked actress to being enemy #1. It's all been thanks to her brand, Goop. I'm sure you've heard of it. It's the brand that is selling a candle that smells just like Paltrow's vagina:

There's also a candle that smells like a penis? I'm not sure whose penis.

Their most famous product is the egg that you put inside your vagina to increase your "sexual energy:" 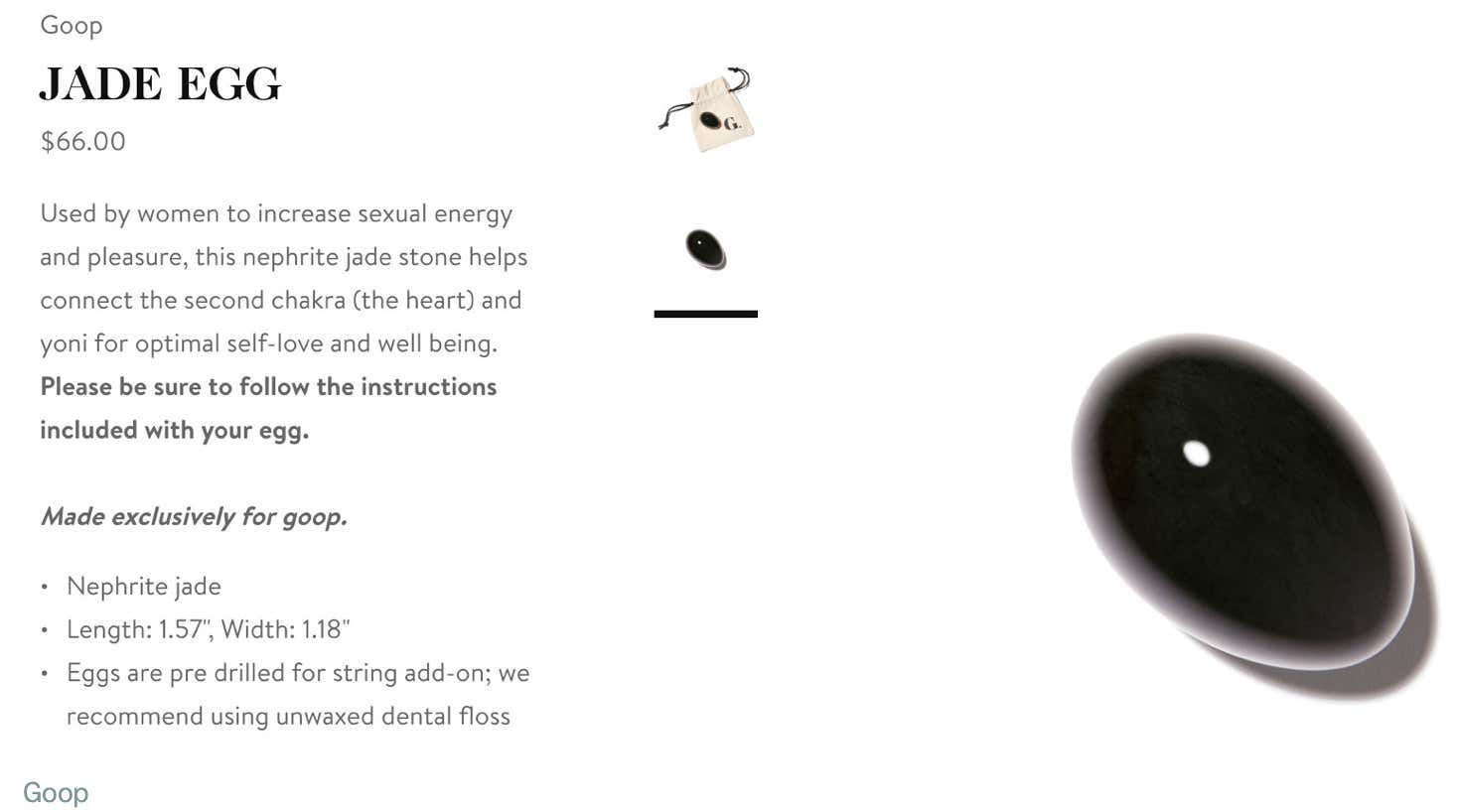 All of this has led Paltrow to be called out for "fake science" and advancing unattainable gender norms through the female body. This doesn't bother Paltrow. Actually, she blames YOU for being "triggered" by her:

SOURCE-“The people who are triggered by me — ‘I don’t like her because she is pretty and she has money’ — it’s because they haven’t given themselves permission to be exactly who they are,” she says.

Goop is about allowing its fans to “ask whatever question they want, to live their lives exactly the way they want to live them, to be empowered to have difficult conversations and to be direct,” Paltrow says. And that—more than cashew dip or infrared saunas—is why the criticism doesn’t bother her. “It doesn’t mean anything to me, because it’s not about me,” she says with a smile. “It’s about what I represent, and that’s about you.”

I could give you a whole shpiel on how Goop is bad and Gwenyth is the worst, blah, blah, blah. I'm not going to do that. Instead, I'm going to point out what I truly think: this is hot as fuck. Would it be annoying to live with Gwenyth? Probably, but her "fuck you, just because you're a loser that's jealous I'm a hot blonde and rich doesn't mean I'm going to stop being me" attitude is hot. She may be 47 (probably 35 in her biological age due to all the cool supplements she takes every day to make sure her sexual energy is high), but she's still at the top of my list of celebs.