Alright, I'll be honest with you guys: I've never seen nor even heard of the show Brockmire. I've not a huge TV guy in general, and when you're coming on at 10 pm on the IFC? channel, I'm probably going to miss that episode. You're going to need to get to a Tiger King type of hype for me to borrow someone's streaming account and binge you, too. But from my quick research for this blog, it does sound like it has a pretty good premise for a sports comedy fan. "A MLB play-by-play announcer suffers an embarrassing and very public meltdown on the air after discovering his beloved wife’s serial infidelity. A decade later, he decides to reclaim his career and love life in a small town, calling minor league ball." If I finally get some free time on my hands in the next couple of weeks, I might have to check it out.

Anyways, point of this blog is that their most recent episode is now making some waves around Cleveland because apparently in it, the MLB sold the ownership of the Indians to a Native American group who renamed them the "Cleveland Colonizers".

This clip (featuring a fellow Clevelander and impressive actor Dominic Cancelliere) made me laugh:

I mean that's just funny right there. It totally hits home, too. Going downtown for Opening Day each year (except this one), there's always a long line of protestors upset with the Indians nickname, making suggestions of other names that Cleveland's baseball team could be called. I totally 100% understand being upset with the Chief Wahoo logo.....and I guess the name.....but one thing I've never understood in their protest is the hypotheticals coming back from the Native Americans that are upset.

The signs are all like......."What if we were the Cleveland Crackers?" --- dude, are you kidding me? That is a fire name for a team. Put a nice Saltine on the upper left chest area and it would be the most sold jersey in baseball.  Same goes for another popular one I see up there..... "Cleveland White Trash". Like, hey guys, I don't think we need to include the "trash" part to make the connection, but if you called our team the Cleveland White Trash I'd have to go out and buy a new hat. That's a funny name and logo, and I'd have to buy some merch to support my squad. Which is exactly what I'd do if we became the Colonizers.... 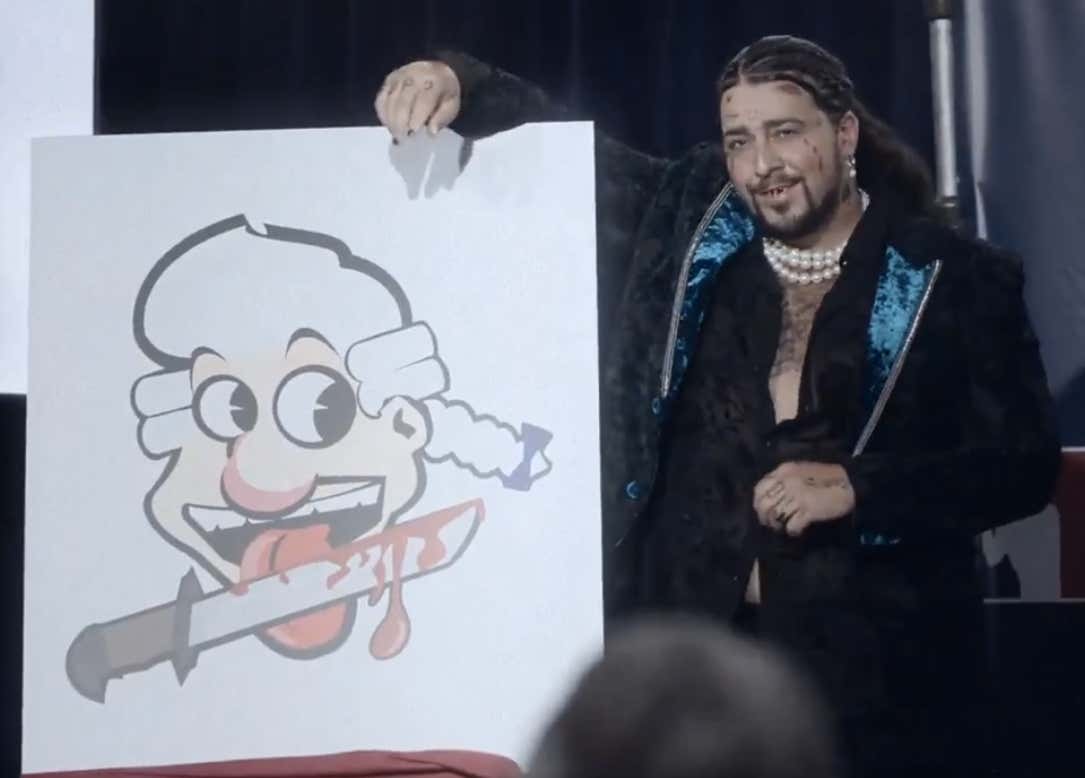 If you don't think this is hilariously creative and funny, stop taking yourself too seriously. It sucks that this is a part of our country's history but at the end of the day, funny is funny. And if you don't think that would instantly become the #1 mascot and logo in the game, you're crazy.