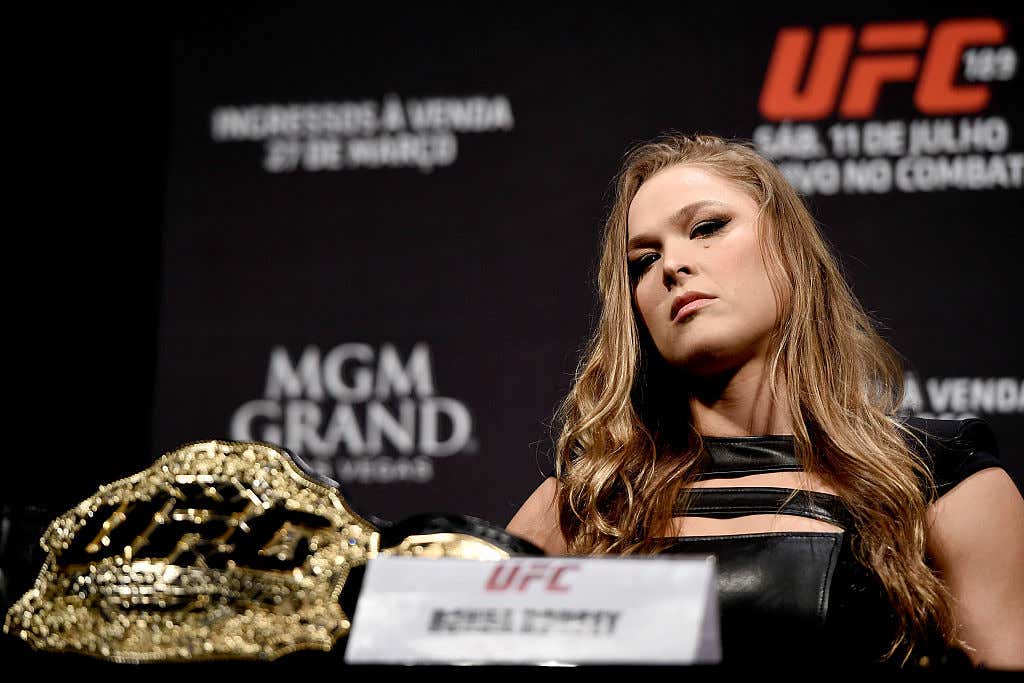 MMAFighting- Former UFC champion Ronda Rousey transitioned from MMA to pro wrestling without skipping a beat, but it appears her days performing in front of audiences are almost over. The former Olympic bronze medalist in judo said the reaction she received from WWE fans forced her to reassess how much time and energy she wanted to put into her new profession.

“It was just not worth it for my family. Because we were eliminating all of our expenses and living this lifestyle, we didn’t need it. We didn’t need the money. So it’s just like, what am I doing it for if I’m not being able to spend my time and energy on my family, but instead spending my time and energy on a bunch of fucking ungrateful fans that don’t even appreciate me.”

Rousey had a bit of a love/hate relationship with fans in the UFC as well. But it seems like that reaction played a major part in her decision to walk away from WWE while she was still one of the biggest superstars in the company.

“I love performing,” Rousey said. “I love the girls. I love being out there, but at the end of the day I was just like fuck these fans, dude. My family loves me and they appreciate me. I want all my energy to go into them. So that was my decision at the end of the day.

“It’s like, ‘Hey girls, love what you’re doing. I’m gonna try and take all my momentum and push you guys as far as I can — fly little birds, fly! I’m going fucking home!’ And that was basically it. If I ever do come back, it will never be at a full-time capacity ever again,” Rousey said.

I know Rousey's gonna catch a ton of flack for this - and kinda already has - but I gotta say: it's incredibly refreshing to hear someone at her level speak so bluntly and honestly, with zero fucks to give!

The former UFC Champion went on Steve-O's podcast and straight up said that wrestling fans are "fucking ungrateful" and drove her away from any desire to perform on a full-time basis in the span of about a year, and I don't blame her! As a lifelong wrestling fan myself, I can verify that wrestling fans ARE just as bad as she describes - probably worse, actually - and that doesn't mesh well with someone who notoriously doesn't handle criticism well.

Knowing what we do about Rousey's personality, and how some things went during her (truly underrated) run with the company last year...

…nothing she said today surprised me at all. I think she'll definitely wrestle again someday, but take her word on it being in a part-time capacity. I doubt this is a work to get heat with the marks…could be, I guess, but I doubt it. Kinda just seems like who she is.