Alright so this has been going around Twitter today and people are all chiming in with just the most traumatic experiences:

Marshawn Lynch not getting the ball on the inch line.

Oh my goodness, cry me a river folks. Teams that have made the playoffs in the last 17 seasons should not be allowed to use the word "traumatic" when discussing their fandom. Do you know how much money I'd pay to lose in the Super Bowl? I'd cut off my leg, honestly. Because that means we won the AFC Championship. Do you know what the Cleveland Browns playing in the AFC Championship game would look like? Even people saying the Saints / Rams missed pass interference call......shut up. At least you were there.

And shout out to the people talking about non-NFL games that have me literally laughing out loud.

"Oklahoma losing to Boise State on the Statue of Liberty play" -- oh my god, so devastating

"The #3 seed Portland Trail Blazers getting swept 4-0 to the Pelicans in the 1st round of the NBA playoffs" -- I mean, is this real?

These replies really show me how good the rest of the world really has it. They don't even know what traumatic means. But I do. Welcome to Cleveland: home of the depressing, distressing, and damaging.

I feel like this discussion should only be for Ohio sports fans. And it would be quite an entertaining one.....for the rest of the world. We can start with The Drive and The Fumble and The Shot.....but that's old school. Forget anything that happened outside of 25 years ago, no one cares. How about when our team got up and moved to Baltimore? How many of you know how that feels? What about the Indians blowing a 3-1 lead in the World Series which would've been their first title in like a billion years? What about the refs taking away the title from Ohio State this year? TARGETING?? 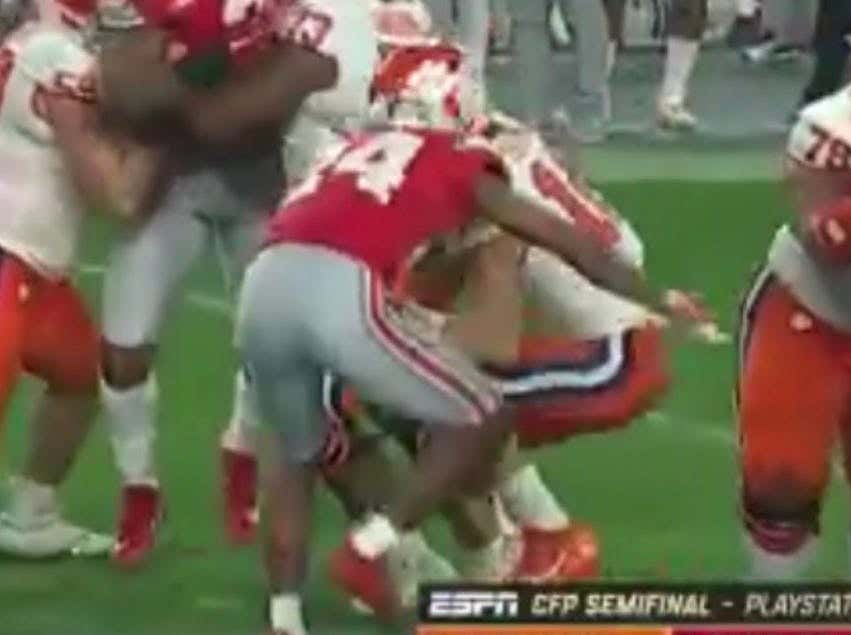 But again, that's a championship experience....I can't get that mad over it. I'm pretty much over it.

The more traumatic experiences for me.....how about when we went 0-16? And THIS is how it ended on 4th down.

That's traumatic. LeBron leaving TWICE. That's traumatic. Urban Meyer and Jim Tressell being forced out for caring too much. THAT'S TRAUMATIC. But for me, I have one story that I just can't come back from as a Browns fan, and it begins with my guy Johnny Manziel.

No, I'm not talking about when I threw my beer in the air on draft night when we moved up to #7 and Rodger Goodell said we took "J....." (throws beer in excitment) "ustin Gilbert". Heartbroken. Then 18 picks later we took Johnny and it was like I just got back with the girl of my dreams. No, the traumatic experience was not that night. It was the day of his first ever NFL start. The money man, our savior, got the nod against the Cincinnati Bengals on Dec. 14th, 2014. I stacked up all of my cash and headed up to Cleveland to make it rain. 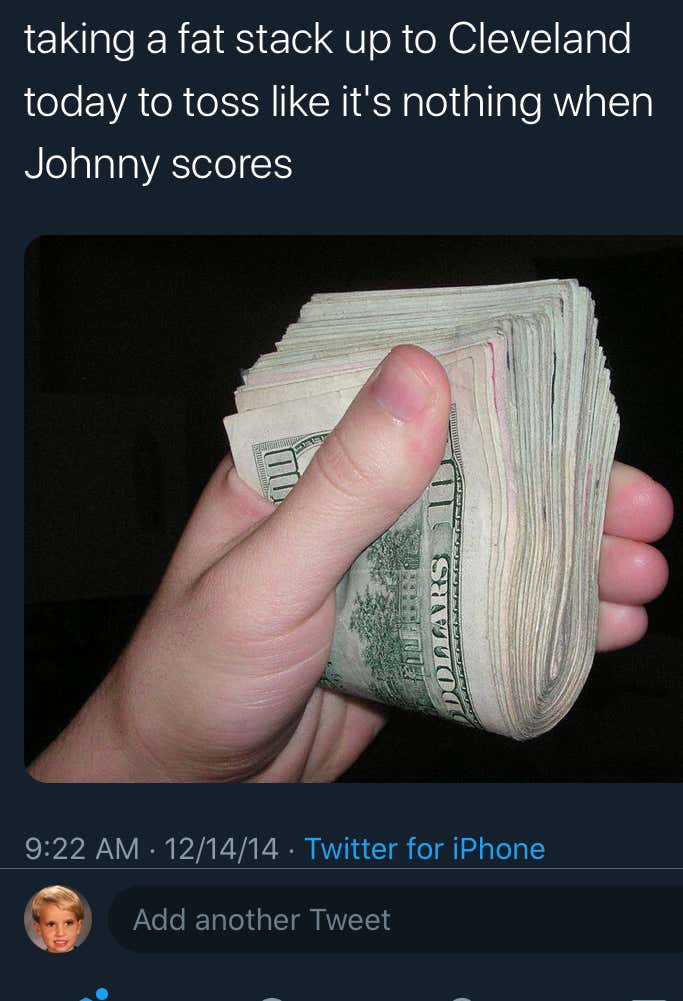 Okay, I definitely didn't take $100s. That was for show on Twitter. But I did take one hundred $1 bills into the Dawg Pound to toss in the air when Johnny scored his first TD. I was SO pumped for that game. 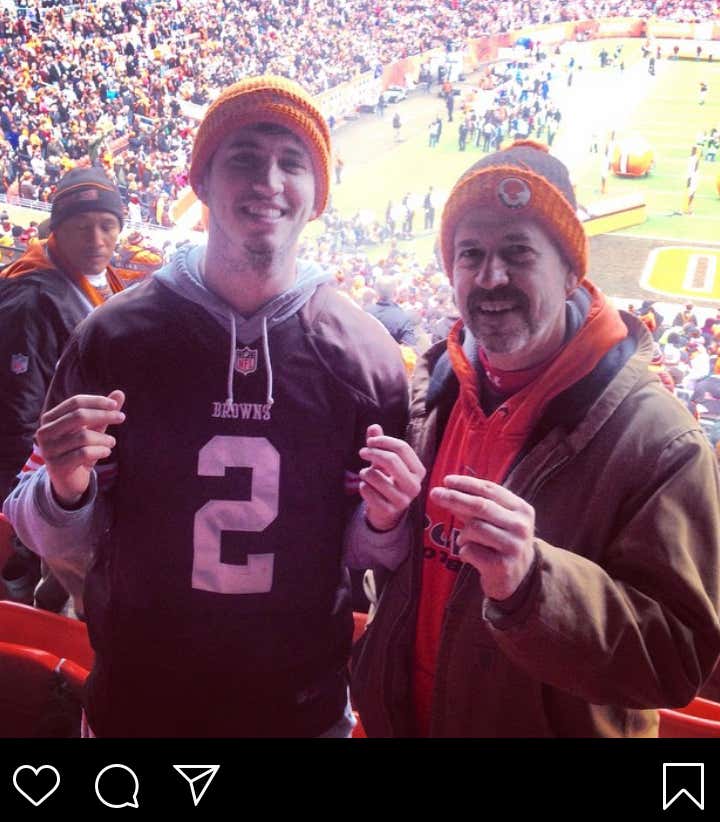 The money man!! Johnny brought an electricity I've never before seen. If you were from Cleveland, you had to be at his 1st start. You just had to be! And I was going to start a trend. Throwing dollar bills up in the air. I was going to be the life of the party. I just needed one touchdown from Johnny!!!!