Just to catch everyone up so this makes sense.

Hannah Ann Sluss appeared on Wednesday's episode of Off the Vine With Kaitlyn Bristowe and shared what she really thinks of Peter Weber's "manhood."

When asked to compare it to a vegetable, the model from Tennessee picked cauliflower "because it has no taste."

"Cauliflower needs a lot of flavor. It's just bland," she said. "There's no taste." Kaitlyn Bristowe said she was "thinking, like, more of a limp asparagus." "Yes, but asparagus is good though," Sluss told The Bachelorette alumna. "Cauliflower is just bland."

Those comments went viral yesterday because of just how devastating they were. I went over it in my original blog about it but there's just never a good scenario when your dick is being compared to cauliflower. There's zero ways to spin that into a positive.

So then what does Hannah Ann do last night on instagram? Shy away from the controversial comments? Nope! She made spicy cauliflower bites! 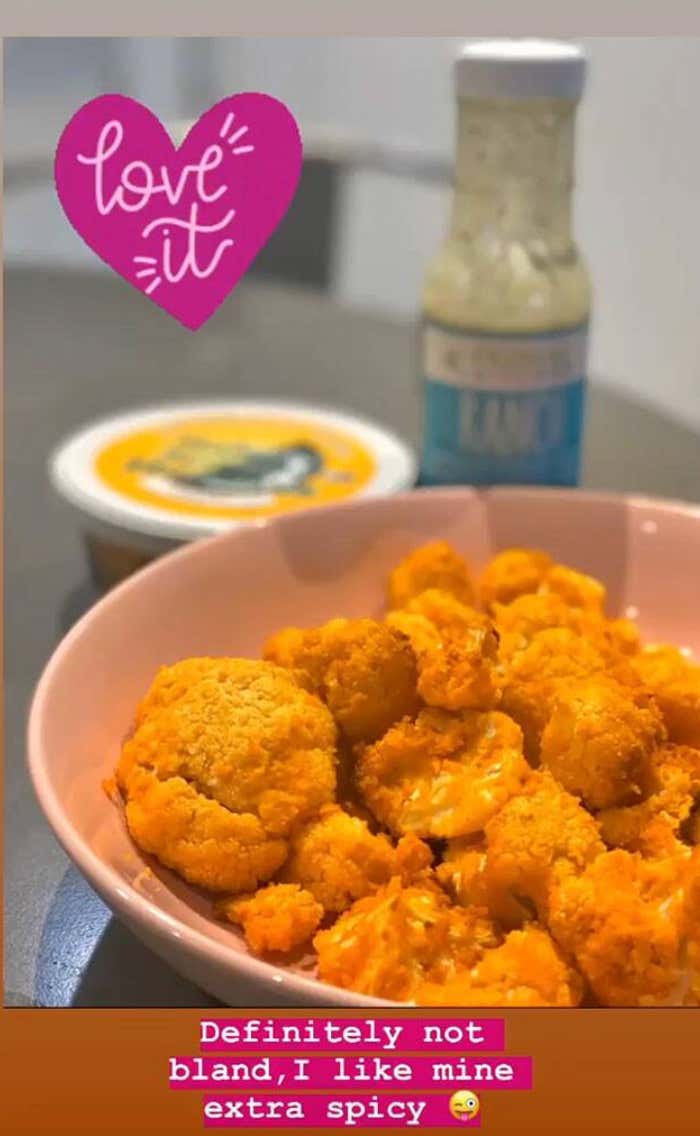 "Definitely not bland". Bah gawd! I'm a BIG fan of this Hannah Ann. BIG FAN. She's fucking ruthless. I've seen a few people saying, "Hannah Ann needs to grow up. These responses are childish" and maybe they are but I think she's allowed some time to drag Pilot Pete through the coals after what happened. You don't want someone comparing your penis to an unflattering vegetable? Don't propose to a person who EVERYONE knows you don't intend on marrying. In front of millions of people no less! However, if you do that, don't be surprised when the claws come out. And to be fair, from the interviews I've listened to, Pilot Pete takes the lion's share of the blame for what happened, if not all of it. He knows he fucked up and feels terrible. Hannah Ann clearly just needs some time to vent and Pilot Pete is gonna catch the brunt of that venting.

She was even nice enough to share the recipe! 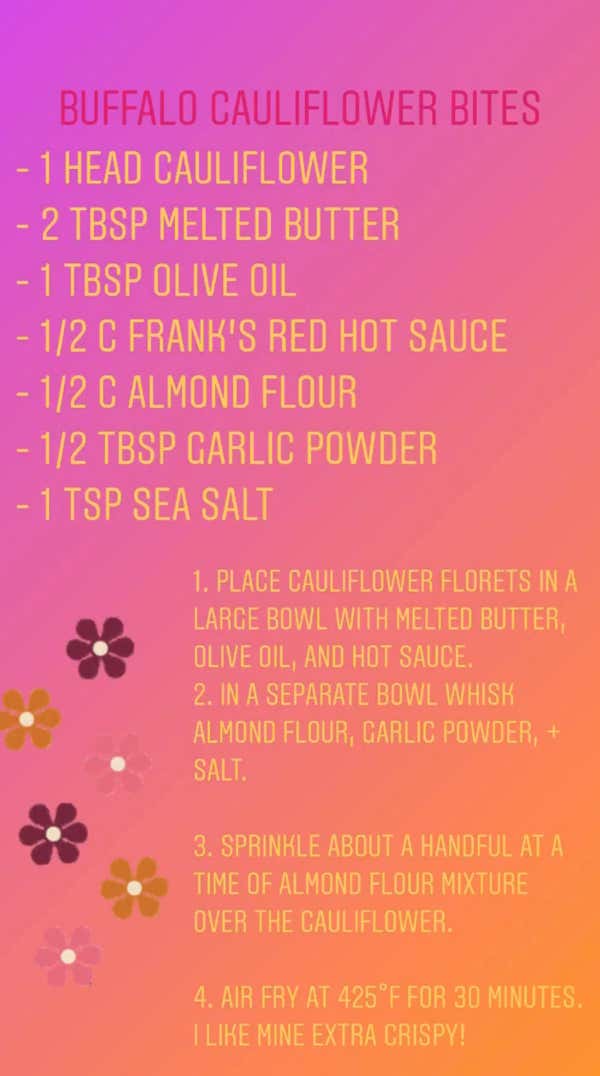