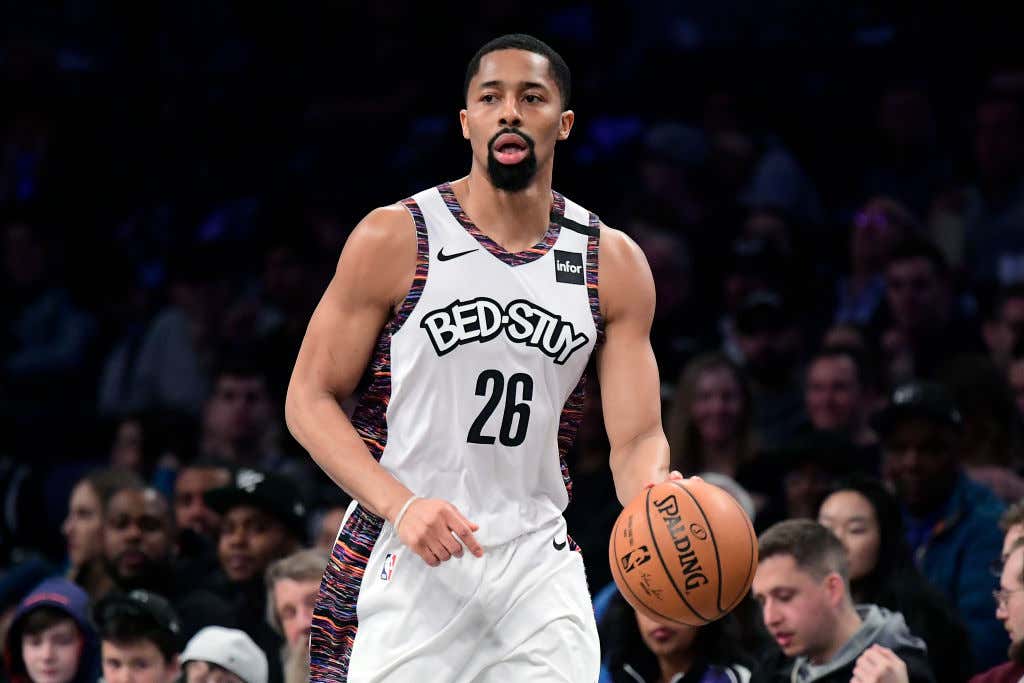 Spencer Dinwiddie is a lot of things. One of the best clutch players in the NBA (seriously, look it up he's 7th in clutch points), a fringe All Star talent, and honestly quite the ideas man. You may remember his brilliant plan to fix the NBA season once it eventually comes back

Well he's back at it again, this time saving the Chicago Bulls. You may have heard they recently signed a new GM and I'm not so sure that Arturas Karnisovas didn't just use Dinwiddie's plan in his interviews because honestly it's pretty fool proof.

Right off the bat, is this even possible? Sure is! Both make basically the same salary at around $10M.

This is where the plan starts to get brilliant. You want something done in today's NBA? You go to Klutch. Rich Paul is the most powerful person in the entire league and since Dinwiddie is his own GM he can guarantee that max deal which I'm sure Klutch wants on their books. I'm not sure if that's enough to get AD away from their #1 client and Lakers fans most definitely hate that trade proposal but who cares about Lakers fans. Remember, AD always talks about playing in Chicago, is from Chicago, and is basically a Bull already.

OK so outside of AD this would be a disaster defensively, but offensively? Admit it, that collection of talent is pretty damn good.

Need fan favorites and good chemistry guys. Dinwiddie for sure knows how important that is after spending this season with Kyrie. All the talent in the world means nothing if you don't have good chemistry. Problem here is Blakeney isn't currently on the team but don't get caught up with the specifics. The idea is solid.

Covington is intriguing and would definitely help their defense as a legit 3 and D guy. Not sure what his future holds in HOU since he is perfect for their system but I like where Dinwiddie is going here. That roster needs defenders.

I think a lot of people sleep on Terrence Ross because he plays for the Magic and who the hell is watching the Magic, but the dude can play. He's a walking bucket. While I love Mook, there's no way everyone would be cool with him just taking every shot, so if I had to choose I'm going Ross.

This is the big question here. What the hell does Otto Porter Jr do. If he opts in you have the money to trade for Drummond who makes sense because AD is not going to want to play the 5. He's a little bitch boy when it comes to playing center.

Dinwiddie is no dummy. He knows that the superstars run the team.

I mean look at that roster. That's a top 4 team in the East no problem. Almost makes you wonder what was taking GarPax so long to figure out this rebuild if Dinwiddie just did it in a series of tweets. I'm sure there are some cap manueverings that would have to happen to pull it off, but that shit can always be figured out. In terms of a rebuilding blueprint, that's pretty rock solid. I'm not saying the Bulls should follow this exact plan, but they have to at least look into some of these moves right? Why not?

It makes you wonder what other franchises Dinwiddie can fix. How about the Knicks?

Smart move. Nobody will be able to save that shit show as long as Dolan is around so it makes sense that Dinwiddie wouldn't want that blemish on his GM record.

So, Bulls fans. How do we feel about this plan?