I need a breather after writing that headline. What a mouthful.

I'd do better if I could but as you'll see there's really no easy way to summarize this phenomenal story. To quote a 16-year old version of myself, IT'S ABSOLUTELY CLASSIC DUDE.

Let's go to the tape:

Huffington Post - The mayor of a small city in Illinois warned citizens that he had ordered police to break up parties and issue citations to enforce the state’s stay-at-home orders that are meant to slow the coronavirus pandemic.

Quick break in the action to make sure we're all on the same page from the start. Alton is a small town in Southern Illinois generally populated by the kind of people who bathe in the figurative blood of Jesus Christ. Naturally, you can imagine the Stay At Home order isn't too popular when cloaked with such immunity. So Mayor Walker beefed up police enforcement to maintain order while staying on our billionaire governor's good side. Call it a win-win.

But when the officers did so, they found his wife at one such gathering.

And now the plot thickens. I ask all of you to assume the position: you're a small time mayor with a huge ego and nice home. You're well on your way to carving a local legacy and almost everybody loves you save for the 26 people who voted for the other guy. Normally you can handle most municipal matters like fixing the stoplight and plowing Main street, but you're certainly no expert on the COVID-19 pandemic. Even so, administrative common sense tells you that staying inside >>>>>>> religious protections. You plead with the community - literally For The Love Of God - remain home and social distance. Three weeks later it's still $2 domestics at Fast Eddie's on 4th street. You can't take it anymore so you consult the Police Chief, an even more sensitive move since you finished The Wire on quarantine. It feels dirty but you can't let Alton become Ground Zero.

Every mayor dreams of giving that command. They just don't ever plan on using it.

This one feels good.

If you can immerse yourself in the fact pattern, you'd probably be pissed enough to post on Facebook too:

On Monday, Walker issued a statement on Facebook saying police had found his wife at a bar in the city that was operating in violation of Gov. J.B. Pritzker’s stay-at-home orders.

I now present the Facebook musings of an enraged middle-aged, publicly-elected small town conservative Mayor that may or may not have just become exceedingly suspicious of his wife's fidelity:

Mayor Walker's Facebook -At approximately 1am on Sunday morning, I was informed that the Alton Police Department was investigating and stopping a social gathering in downtown Alton that was occurring in violation of the provisions of the statewide "Stay At Home" order.

I was also made aware that my wife was in attendance at this prohibited social gathering. I instructed the Police Chief to treat her as he would any citizen violating the "Stay At Home" order and to ensure that she received no special treatment.

My wife is an adult capable of making her own decisions, and in this instance she exhibited a stunning lack of judgement. She now faces the same consequences for her ill-advised decision as the other individuals who chose to violate the "Stay At Home" order during this incident.

If you know Dad Rage then you know this is one of it's most extreme expressions. It's not the All Out screaming or threat of violence that really scares you. It's the controlled, tight lipped, well-spoken judgement that cuts deepest. "Exhibited A Stunning Lack Of Judgment" is something Nick Saban says in front of 20 ounces of room temperature coca-cola after he murders suspends a player. And in the world of public officials and re-elections the concept I'm Not Mad, I'm Embarrassed is sooooooooooo far worse than I'm Disappointment.

That's what makes this so sensational for me. This guy just dusted, killed and buried his wife just as effortlessly as he could have put her in a squad car and sent her home. Makes me wonder what the real story is so I went to publicly available facebook to do some digging 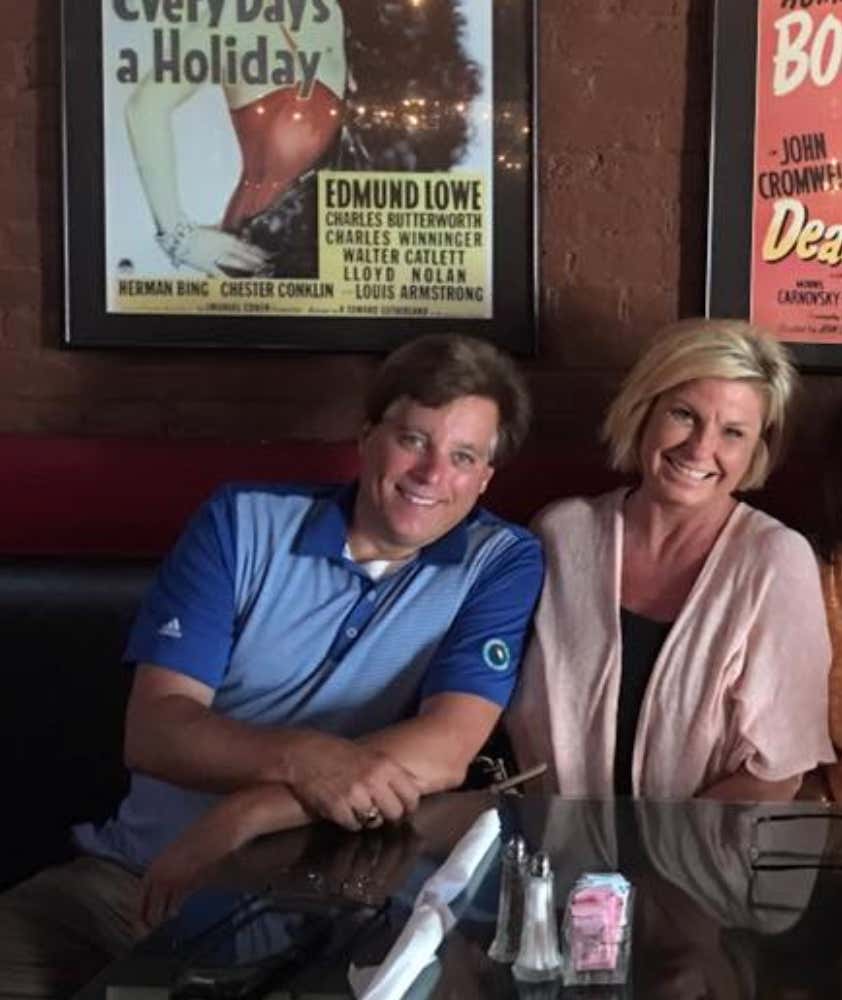 My investigation stops here with this picture. I'm no expert demographer but that's the face of a woman who needs to be in a bar 5 nights a week. I know that face. They populate bars across America… practically integrated with the ecosystem at this point so upon further review I think you just accept that you married a bar face. Not that it's a bad thing because I know plenty of guys that are happily married to bar faces. But if you're a mayor you have to go above the call to keep your bar face out of the news during a global pandemic. That's 101 of marrying a bar face.