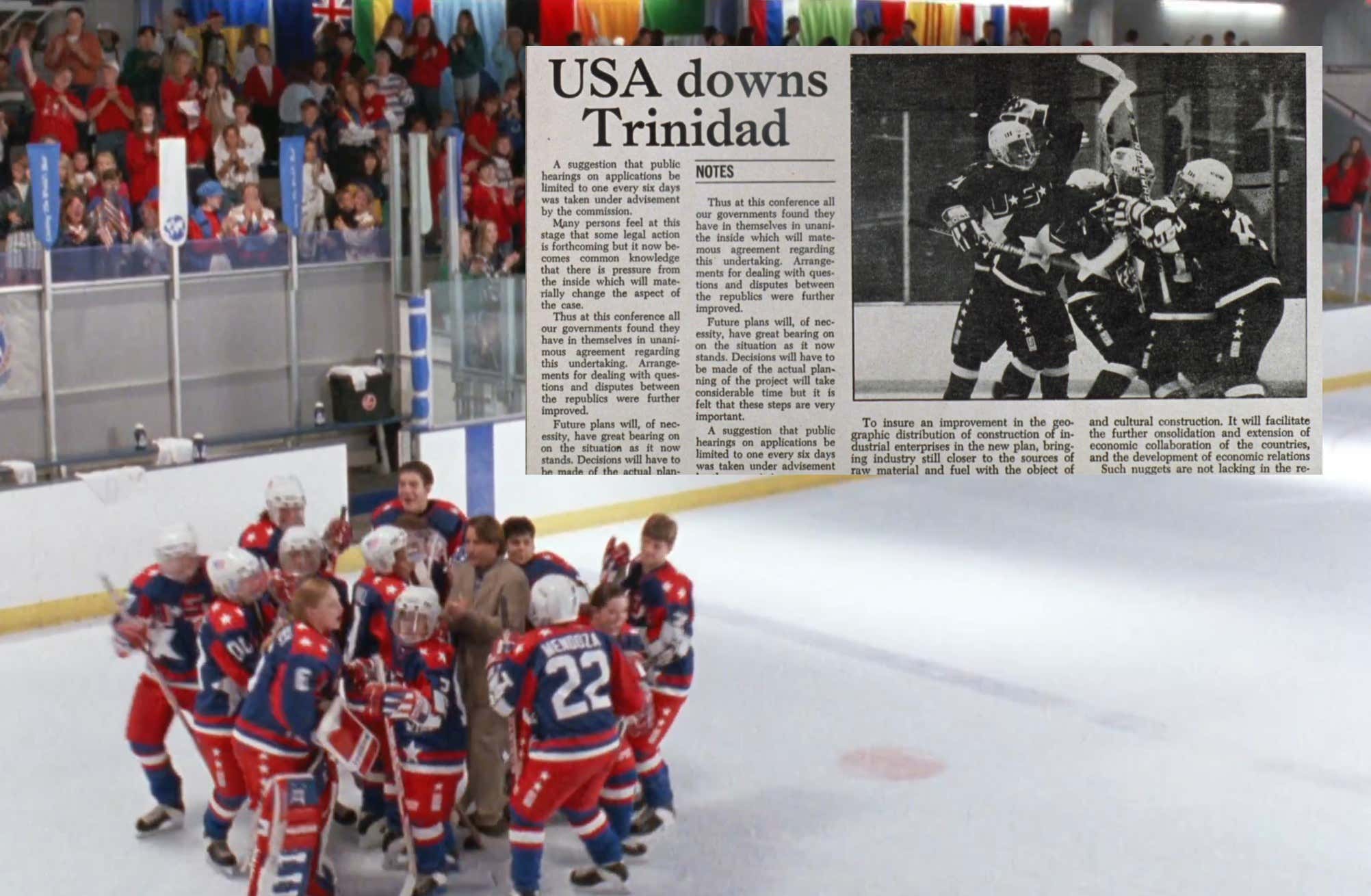 There has never--and will never--be a more impactful and meaningful sporting event in America than the 1994 Junior Goodwill Games. You think about what this tournament did for us as a nation and it taught us how to believe. It taught us how to be great. And most importantly, it taught us how to fly together. You always hear about people born in the early 20th century being considered the "Greatest Generation" but how many wins have they ever had against Team Iceland? Just saying.

But anyway, the tournament was monumental for a variety of different reasons. Unfortunately, however, it appears as if the lame-stream media was doing everything in its power to make sure that we'd eventually forget about its existence in its entirety. I mean just look at how big of a joke this article about Team USA absolutely shit pumping Trinidad & Tobago was. 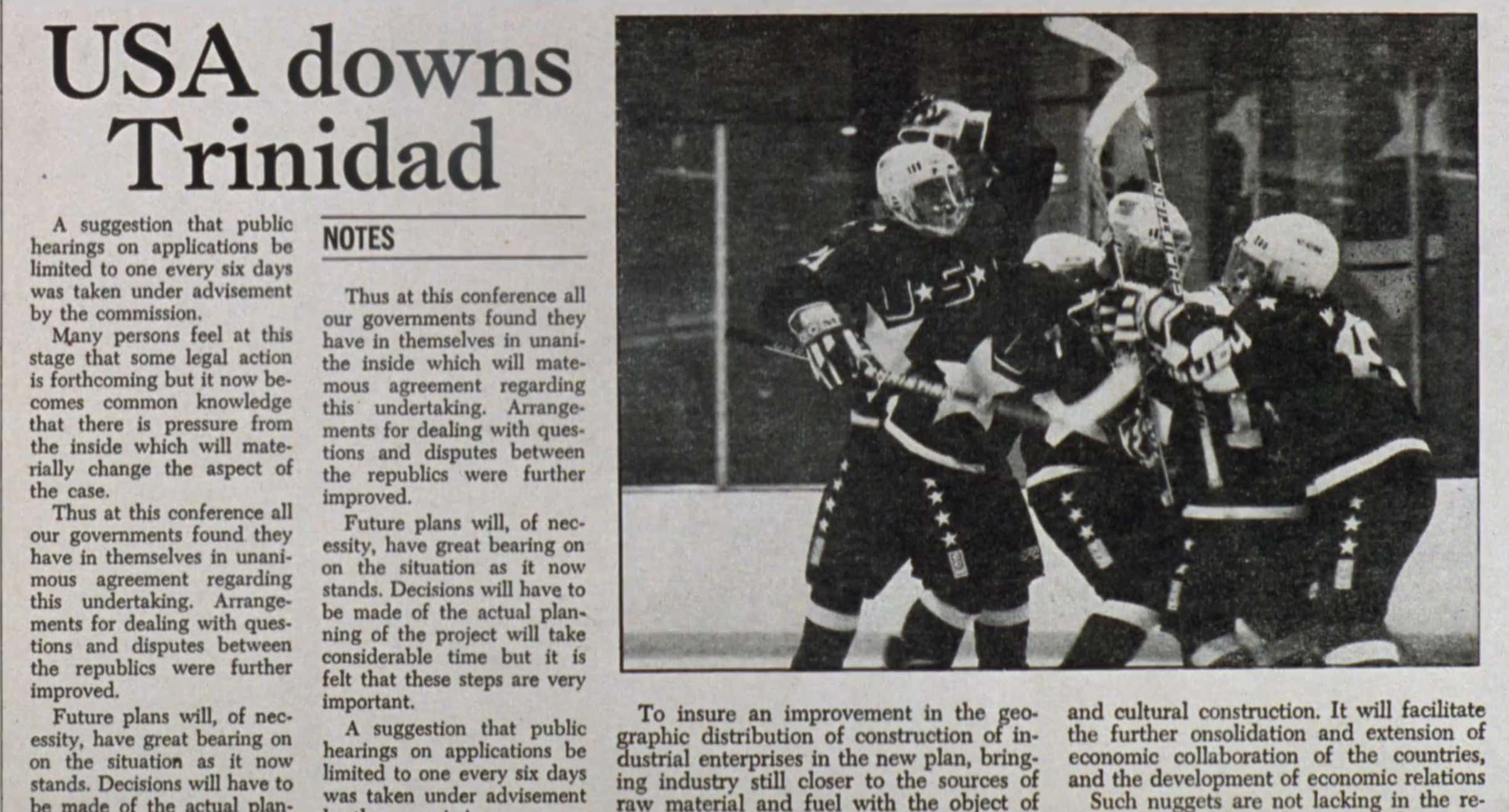 Granted, the game was a 9-2 final so its not like it was the most entertaining and intense hockey game of all time. But still. This article does't even mention a single moment from the game. No mention of Team USA getting off to an early 6-0 lead. No mention of the Bash Brothers going out there and asserting their dominance on the world's biggest stage. And it doesn't even hint at the fact that Kenny Wu ducked under a defenseman's legs before tucking away a quick wraparound goal. All the article discusses is some bullshit about public hearings and geographic distribution of construction of industrial enterprises in the new plan. What the fucking shit is that all about?

Imagine if the media never covered World War I and World War II. Imagine if the media never covered the Miracle on Ice. There would be all of these historically significant moments in America that would eventually be completely forgotten about because a bunch of cowards didn't do their job at the time to document it all. There's nothing new about the Fake News. It's been going on for decades at this point. 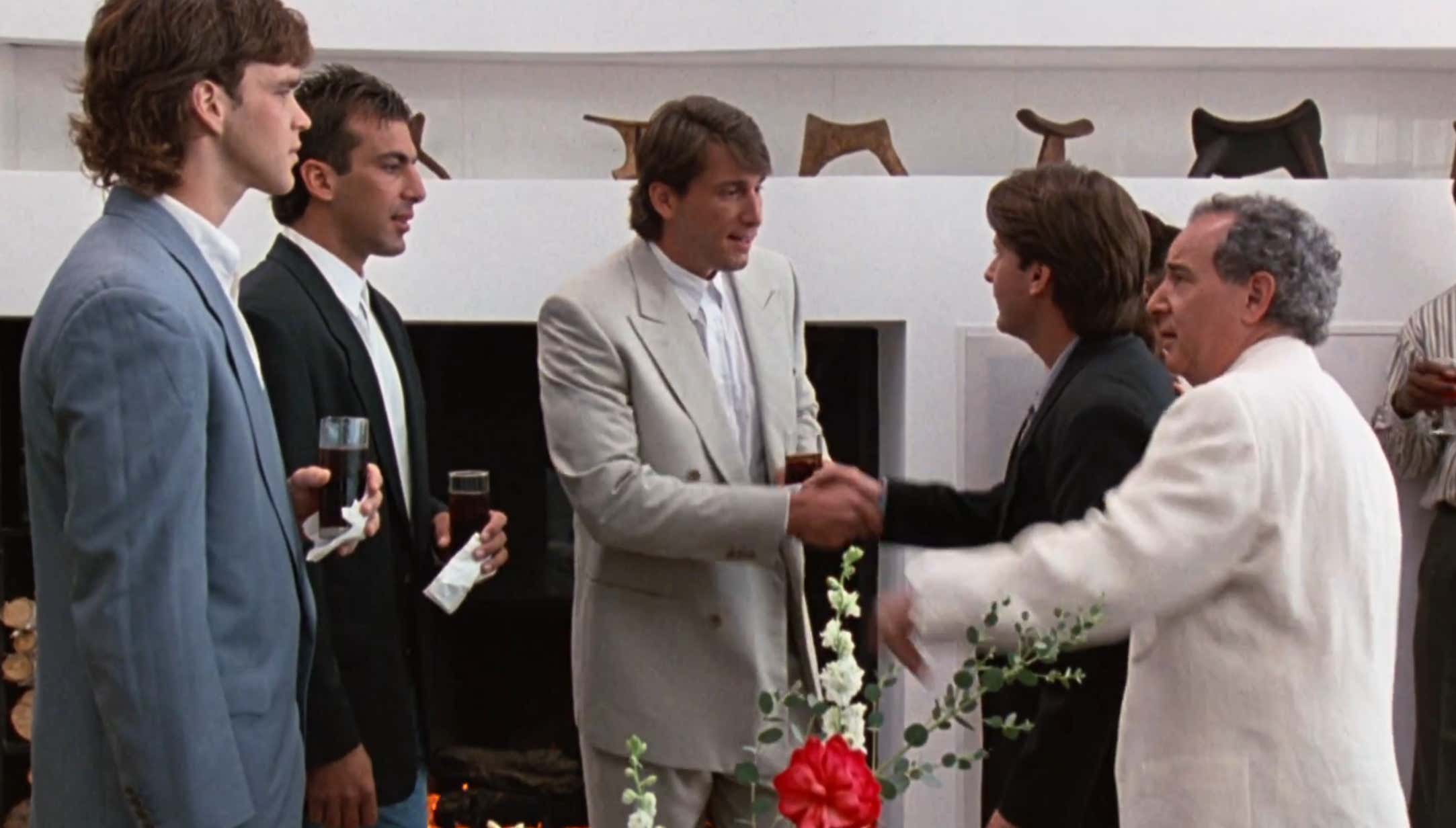 Sidenote #2: I still can't believe anybody ever had any issue with Bombay wheeling around that smoke trainer from Iceland for a little ice cream date.