Throughout my years on the internet, I think I’ve staked my claim as the biggest Mighty Ducks Trilogy fan. I even went as far as to writing out my own version of a 4th installment of the series. You can read all of it here, here, and here if you haven’t already. It’s a movie franchise that consumes the majority of my thoughts on a relatively daily basis. But while I love almost every aspect of the trilogy, there is still one thing that continues to rub me the wrong way. Even after all these years, I haven’t been able to shake this one. And that is, of course, the fact that Fulton Reed and Dean Portman were so butt hurt over Gordon Bombay taking the Team Iceland trainer out for a little ice cream.

Now I understand where their anger and frustration was coming from. Iceland was their biggest competition in the tournament and to see your head coach wheeling around their trainer can make it seem like he’s not all in on beating the ever living shit out of that team. But c’mon, man. Grow up and stop acting like you guys weren’t out past curfew for the exact same reason why Bombay was out. Portman and Fulton were out on the town looking for some ass. Bombay was doing the same thing but the only difference is he actually pulled some. This is an international tournament we’re talking about here. These guys are in Los Angeles for what? Maybe a week or two tops? And then after that they have to head back to freezing cold Minnesota? You’re damn right Bombay is going to make the best of his time while he’s there and it doesn’t get any better than this absolute rocket of a trainer. 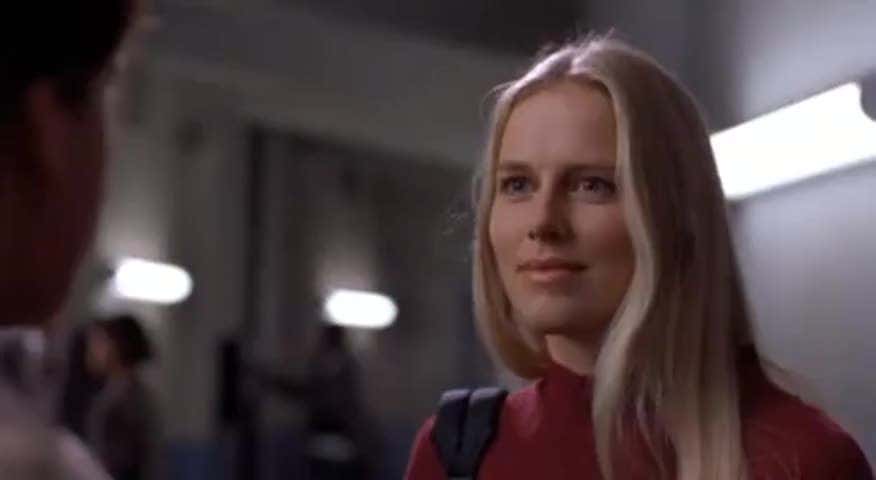 And not only is she a rocket, but she seemingly knows everything about Bombay. She did her research on him well in advance and this was before the days of Facebook and other forms of social media. It’s not like she could just find Bombay on Instagram and learn everything she needed to know about him right there. She had to do some actual investigative work and that’s exactly what she did. And this is Gordon Bombay we’re talking about here. I know he’s one of the most legendary coaches in the history of the game but he’s still just a youth hockey coach when you really think about it. He’s not some big name Hollywood actor or anything. He’s a guy who coaches teenagers playing hockey and this trainer from Iceland still did her homework on him. So my question to Fulton and Portman is this–what the fuck did you guys want Bombay to do in this situation? Say no? Are you kidding me?

They both know damn well that if the roles were reversed and they had some Icelandic girls all over them, they wouldn’t just go back home to the hotel because there’s a big sports match against them the next day. I just think they both owe Bombay an apology is all. They were living in some fairy tale world where a youth hockey “rivalry” against a team they never even played before is more important than wheeling rockets around in LA. The only person who actually had any right to be mad at Bombay about this situation would be Charlie considering the fact that Bombay was also giving it to his mom. But other than Charlie, everybody else can get bent if they took any issue with him taking this trainer out for ice cream.

P.S. – I don’t know if this is where everybody learned that Iceland is all green and Greenland is all ice, but I’m willing to bet that at least 85% of us learned that fact from this scene right here.