We're trying to get through it. Some may not want to watch hoops on a day like today, but I refuse to do that. Every day that we should have NCAA Tournament games, I'll find a full video of a game to put on. First round games will get past first round games, Sweet 16, etc. Hell, I might do more than one per day just to scratch the itch.

Today should be Final Four Saturday - one of the best days of the year. Nope, I'm not mad at all that I should be sitting in Atlanta right now instead of quarantined in my house. Not one bit. Since I have nowhere to go I started thinking though. There really haven't been that many 'moments' during Final Four games recently. We have Kyle Guy in this game (more in a second) and Aaron Harrison's three vs Wisconsin in 2014. Other than that? You have to go back to 2004 with Will Bynum's layup against Oklahoma State. Don't get me wrong, there have been good games, just not defining moments.

Back to last year. Virginia/Auburn. The question of did Kyle Guy get fouled? Yes, yes he did. It was 100% a foul.

The somewhat forgotten part is that there was a missed double dribble call:

But man, Kyle Guy has some stones. How many times do we see people - especially college kids - get to the free throw line and just choke. Remember he went there with Virginia down 2 and the entire arena was freaking out. People were still trying to figure out the call - they never showed a replay or announced it inside there. Also led to one of the most iconic photos: 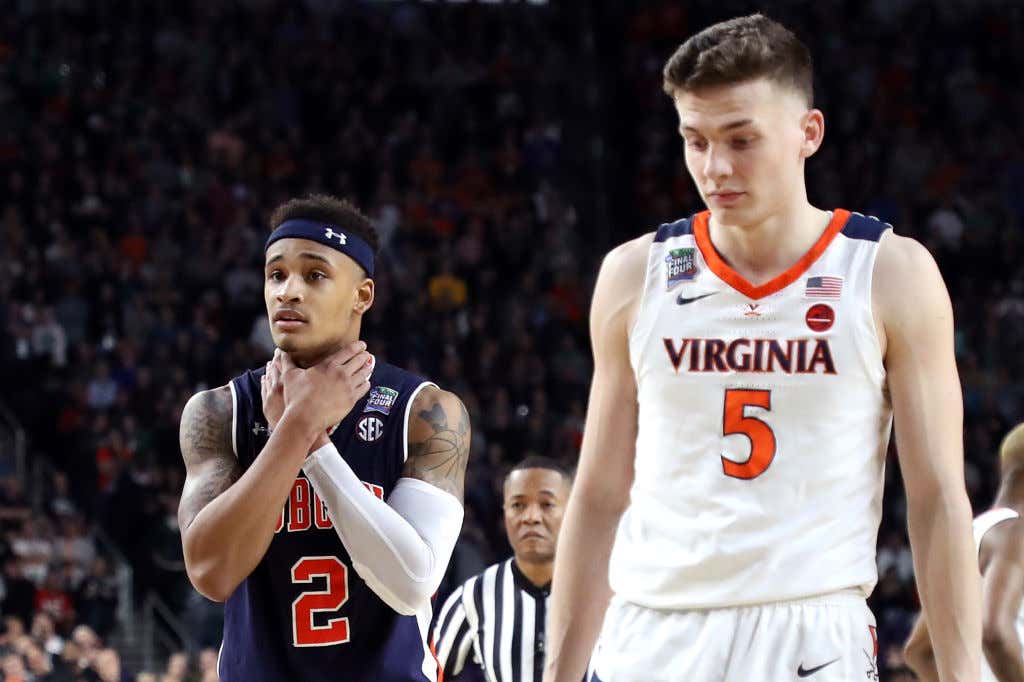