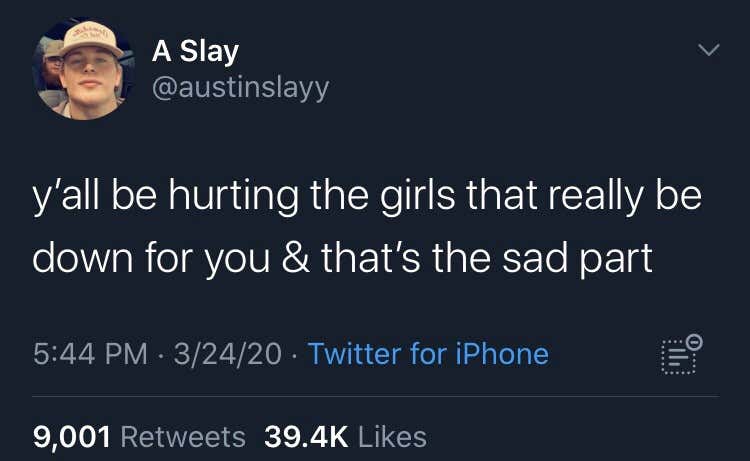 So I stumbled upon this super viral hottie of a young man on Twitter, because of course I did, and predictably ended up scurrying down the dung-ridden rabbit hole that is his profile page. His name is “Austin Slayy,” because of course it is, and he seems to have a real knack for using his unrelenting Southern charm and ultra relatable takes on modern dating to make girls, of the underage variety, absolutely fucking swoon. 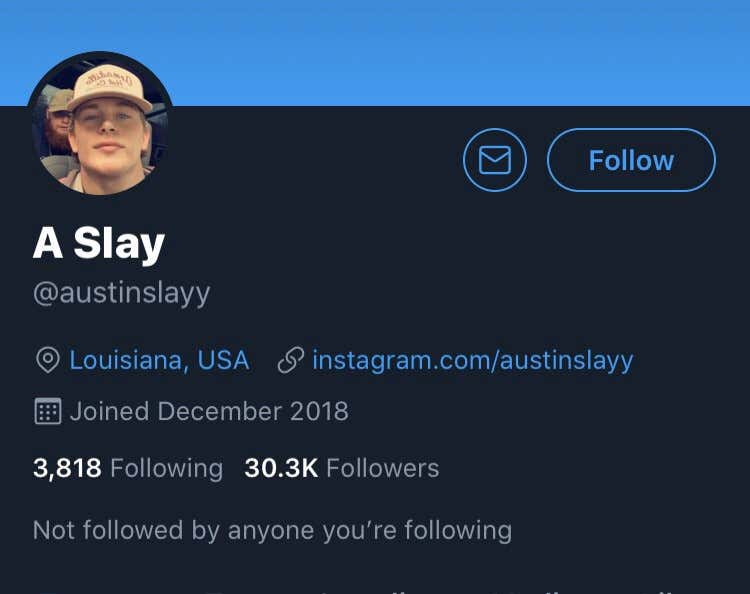 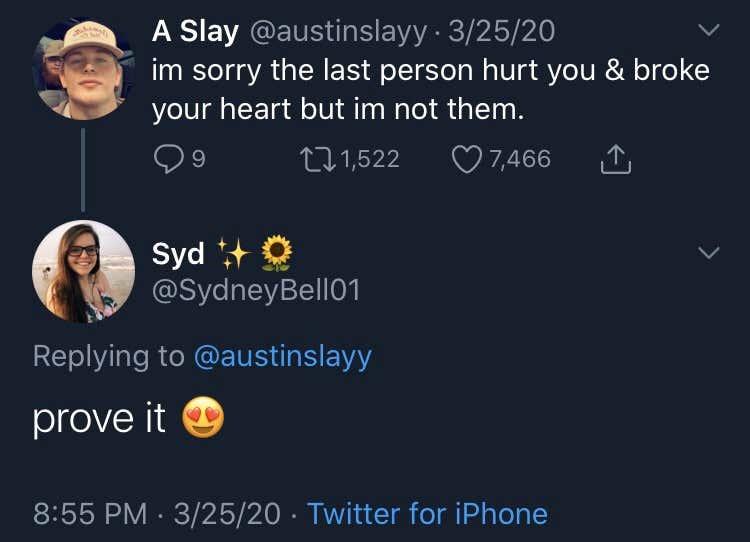 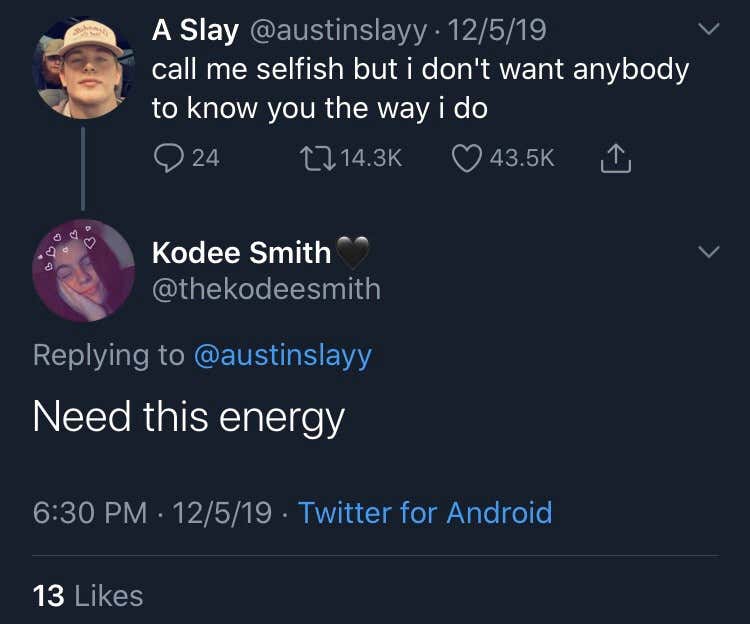 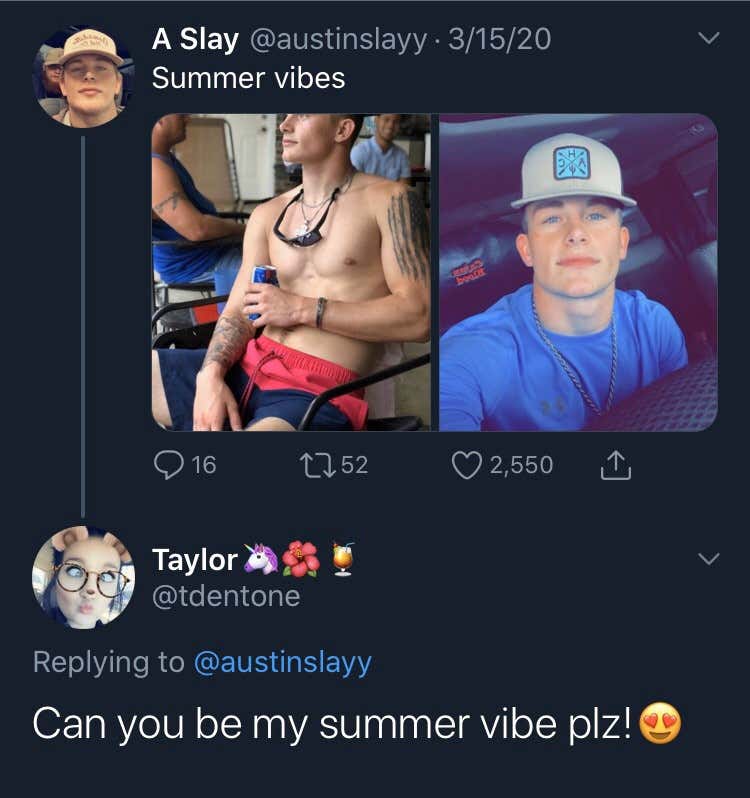 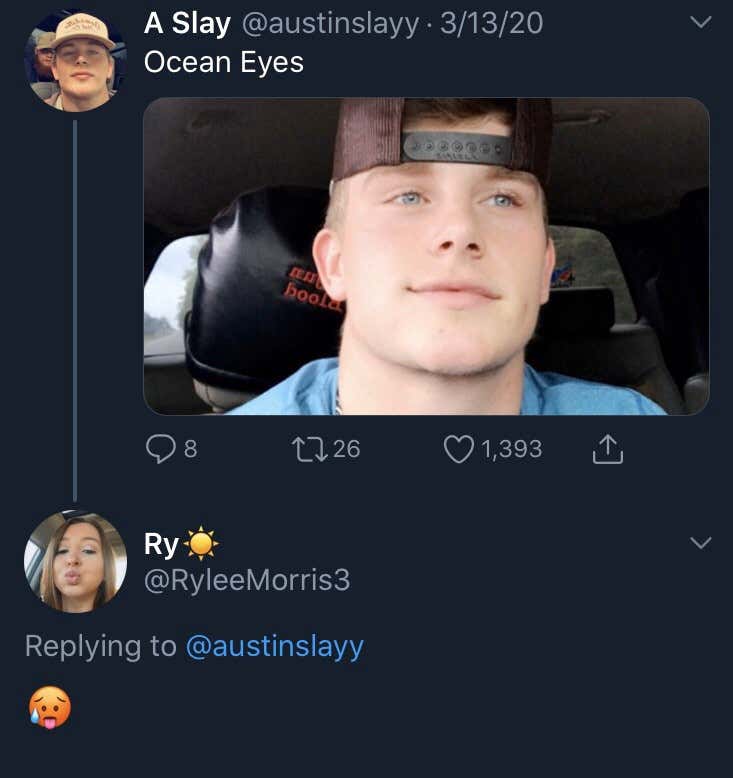 With a captivating jawline, enchanting irises, and an equally delightful grasp on the concept of love, all of his posts seem to attract a flirtatious flock of Kaitlynns and Kaitlynn adjacents, eating up his content like the macaroni salad at their 20 year old sister's second baby shower. 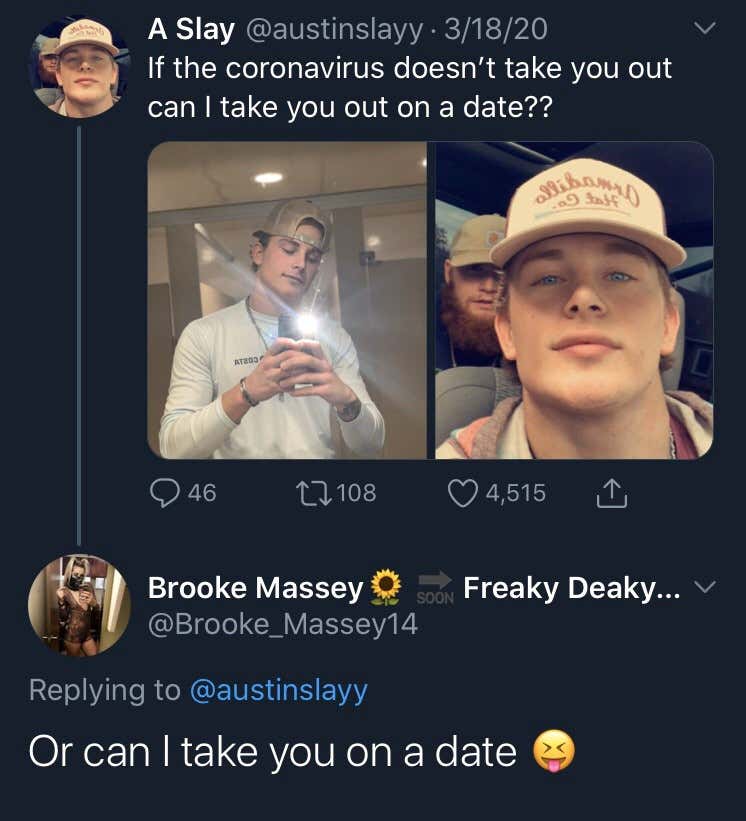 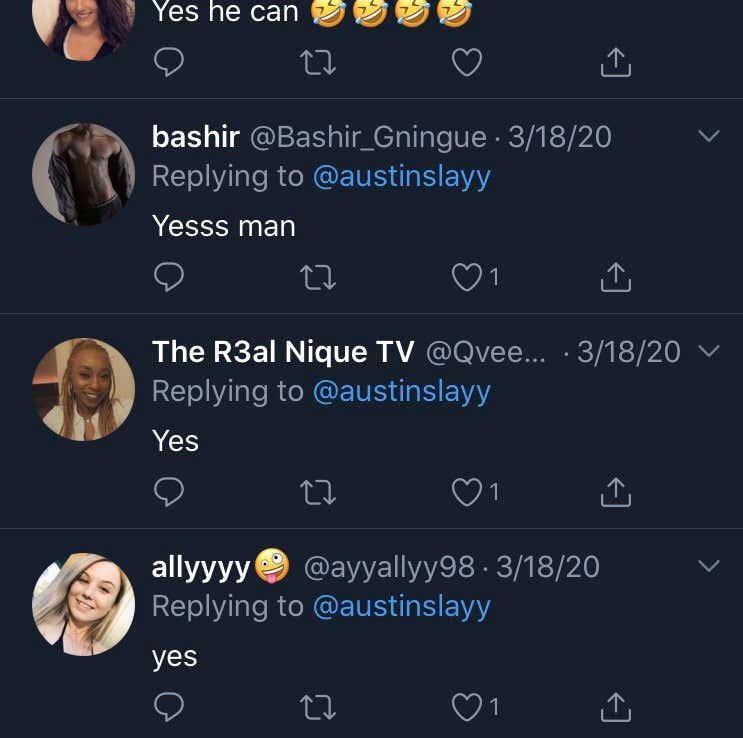 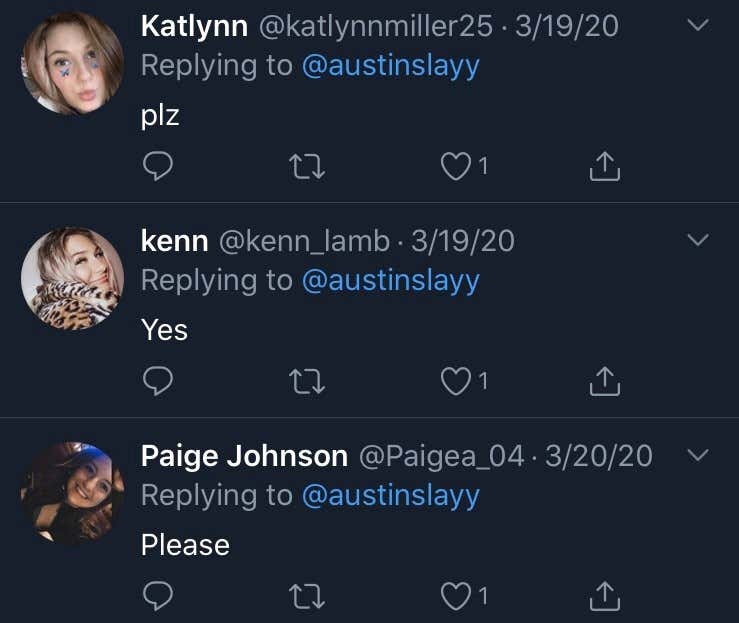 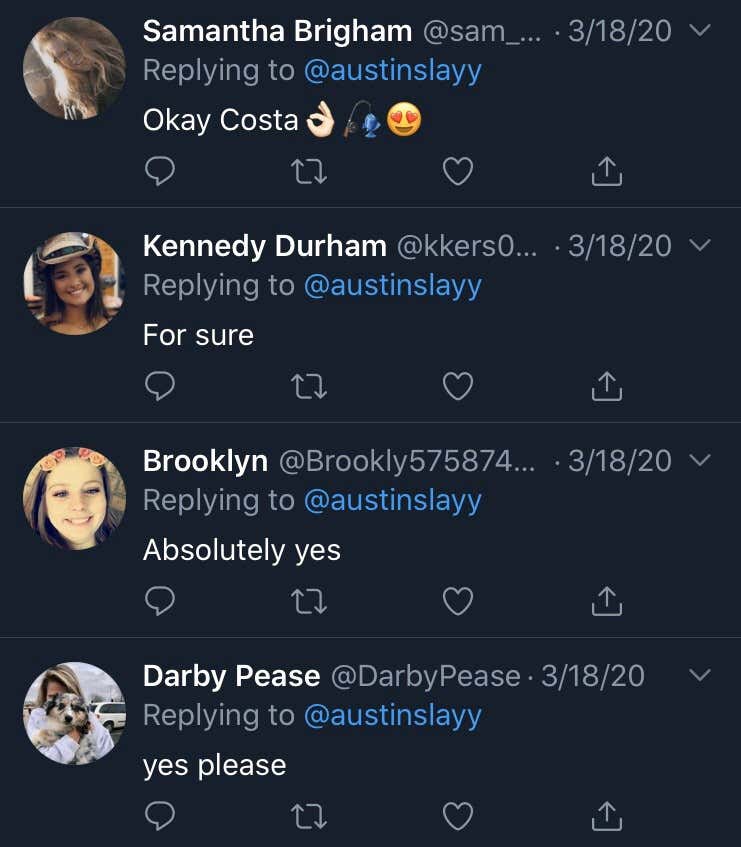 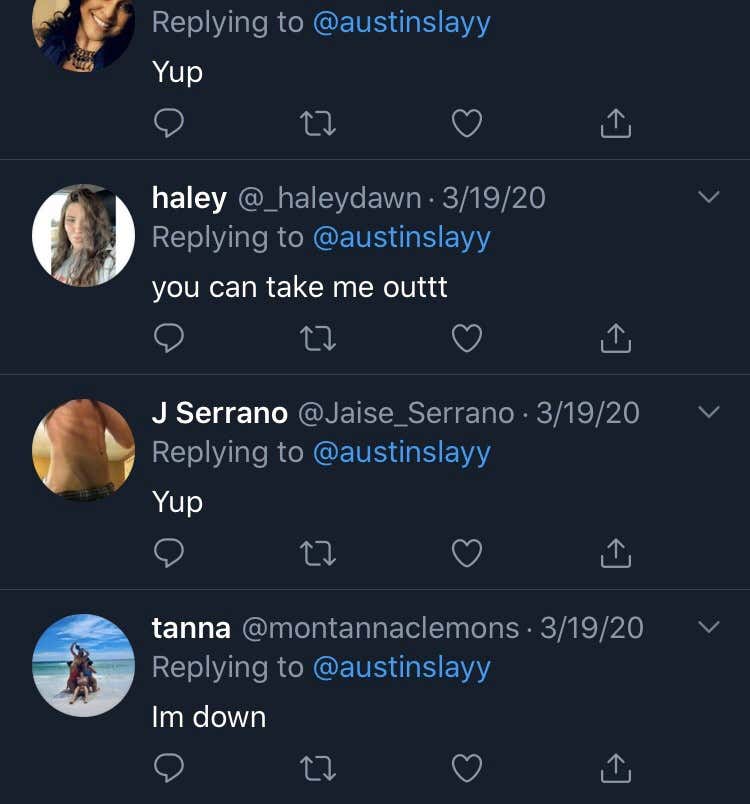 The only problem I have with all of this, aside from the fact that I’d rather pass a kidney stone the size and shape of a Gogo Crazy Bone every single day until my dick disintegrated from the top down than be forced to call that man my son, is that he’s not even the person in the photos he’s posting. No, that would be a god-fearing young man by the coincidentally similar name of Austin Slaydon. 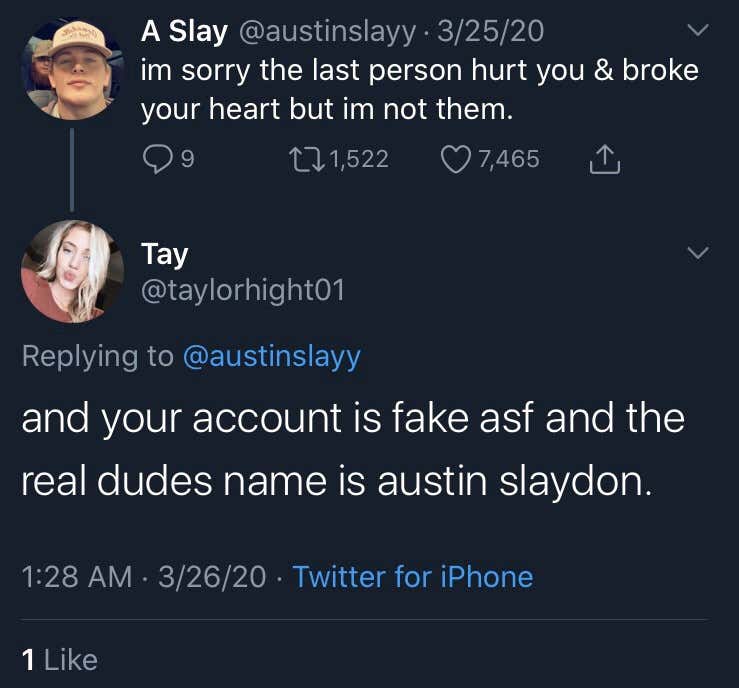 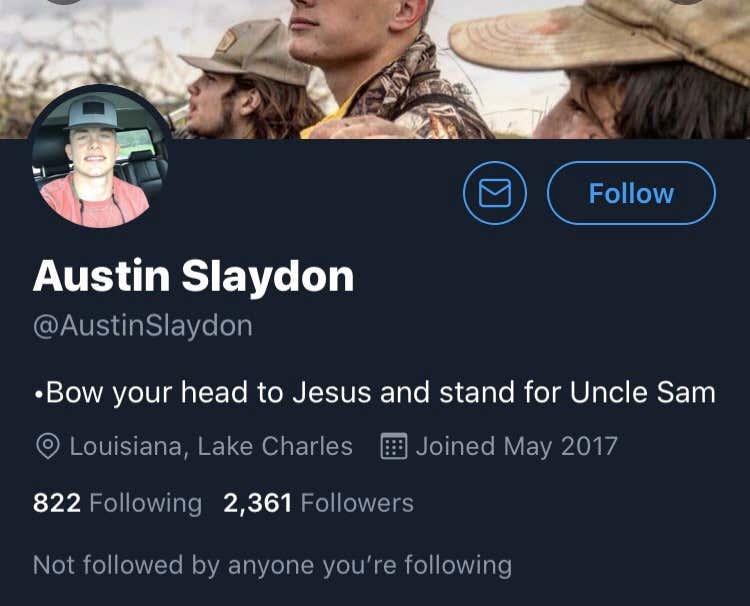 So who, or what, does that make Mr. Slayy? The anonymous imposter meticulously luring girls into his Twitter replies and DMs whilst getting them to follow his Instagram where they proceed to aggressively and unknowingly fawn over an incellular cretin who cyber hunts young women for sport. 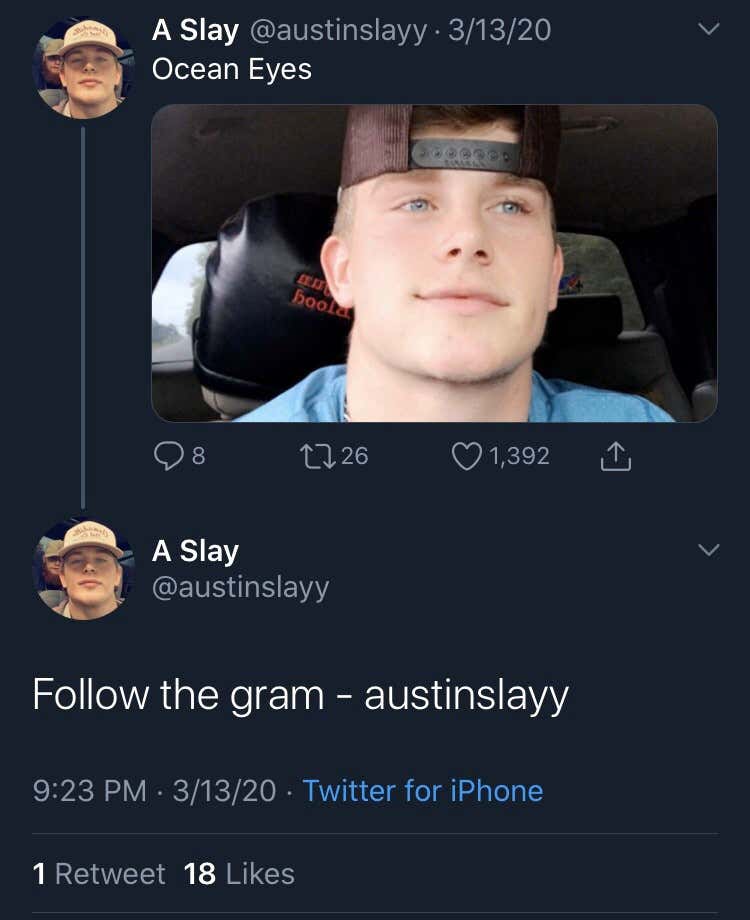 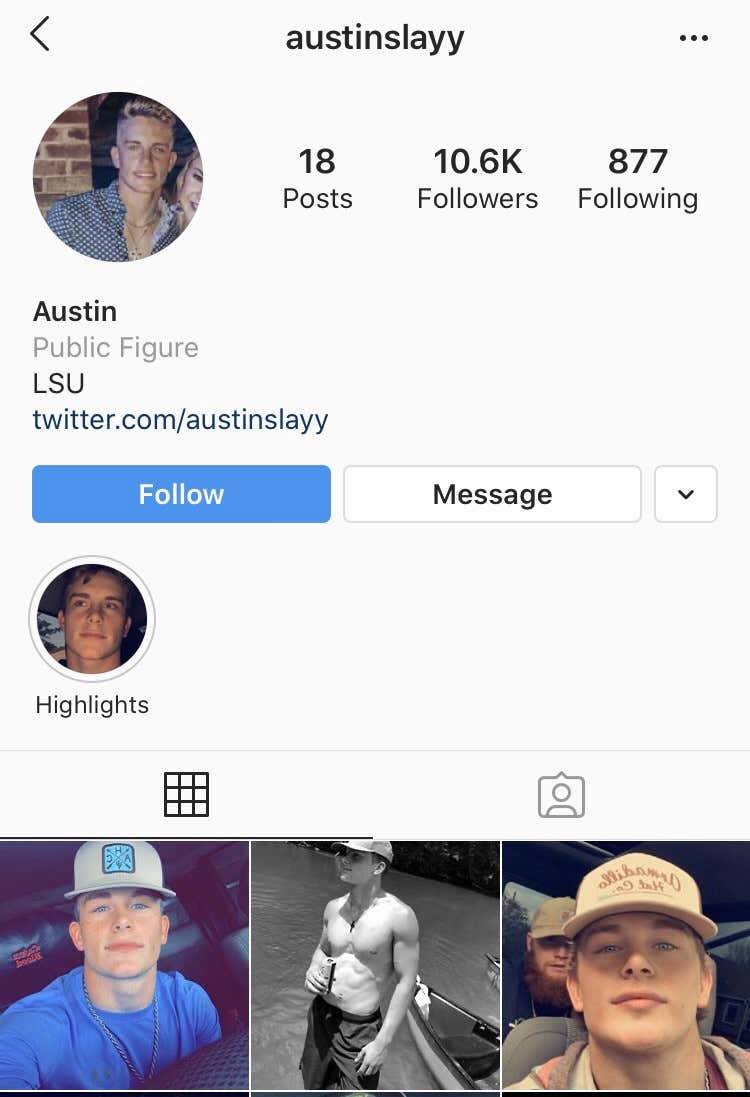 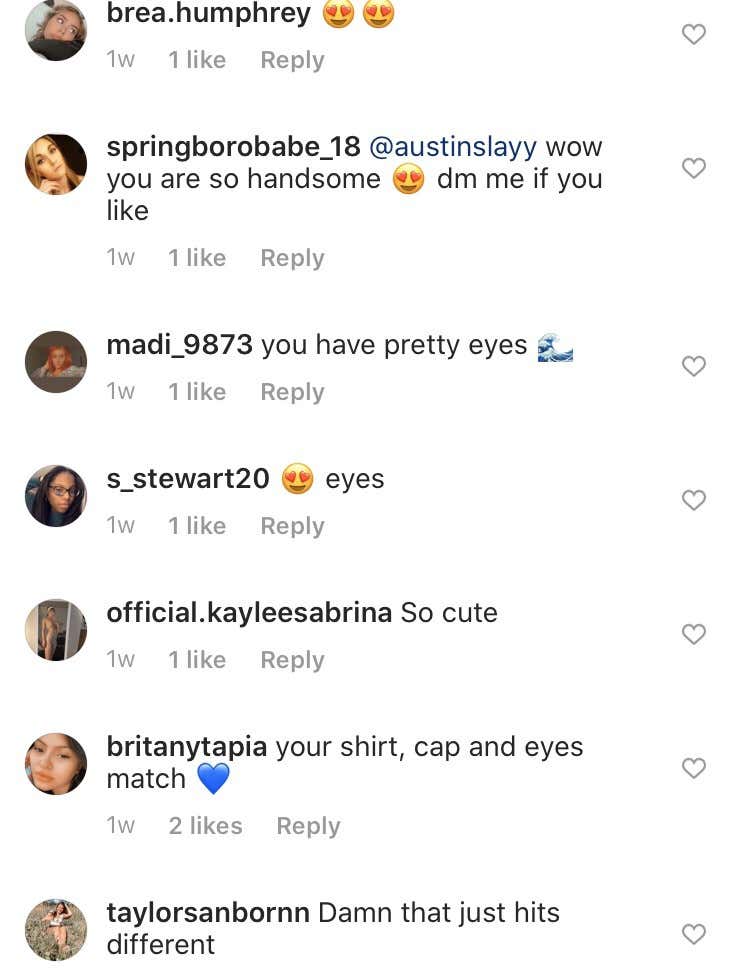 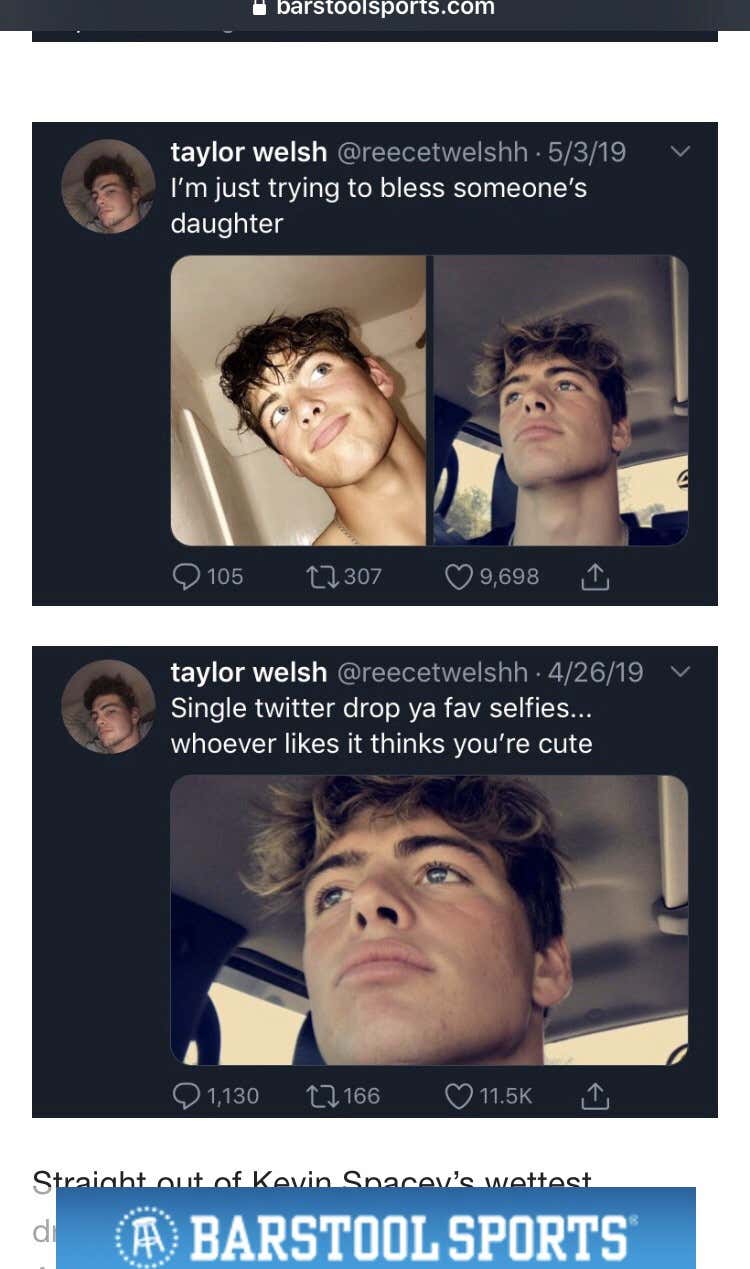 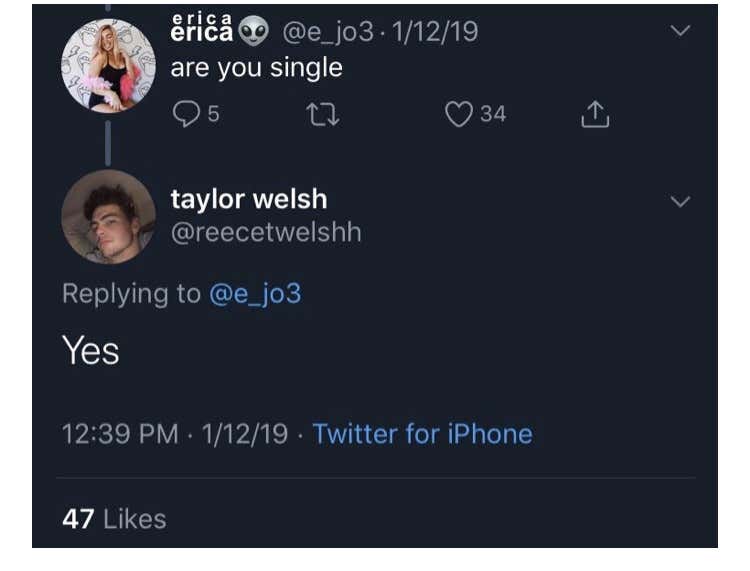 After that little exposé, he ended up deleting his accounts and fading into the abstract sewer swamps of catfish purgatory, leaving me—the Nev Schulman of people who have absolutely nothing in common with Nev Schulman—finally at peace. Or so I thought. A recent Twitter search for "reecetwelshh" (sometimes you have to dig up the graves of your dead enemies just to revel in the smell of their increasingly rotting corpses) suspiciously redirected me to none other than the Twitter handle of Austin Slayy himself. Hmmmm... 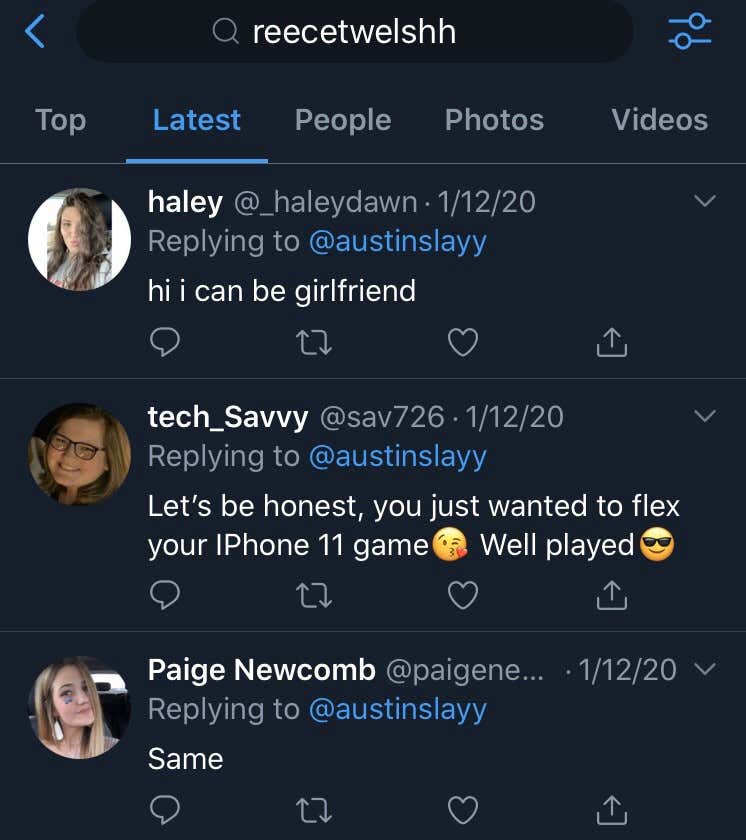 Which means he's back at it. And it appears that he's working overtime these days, because he slipped up and revealed yet another one of his fake aliases: 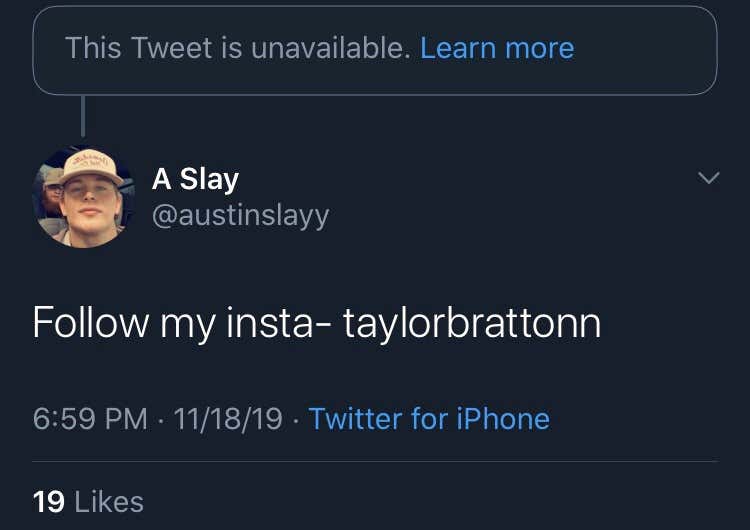 Recent update from Ethan (from girl who DM'd him): 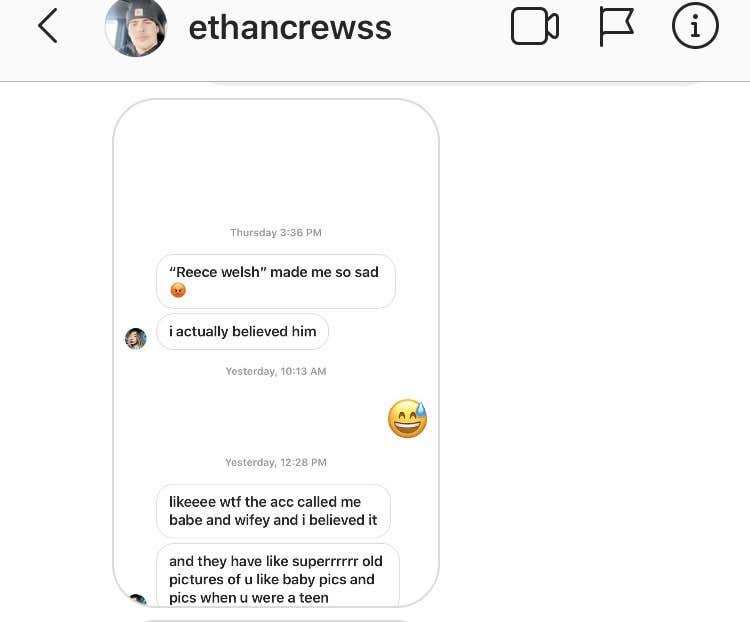 In all seriousness, this is all wildly fucked. Report him, call him out, or whatever else can get him out of here.