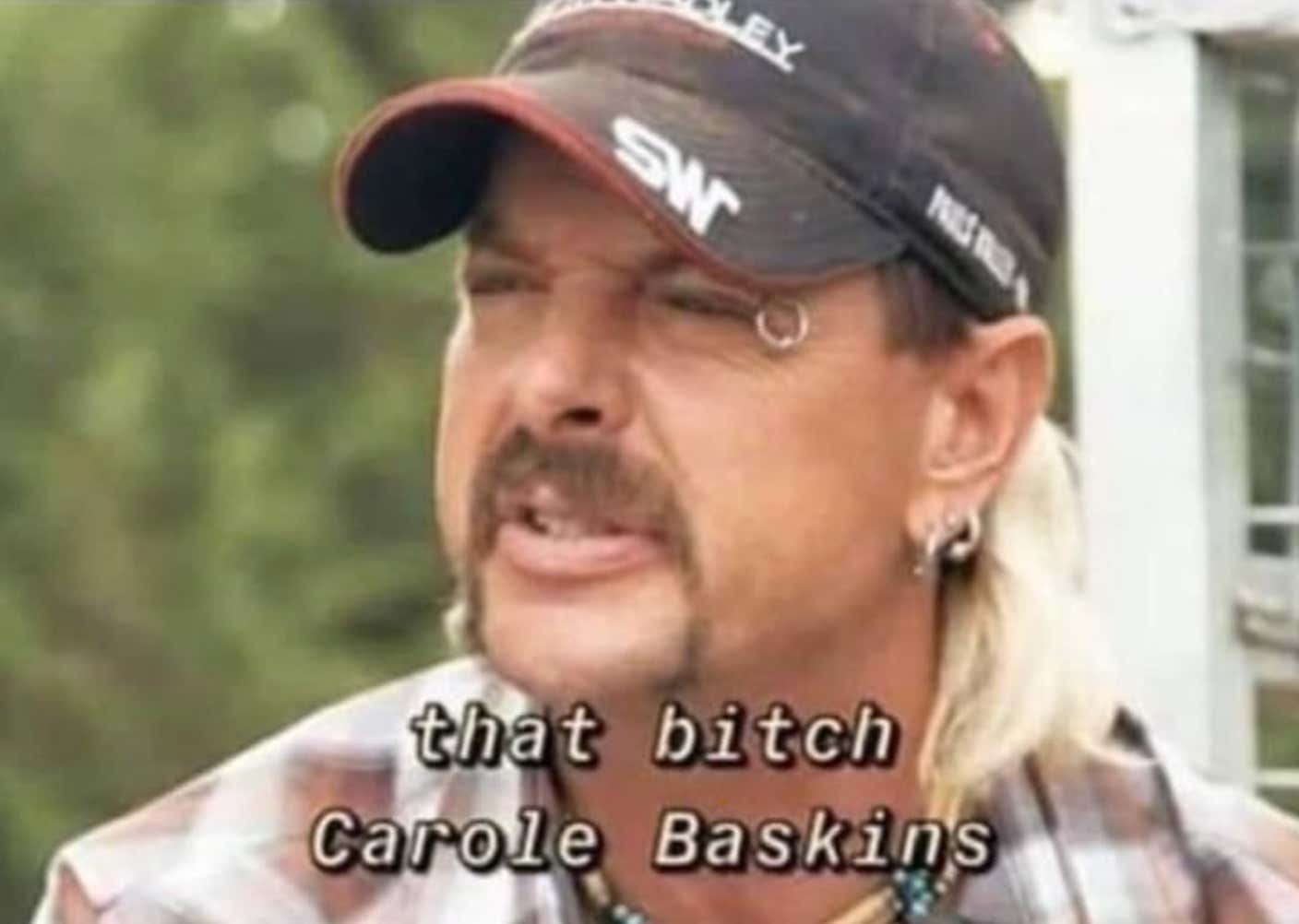 Just a disclaimer to start: I've never been a fan of Slate. The woke 3000-word think pieces on the effect the avocado market has on females in Hollywood have never been for me. However, I never thought they'd stoop to this level.

When I first clicked on this link, I was expecting to find that Carole Baskin actually wrote the piece, but no, it was Willa Paskin. However, if I was named Carole Baskin I wouldn't put it past myself to write under the alias of Willa Paskin...sounds JUST like Carole Baskin. There is a vowel at the end of the first name and the last five letters in the last name are the exact same. Makes you think.

SOURCE-And there’s the star of the show, Joe Exotic, aka Joe Maldonado-Passage né Schreibvogel, the outsize, gay, polygamist, gun-toting, mullet-having, fame-obsessed Tiger King, who is currently serving 22 years in jail for a murder-for-hire plot. Somehow, none of these men is the show’s villain.

….is there something wrong with having a mullet and being gay? I hope not, Slate. I'd argue being a gay, polygamist, gun-toting, mullet-having man is progressive in today's society.

That ignominy belongs to the woman Joe Exotic tried to have killed, Carole Baskin. Baskin is the proprietor of the respected nonprofit Big Cat Rescue, an organization that takes in abandoned and dangerous big cats.

Respected? Somebody needs to show this lady the video of Carole Baskin discussing how to take baby Tigers from their mothers and molding them to be domestic animals.

His grudge extended to protest visits to her property and a music video in which a Carole look-alike is shown feeding her dead husband to a tiger. This last charge was the core of Maldonado-Passage’s attack, the repeated allegation that Baskin killed her first husband, Don Lewis, under mysterious circumstances and got away with it. He even offered a reward for anyone who could offer evidence leading to her arrest.

Carole Baskin should've been arrested the second she said this: 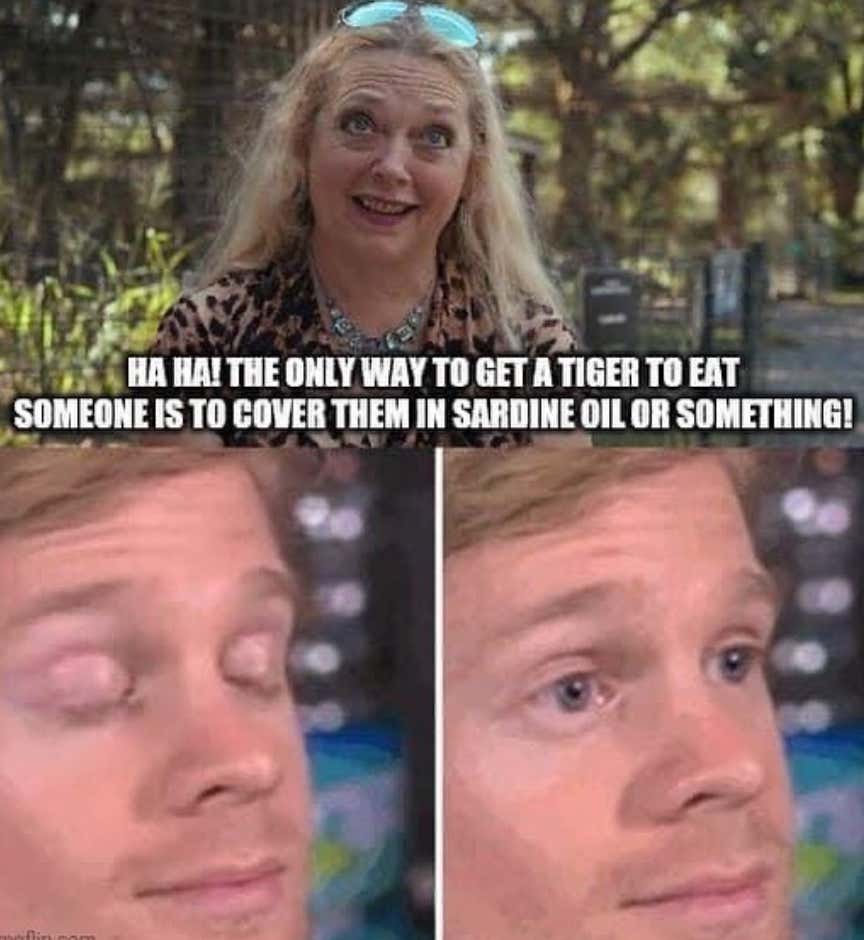 Joe Exotic makes the case that Carole is basically just like him: a profiteering, egomaniacal big cat fanatic, but one with a more polished scam. She too cages animals. She too makes money off those caged animals. She too gets a thrill from hanging out with such magnificent, powerful beasts.

Well, yeah. She's made a career off of it. Joe Exotic and Carole ain't that different….

Yeah, who would want to hear about a lady that may have killed her husband and then buried him under the septic tank/fed him to the tigers. Doesn't sound like an entertaining show at all.

In voiding the value of Baskin’s work, Tiger King doesn’t make her just like everyone else. It makes her worse, not an entertaining freak, but a hypocrite and an elitist. There is a class element at play here. Baskin, almost alone among the cat people, can pass as an emissary of a higher economic class and social order. She’s rich, her husband went to Harvard, and they know how lobbying works.

I thought we were supposed to hate rich people?

Overall, Willa Paskin (who may be Carole Baskin) makes coherent points that I understand. That doesn't mean she's wrong. Carole Baskin is enemy #1 on the social streets right now and I don't blame a red, white, and blue-blooded American soul who believes that.