Alright before we get into the list, a bit of level setting. These are the best two person or more games or board games. This is not up for debate, this is the factual list in exact order of greatness. For games that require more than three people I’m still covering them even if most people reading this don’t have 3+ people in their house, because a lot of classic games can be played online these days, or you can just use skype or zoom. If you live alone and don’t have any friends to play with online, there’s always solitaire.

10. Risk - Uh don’t shoot me guys but this one barely cracks my list. I’m only putting it in actually because the board ends up looking like the current global coronavirus maps. This game is way too long. I get that we have a lot of time on our hands and this is probably the best time for Risk, but no shit's too long. I once played a 3 day game of Risk in HardFactorPat’s basement in high school only to have one of our friends savagely destroy the board while standing over us drinking a 40. A harsh but fair lesson. We focused more on 40s after being mad for about I guess 15 years now. 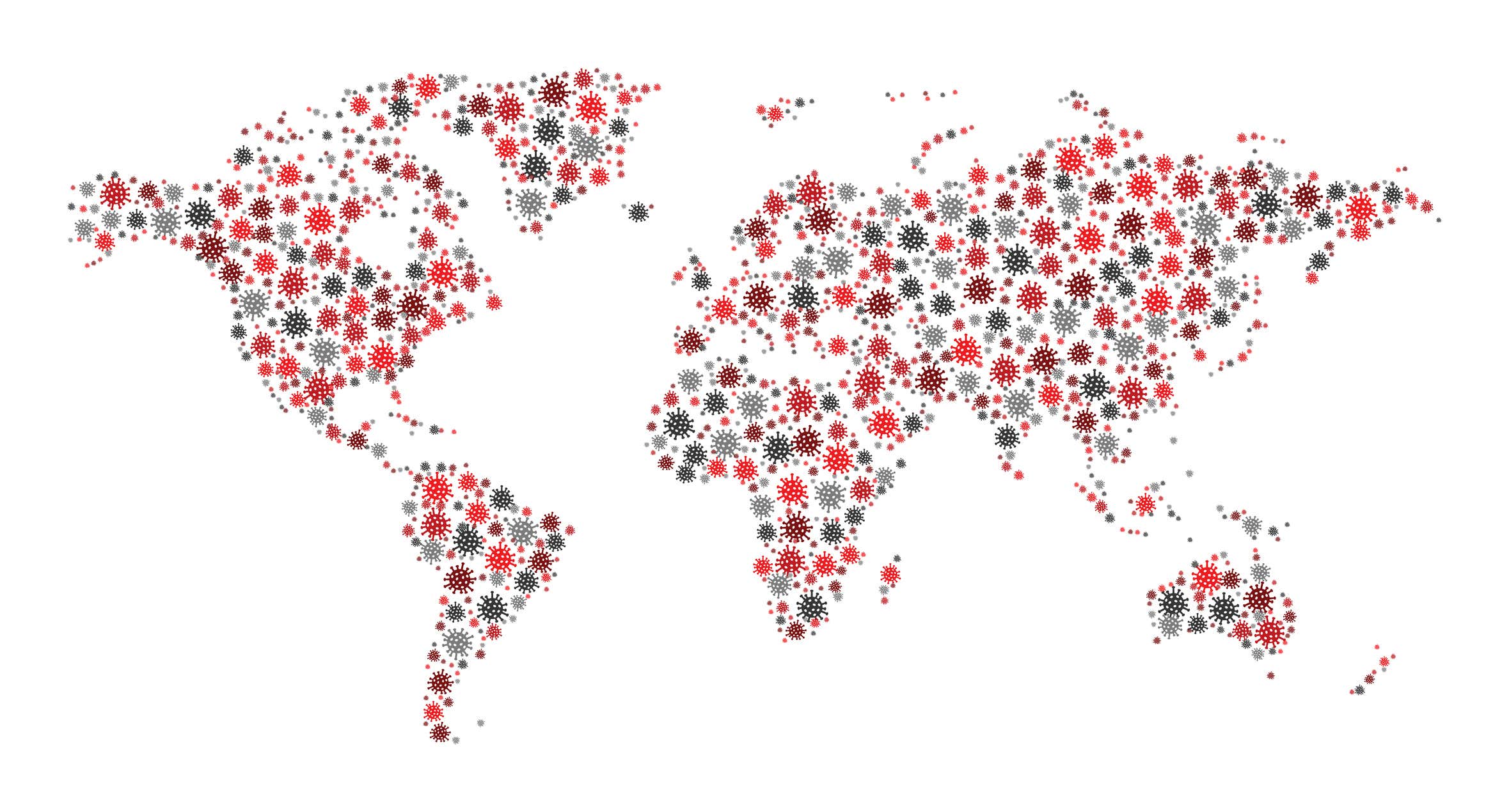 9. Chess - Starting off with the big brain games. Chess is a lot of fun, but the problem is you need to play with someone that is almost exactly at your level. Beating the brakes off of someone in chess or constantly getting your queen fucked and your king murdered by the same slick son of a bitch every match is not fun at all. There was an awesome PC chess game that had hilarious animated deaths that I quite enjoyed and also I'm a sucker for life size chess boards. Oh and Searching for Bobby Fisher the movie I mean come one. Solid #9. 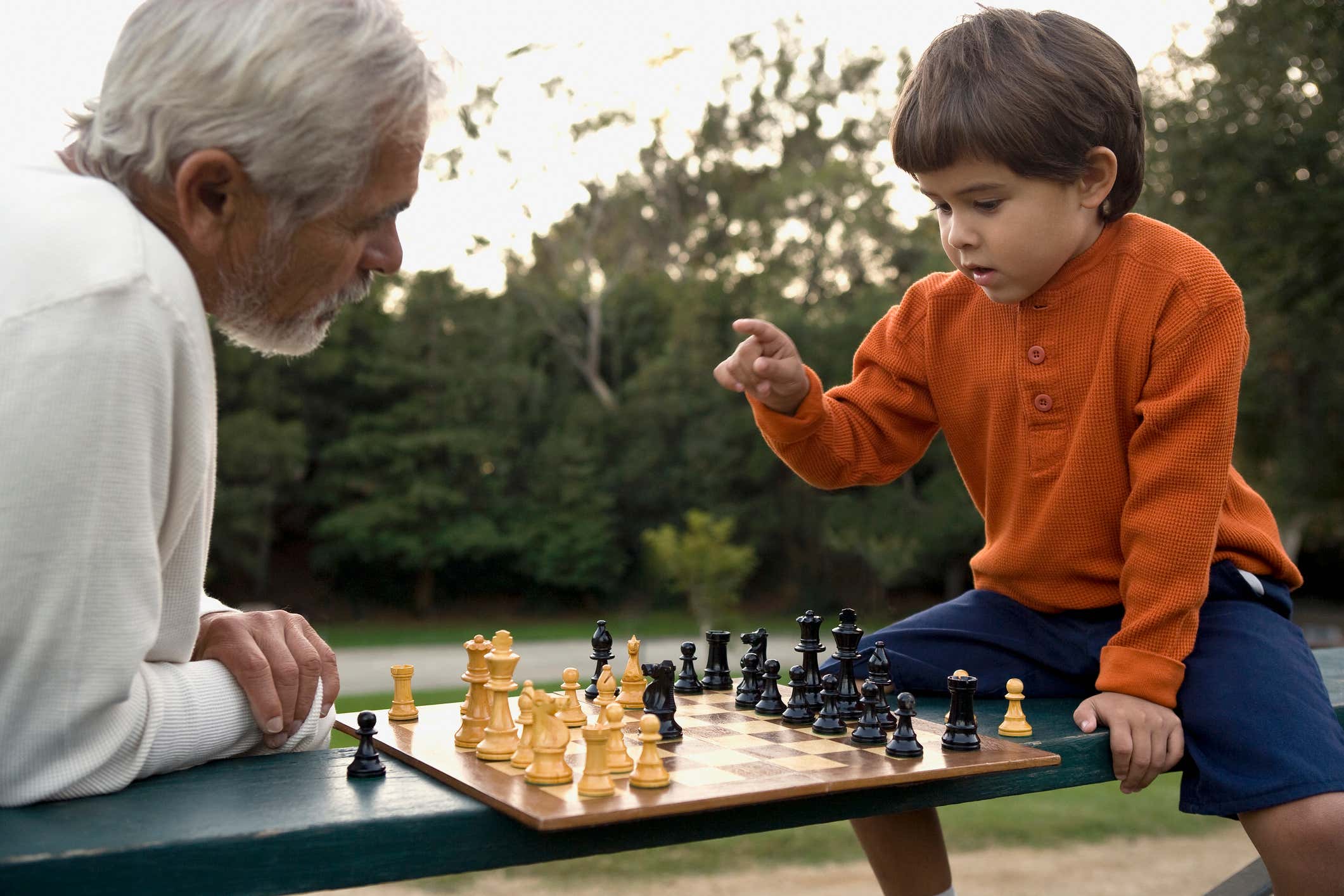 8. Battleship - This is one game I actually didn’t start to enjoy until later in life. Just wasn’t for me as a kid. I was wrong though and Battleship is tits. There is definitely some strategy to Battleship. Setting up a sneaky ship layout that fools your opponent is a similar satisfaction to outsmarting someone in rock paper scissors. Also if you haven’t played Battleship beer pong it is pretty incredible. 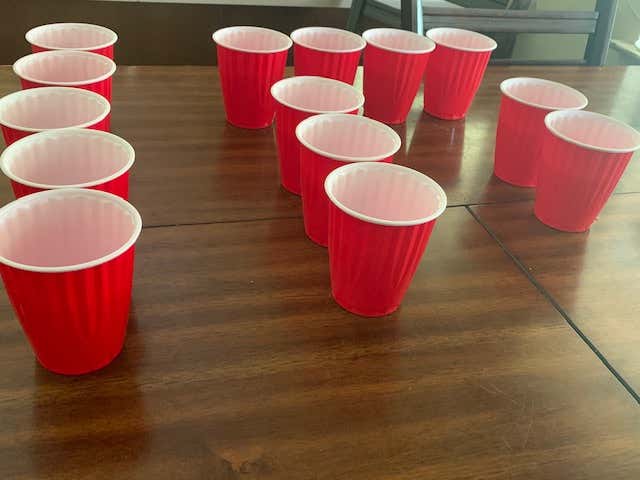 7. Connect Four - Go for it connect four! This games should be called "I can't believe how stupid I am" or "Why the fuck don't my eyes work." Still watching your opponent aggressively slide that bar to start a new game and hearing those chips drop after pointing out your connect 4 or 5 is always a great moment.

6. Cards Against Humanity - This game came out of nowhere and was a cultural phenomenon the first few years of its existence. It was wild. Grandmothers were playing it and getting shocked on video. Just nuts. Then it wasn’t that wild anymore. I prefer Evil Apples, the phone app version of this game that is way more savage and free, and easy to play remotely. Also one time my friends and I got drunk and made an entire set of our own handwritten cards with extremely personal inside jokes and it was a smash hit, I think. I’m not friends with all of those people anymore. 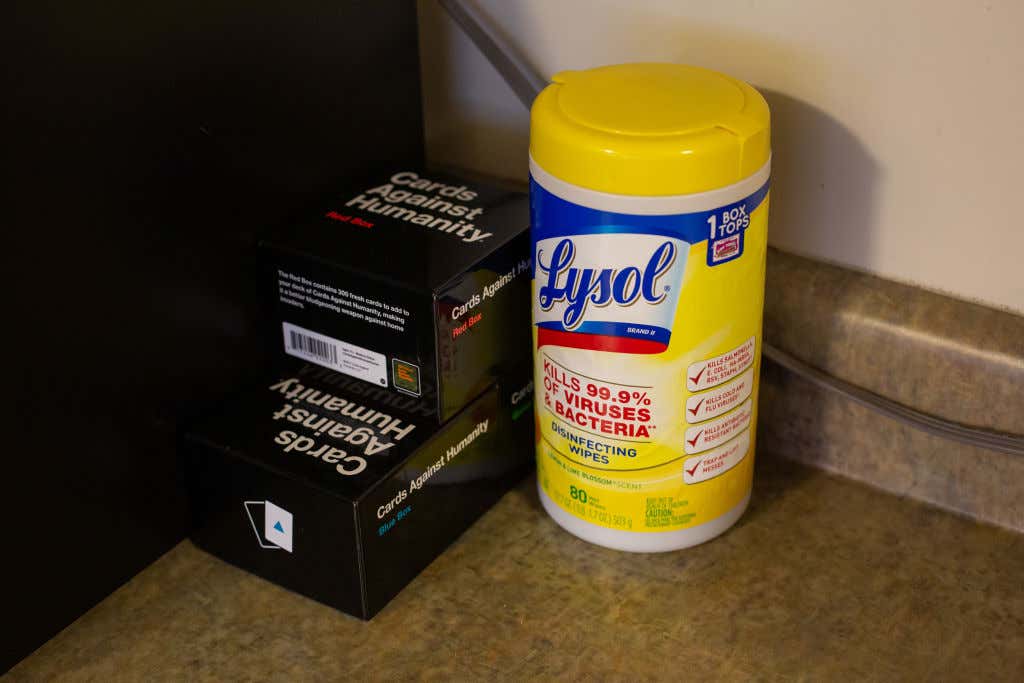 5. Trivial Pursuit - Fuck o fuck do I love me some Trivial Pursuit. The Genius Edition is a bit rough not to mention old. The pop culture questions are like “who invented sewing this past year?” Genius Edition is still fun though, if you don’t mind rejection, but I prefer a more modern edition maybe with a dvd and heavy on sports and entertainment.  Shove that wedge in my pie baby.

4. Clue - Who doesn’t like a good murder mystery. This is the only game kids can play with their parents where the plot is figuring out who murdered someone with a deadly weapon and no one bats an eye. I’m a very impatient person and I like to win, so I tend to make a bold guess a bit early when I play this game which can really ruin the game, but that’s a me problem. For people that play this game correctly it’s a lot of fun, and the characters and murder weapon pieces are top notch. Also have you seen Clue the movie with Tim Curry? It’s probably a good time to rewatch that or watch it for the first time since everyone’s locked at home. You won’t be disappointed, it stands the test of time just like the board game.

3. Monopoly - Who doesn’t love Monopoly? You might think you don’t but I guarantee you if you sat down and played a game of Monopoly right now, you would absolutely love that shit. This game is ancient and it’s probably the most iconic American game of all time. The rush you get being the first person to land on Boardwalk is pretty epic. Going to jail in a game, brilliant. Chance, Community Chest, the pieces, the board! I could go on and on. I worked at a “steakhouse” in Blacksburg, Virginia that used the Monopoly board layout as their menu. The food was okay, the menu was incredible. I’m still not real thrilled they decided to get rid of the thimble the boot and the wheelbarrow and also the games can run long, but if you don’t make trades to speed games up, you’re a psycho. This is as close to perfect as a board game can get. 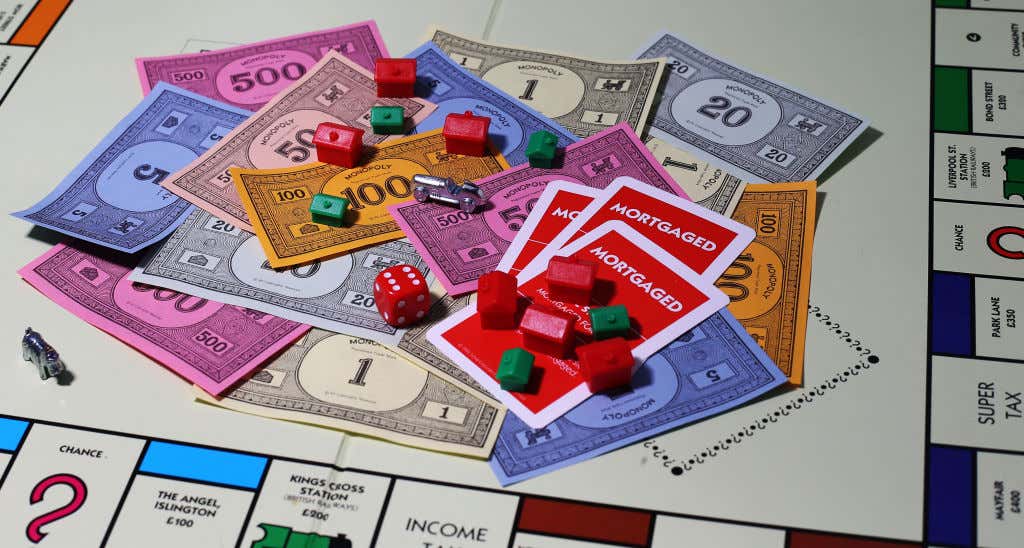 2. Answer The Internet - KFC and Feitelberg made a new Cards Against Humanity style cultural phenomenon game. This thing sold out faster than a Kirk Minihane live show when it hit the shelves last year. It features three different types of questions - all featuring the best hypotheticals, Would You Rather, Marry Fuck Kill, and classic thought provoking questions from the Internet. This game basically has unlimited potential for expansion or creative rules your own group of friends can apply. See my note on Cards Against Humanity above. You can purchase this and have countless hours of quarantine entertainment here 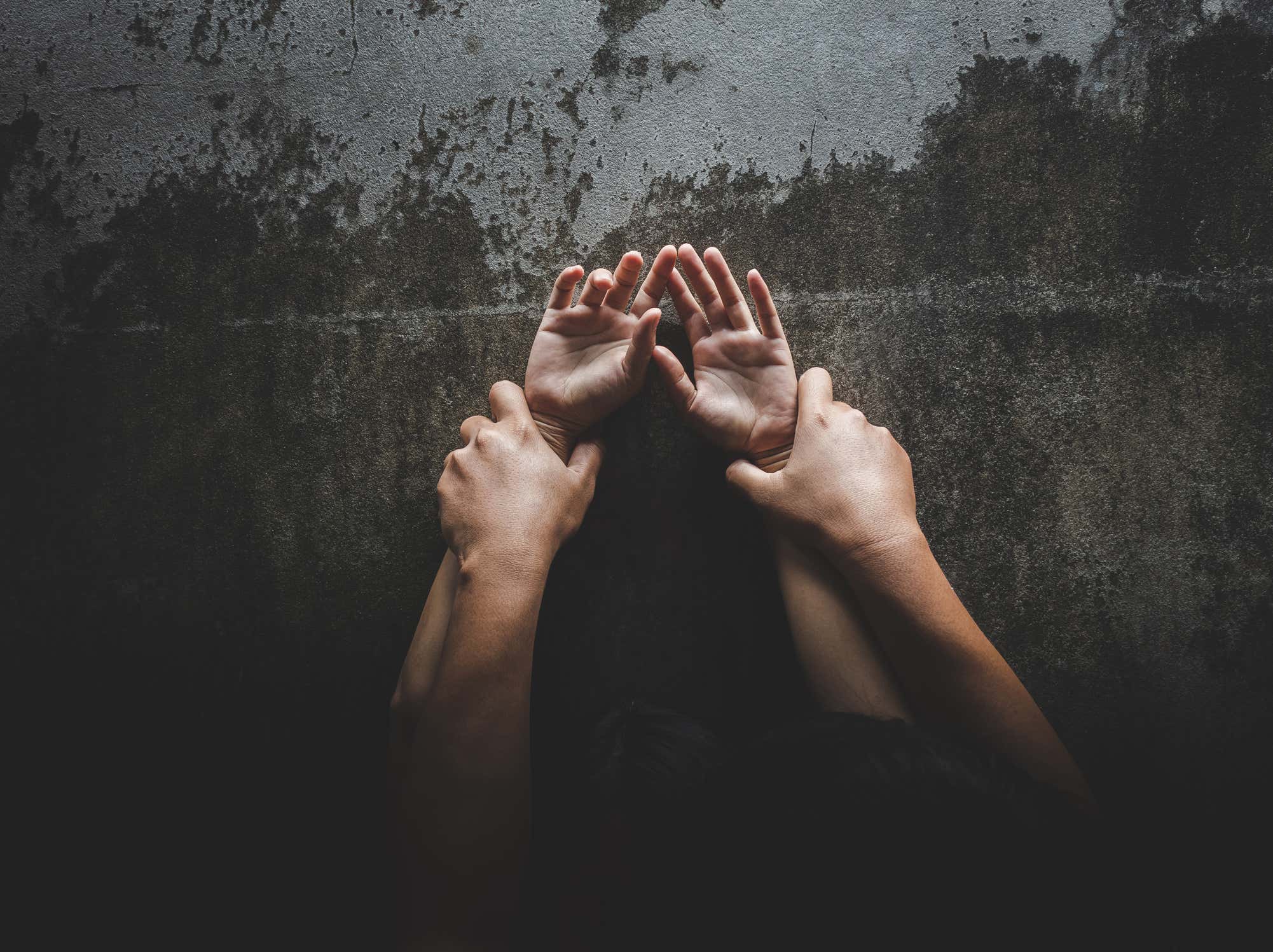 This is without a doubt my favorite games to play. Just be careful when you play, or you might end up with some unwanted “quaranteens” before you know it.