This is how I know we're in trouble with this quarantine. We're a week in without sports and we have people wanting to declare Kansas the national champion because they were No. 1 in the regular season. Just a quick summary of this thought process - WHAT THE FUCK? FUCK NO.

That should do the trick.

This is college hoops, not 1994 goddamn college football where you rely on the AP poll and ties. Every year since 1939 there was a champion decided by a tournament. We don't just switch because of a pandemic. You know why? Let's just take a look at the last decade. Only 2 No. 1 overall seeds have won the title. Only 3 KenPom No. 1 teams heading into the Tournament won a title. Shit, the two times the last decade Kansas was the No. 1 overall seed they didn't even make the Final Four! History says there's a heavy chance they don't win the title.

I know we're all starting to go stir crazy and just crazy in general. But, I beg you. I plead with you. Stop this bullshit of declaring a champ based on a regular season. Kansas fans don't even want this. At least any Kansas fan with dignity and pride don't want this.

PS: Now if you want to say that Duke finished the year not as a top-10 team, I'm listening. It's just a fact they weren't a top-10 team. Same goes for Maryland and its dream season. 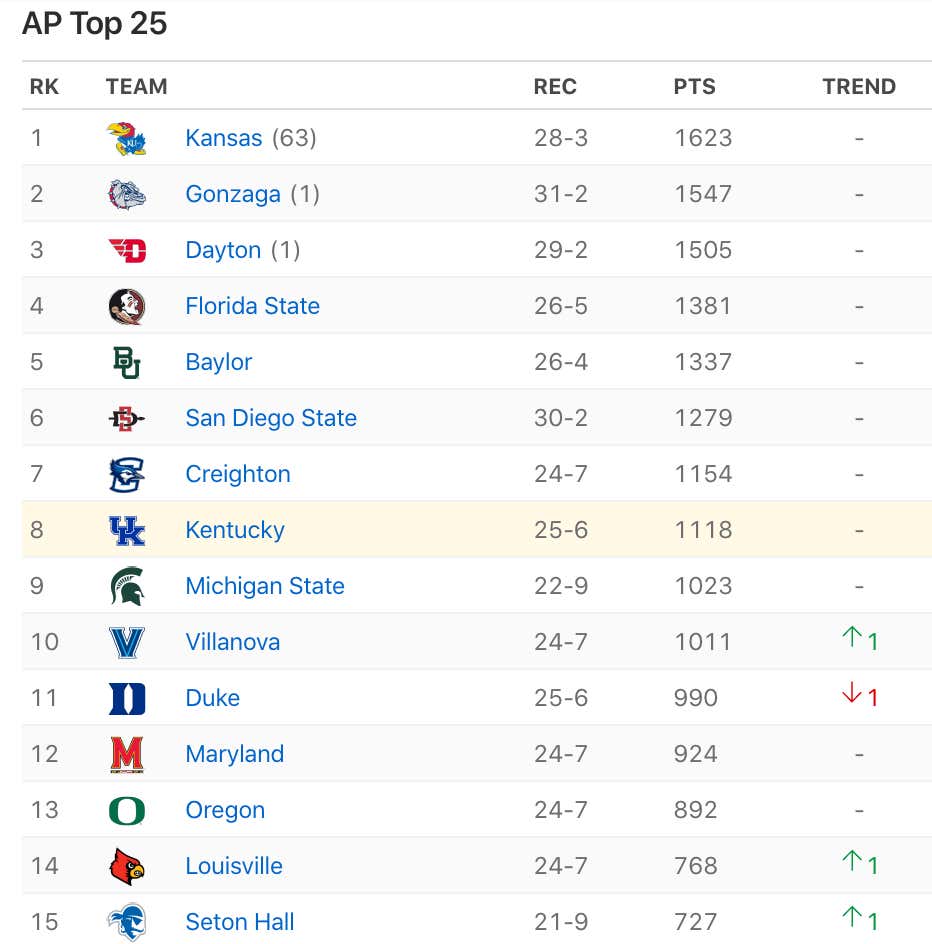