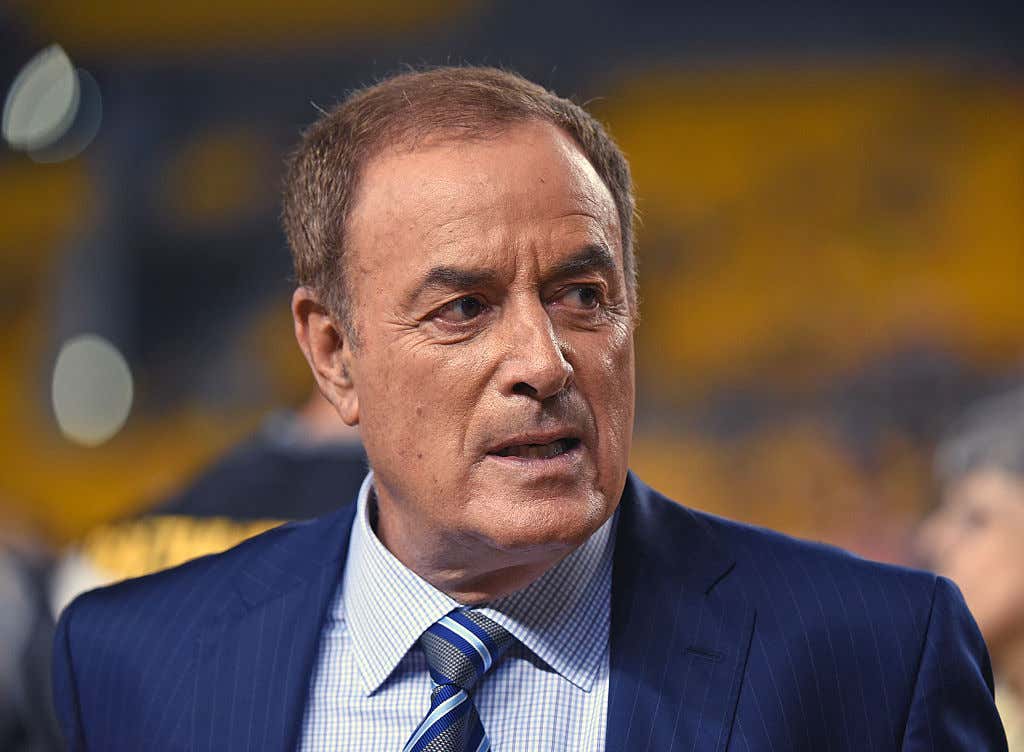 ESPN had put Michaels, 75, atop its list for a potential dream Monday Night booth with Peyton Manning. Michaels has two years remaining on his contract to call “Sunday Night Football,” while Mike Tirico is already set to take over at that time.

Meanwhile, ESPN has begun talks with Manning in hopes of signing him with Michaels or not, according to sources. Manning — who since retiring from playing has spent part of his time turning down networks — has not fully indicated yet if he wants to finally be a broadcaster or not.

Look at the peacock fluffing its colorful feathers around all cocky and walking away from the negotiating table with the all powerful Mouse before talks even began! With all of the NFL moves being held in limbo by the CBA vote being pushed back, it's nice to have some sort of football offseason drama unfolding outside of the latest arrow "report" about where Tom Brady might end up being blindly thrown against a dart board.

Now as someone that has dabbled in the trading game during his years as a fantasy football owner governor, there is no such thing as someone being untouchable in a trade. There are people you want to trade, don't want to trade, and would have to be blown off your fucking feet to trade. I would imagine a 75-year-old announcer whose replacement has already been hired fits somewhere in the first two categories. NBC can act like they won't even take calls for Al, but this is clearly a negotiating plot because as the Million Dollar Man said countless times, everybody has a price.

Now the question is what does Disney want to pay to get Al Michaels to ESPN and what would NBC accept? Al was infamously traded for Oswald The Lucky Rabbit years ago to get him to NBC. Oswald may be a trash character, but he clearly meant something to the Disney people since they could never get him. If I were Disney, I'd offer the prerequisite shitload of money, full use of SVP for any golf tournament or horse race within a 100 mile radius of the DMV area, a low tier Avenger of NBC's choice (pretty much a nice way of saying Hawkeye), the  to wet the beak 10% on a future Star Wars movie even if that franchise is slowly becoming the movies version of what Monday Night Football is to primetime NFL games, 100 free Disney+ accounts with unlimited access for life, and the rights to a Pixar movie that got less than a 90% on Rotten Tomatoes. Since Disney has a new CEO that is probably dying to make a splash, NBC should probably hold off until they can get full use of the Hot Diggity Dog song from Mickey Mouse Clubhouse for at least one calendar year. If that can't land you the voice you desperately need to make MNF great again two years before his contract is up and his 77th birthday, you are probably fucked and should go after Ian Eagle since The Birdie and the Sheriff would be a lowkey incredible booth.