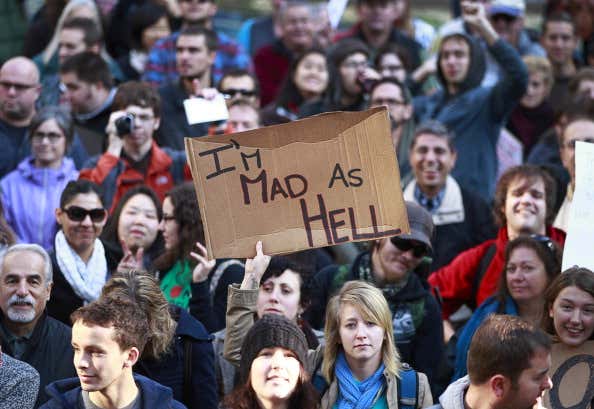 Look, I get it. People are in a craze about the coronavirus. Everyone from Donald Trump, the President... to Dave Portnoy, El Presidente, is trying their best to mitigate fears but there's only so much that can be done when wide-spread fevers overtake the brain of a nation. People are buying up Lysol Wipes, zinc lozenges, and Dude Wipes (for comfort only. Dude Wipes not strong on antibacterial sanitation for coronavirus. Having fear-induced diarrhea is nothing to be ashamed about FYI. It's a medical condition. Condition your butthole or use a bidet for comfort reasons as well.)

Anyway, I like most people, have started to take precautions in case there is a globally-scaled crisis. I still think we will bounce back, but I am using only my gut on this and have not done one ounce of actual research. That being said, I have bleach, soap, rice, beans, venison --both dried and frozen--, and greek yogurt. When it comes to the essentials, my family will be fine and fed.

Now, let's get into the heart of the matter. The stock market. One of the biggest fallouts from the nuclear blast of coronavirus is certainly its effect on the stock market. Dave has lost millions. I have lost thousands in ETFs which a great way for people with less liquidity to get their feet wet investing. It's a long-term investment that I don't plan on touching for decades so it'll be fine. Besides my money in ETFs and Dave's money in Penn National and his beloved horses led by Handsome Hank and Alright Frankie, we have assets in other areas too. We're smart. Big brains despite being noodled on occasion.

Barstool was kind enough to give me a bonus this year. With that bonus, I did not sit by and let it grow at the return of .35 percent in my flagship checking account at Navy Federal Credit Union. I swear. I didn't. I did what any prudent person would do. I went online and purchased as much essential oils as I possibly could. Cart after cart on Amazon was filled to the brim with essential oils. This investment served two purposes.

1. Health. You ever rub tea tree oil on your tits after a long flight? It's divine. It's like Vick's vapor rub on steroids which should be allowed to return to baseball. That's neither here nor there. Remember, neither goes with nor and either goes with or. They are married. Just like Jared Carrabis and Caleb Pressley are married to the game but not each other.

That clip is offensive. Disgusting.

2. And this is where the blog really takes off. Let me let you in on a little industry secret because if you're reading still, you deserve it. Essential oils will never be worth less than they are right now. Gold. Silver. Essential oils. No matter the decade; noo matter the season; when someone gives you the chance to buy essential oils, you fucking do that. You do it fast. You do it 19-year-old virgin hooking up with an experienced pornographic film star fast. Lightening nut. "Oops, my pants," fast. "It's ok, Forrest," fast.

"Excuse me. Chaps, what kind of ESSENTIAL oil?"

Well, that's where it gets tricky. Here's a list that I'd start with. Diversify, though. That's important. Don't have all your eggs in the nutmeg oil basket for instance. Hmmm, let see.

Just off the top of my head, I'd say start with these:

Now, does this financial investment go without risk? Does being rich with essential oils create a safety barrier for you? Well, buddy, yes. That's the reason why you are here right? That's why you're reading this blog because the headline was bombastic as fuck.

I brought you here to show you the dangers of having oil wealth that only the Crown Prince of Saudi Arabia has obtained. That guy arrested 2 of his brothers recently by the way. I think it's in an effort to consolidate power closer to the crown. Scary stuff is happening in Saudi Arabia and it feels like we are just sweeping it under the rug. We need to vacuum up news like that instead. Suck it on. Keep it. Learn from it. Get stressed about it and then use some of the lavender or carrot seed oil in a diffuser to relax so that we can formulate a solid plan, a plan as solid as investing in essential oils. They are called essentials oil, by the way. They could have been called the optional oils but they aren't are they?

Anyway, I'm rambling. I have the country's largest essential oil depository (that I know about) in my garage. The stock market crashed this morning. This is a perfect storm the likes we haven't seen since longtime stoolie Mark Walberg starred in the cinematic adventure called The Perfect Storm in 2000. It was a blockbuster smash that you could actually rent from Blockbuster.

"Chaps! Hate to mansplain you but that movie was starring George Clooney."

"There's a difference and I'm a cinema-head so I couldn't let that go."

Whatever. Back to the point of the blog. After the stock market crashed and the coronavirus began to spread more rapidly thereby causing a perfect storm the likes we haven't seen since the cinematic adventure starred by George Clooney and co-starred by Mark Wahlberg (The Perfect Storm, 2000. The trailer can be seen above).

As you expected, my essential oil stockpile was in serious jeopardy because of the stock market. My god damned (excuse the language) penchant for honesty resulted in me passing along the information about my stockpile to my twitter followers. The results were shocking. I felt like Beast when Gaston and his ilk stormed the castle screaming things like "Kill The Beast" and whathaveyou. Here's the video and string of accompanying tweets.

Now I know what some of you are thinking. Did I just write 1600 plus words to greatly expound on a joke that was covered in 3 tweets with little interaction and fanfare? Yes. Earlier this year I made a commitment to blog more and that's exactly what I've done here. I hope you enjoyed. One more to add to this list for us Texans, Governor Abbott. Promises made. Promises kept. I'm not sure why the governor's team used a comma there. "Promises made, Promises kept" is a comma splice. Correctly written, it's two independent clauses, which a comma cannot join. A comma is not strong enough for that. Only a semicolon or period can separate two independent clauses. Think of it this way. The subject is promises. What were promises? They (promises) were made. Again, promises is the subject in the second part and again used as a noun. What were the promises that time? They were kept. Subject/verb. Subject/verb. Two complete thoughts strung haphazardly together with a comma. Can't do it. Gotta have a period or semicolon. Grammar rules can be tricky. I know that. You know that, and now the 2-term governor of Texas knows it as well. We all know. The result of this blog is that we all know two things.

1. Essential oils are a worthwhile though relatively dangerous financial investment.

2. Editing rules for comma splice which was an incredible bonus to this blog. I didn't expect to teach today, but it's in my blood, unlike the coronavirus.

Anyway, take it away, Mr. Governor.

Thank you, and good work, everybody.