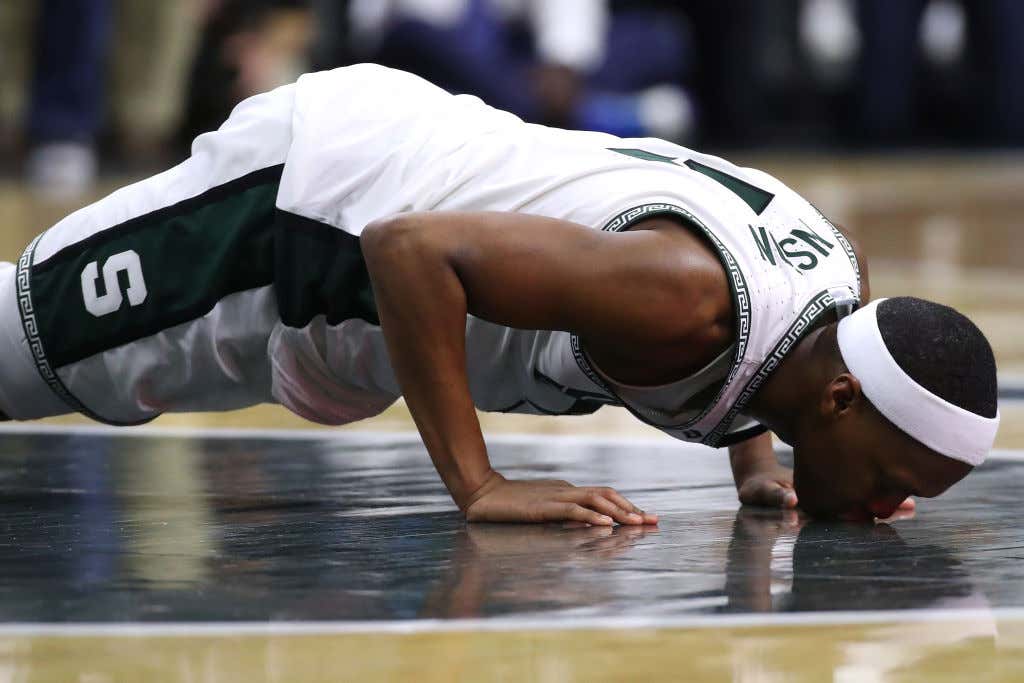 Awesome. That's the only way I can describe Michigan State's center court kissing at the end of their Senior Day. College sports are so much better than professional sports because there's an actual love of the school and true sense of belonging to the team. They aren't playing for money (unless they're in the SEC), and the emotions associated with the university are real. So if Michigan State kicks the shit out of whoever they're playing on Senior Day, their players have earned the right to get subbed out and kiss the Spartan logo.

Everyone has to agree with that statement, right? Not one person can disagree that Senior Days shouldn't be extra special. Well, unfortunately perhaps the only person in the entire world that takes issue with that statement is MY coach, Ohio State's Chris Holtmann.

End of story. That's all you really need to know. Winners can do whatever they want. Want to keep your starters in all game? Want to press when you're up 20? Want to shoot 3's instead of letting the time run out? You can do whatever you want. You're winning. It's the LOSERS job to stop you.

And unfortunately, this was one of the rare occassions where Ohio State was on the losing end of anything. And although we're not in this position often, we still need to be smart enough to know to keep our mouth shut. Let them have their moment. I certainly do hope that Cassius Winston gets coronavirus for taking two minutes to kiss the floor, but that's his right to do it. They kicked our ass in the 2nd half yesterday.

***I will say, Chris Holtmann took the high road like Buckeyes always do and made things right.

Seems pretty reasonable, honestly. He said it to the ref……not in his postgame press conference. Michigan State can do whatever they want when they win, but it doesn't mean Holtmann has to sit there and enjoy it.