September 3rd, 2008, just before the inaugural season of Oklahoma City’s new basketball team. Sooners gather from far and wide, eyes glued to the televisions in the cultural epicenter of the state (Raising Cane’s Chicken Fingers) to see the unveiling of their home teams new identity. A troupe of children trot out to AC/DC’s “Thunderstruck” and remove the sheet covering the logo and team name. I wasn’t there at the time, but I can only imagine the gasps of horror and the recoiling faces of disgust upon seeing this: 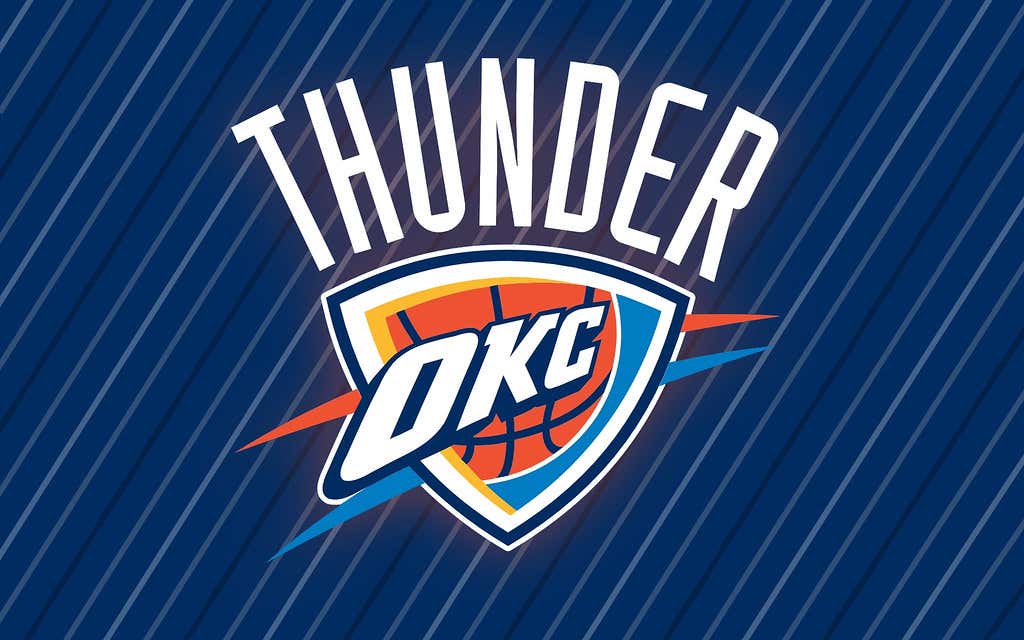 In the designers defense, it’s well known amongst the single of people who enjoy a deep look into the branding of the 132nd most popular sports team in the United States, that due to poor planning, the logo had to be completed before the name of the team was chosen. As a graduate from one of the most prestigious design institutions in America, West Virginia University, this makes me just nauseated. That process is unheard of on it’s own, but to do this for a sports team that’s trying to win over fans and sell merchandise, it’s graphic design malpractice.

To put the cherry on top of the metaphorical natural gas flavored sundae, the “fans” chose the WORST possible name to accompany it. Thunder. It’s invisible. Thunder. It’s a noise. Thunder. Of all of the potential names for the team (Barons, Bison, Energy, and Marshalls) Thunder somehow won the fan vote. Close your eyes and picture thunder without imagining lighting, which is a totally different thing, and good team name even; the weapon Zeus uses for gods (plural) sake. Or maybe go with a name that reflects the city a bit more, rather than a weather event that happens everywhere on the planet.

“Oh let’s see you choose a better name.” Not really my area of expertise, but there are plenty of Oklahoman references you could use. The headquarters of a very popular drive-in fast food restaurant is located in Oklahoma City, providing its residents with meaningful employment. Maybe they could’ve gotten a team name from that. 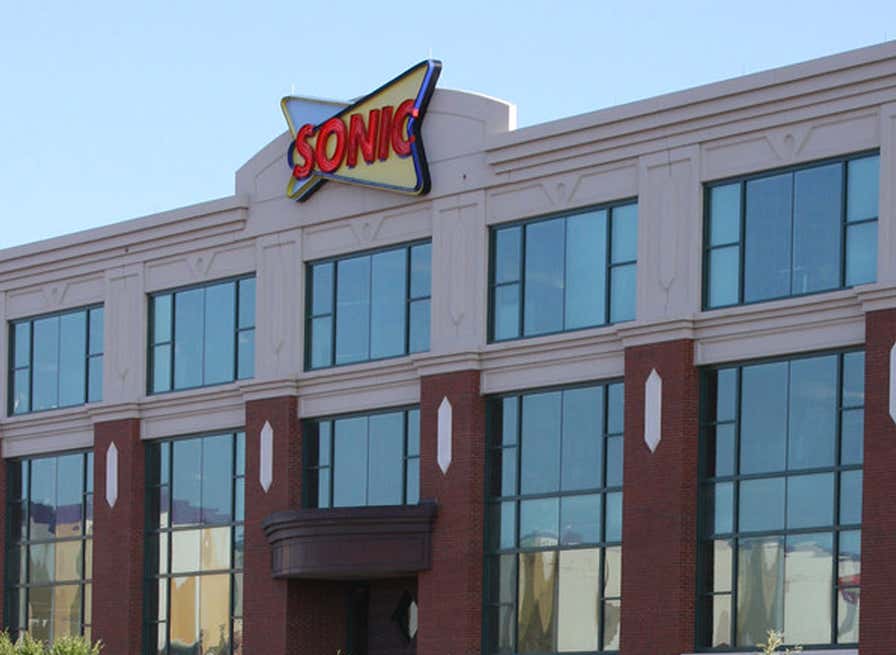 I’m going to show how easy it is to make a better logo. I’ll follow all the league’s branding guidelines, and pull from Oklahoma’s rich history.

It’s a league rule that teams must include a  basketball in at least the secondary logo, and heavily encouraged that it’s featured in the primary (22/30 teams have a ball in their primary). Some teams have done this more cleverly than others (Bucks), and some have just given up and decided to place a big neon orange basketball right in the center.

Let’s start with the odd shield-like shape. It’s nonsensical, and has no purpose or meaning. Let's follow the lead of the popular NFL team that relies heavily on American Indian themes, and use a side profile of a man with deep burgundy skin an arrowhead. The arrowhead shows movement, is deadly, and as inoffensive as possible. A good foundation for a successful logo. I’ll simplify it, removing the small ridges around it, to streamline and modernize. 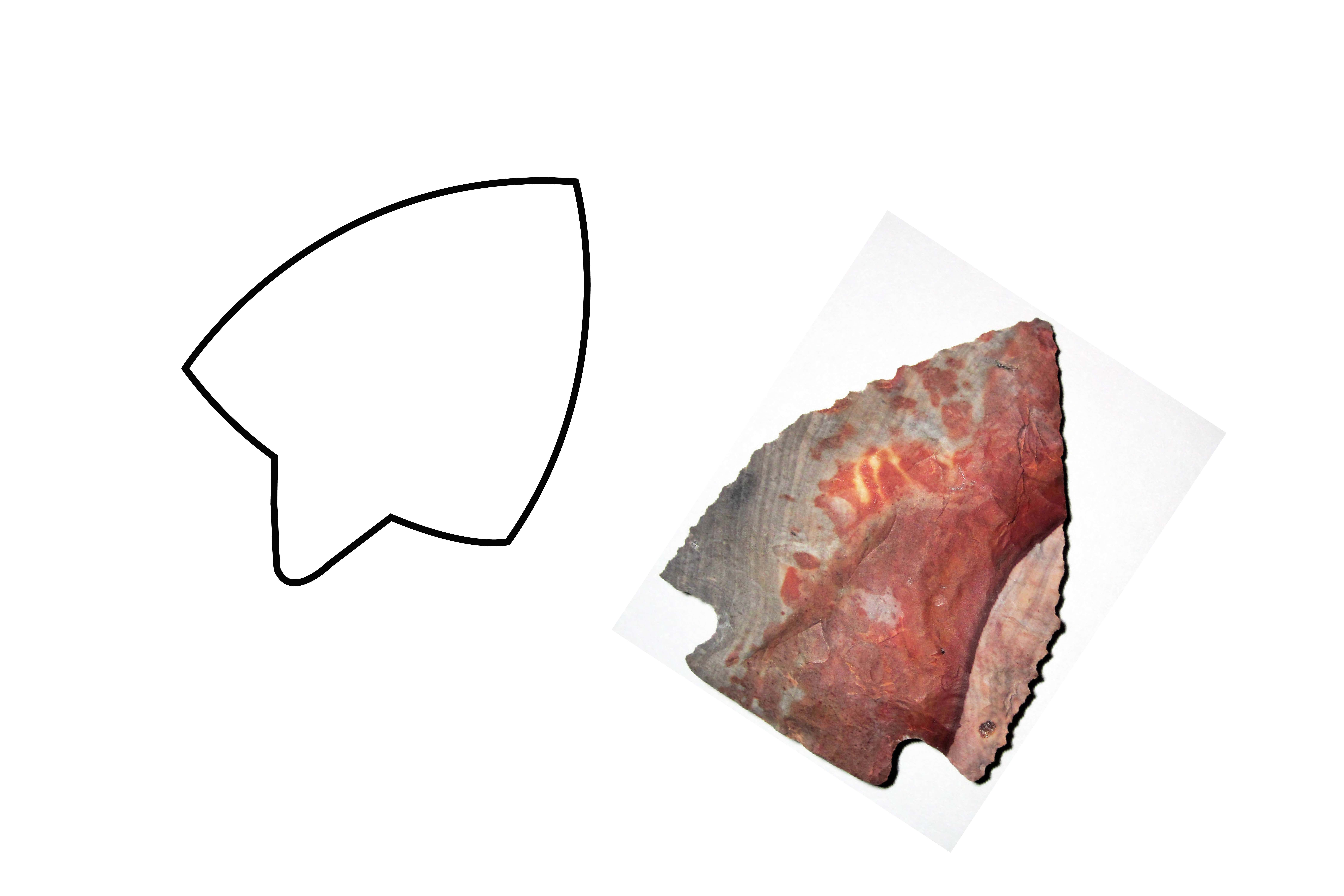 That’s enough for the cultural references. Let’s move on to include the geography of the city itself. Oklahoma City is nestled snugly  betwixt two rivers, the North Canadian River(to the north), and the Canadian River. River taxis are used often used throughout the city, a gimmick that Venice, Italy stole and marketed as their own. We can include the representation of these two surrounding in the logo using sharp, sleek linework. 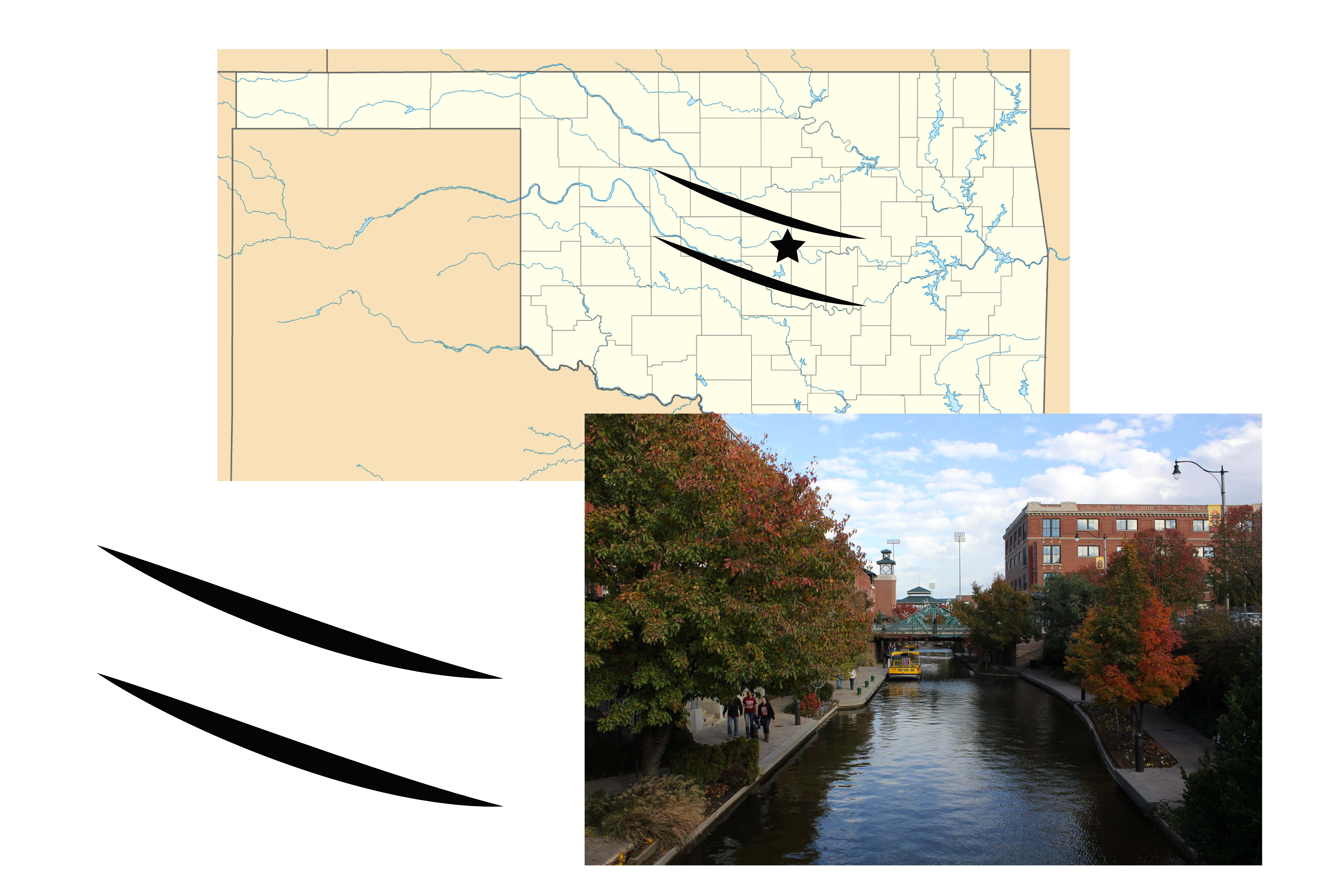 We're close. Just need the lettering and color scheme. For the font, the iconic Wheeler Park OKC, visited by tens of people every single year, will do perfectly. Due to the windy nature of the Oklahoma plains, I will skew the letters to seem more "windblown". As for the colors, we can pull the traditional color way from the Thunderbird, a fitting symbol of the natives that resided in that area. 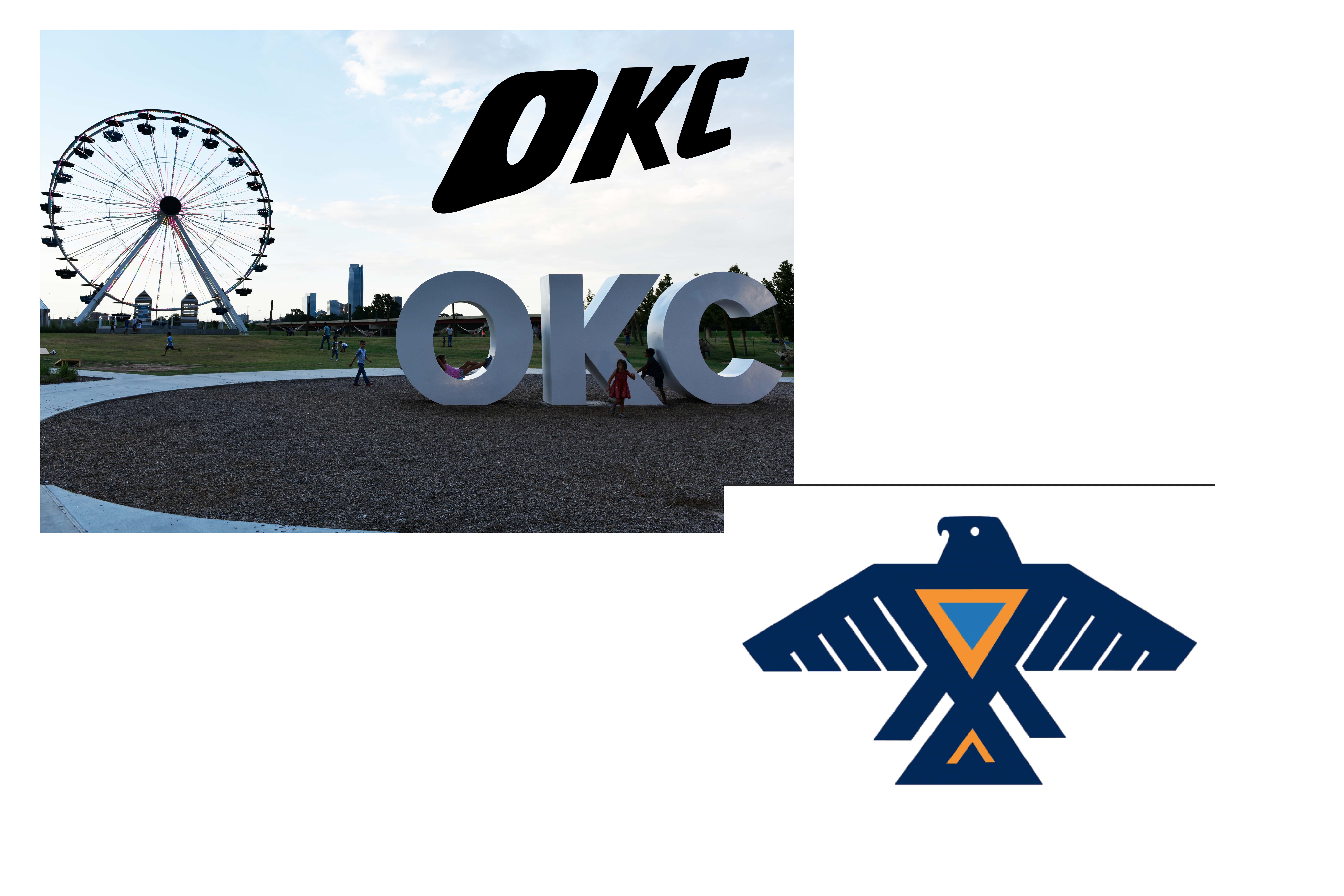 We can now combine all of these elements, add the required basketball, and voila, a HEAVILY improved Thunder logo. 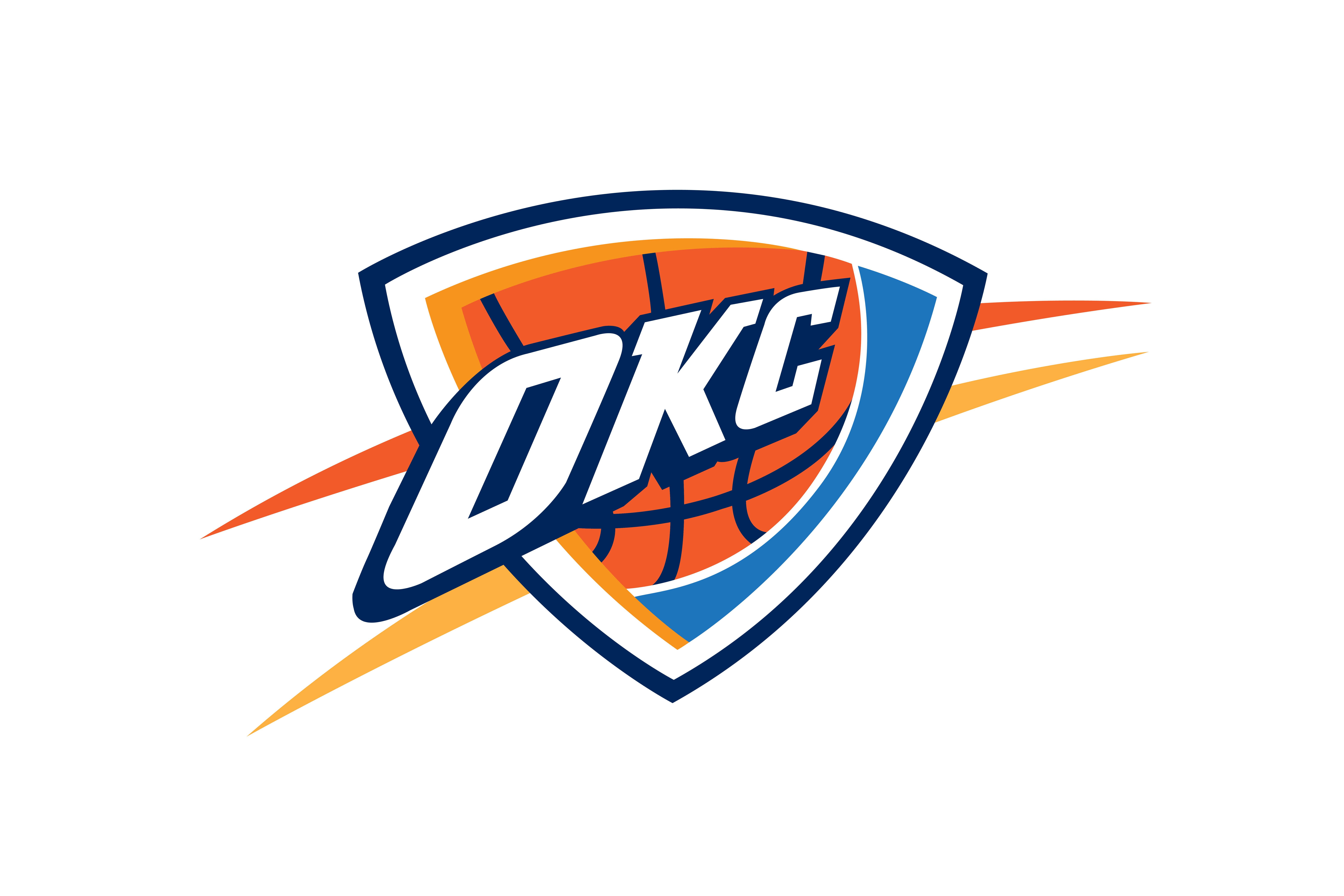