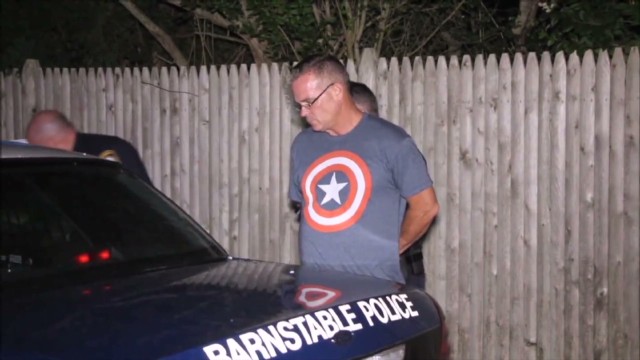 Hyannis – A middle-aged man who claimed last night to be looking for pop princess Katy Perry at the iconic Kennedy compound in Hyannisport will be arraigned in Barnstable District Court today on a charge of breaking and entering. Barnstable Police said James Lacroix, 53, was likely in a $2.5 million, nine-bedroom mansion formerly owned by the late First Lady Jacqueline Kennedy for three hours before he was discovered at 9:30 p.m…Police said they were asked to go to the compound to check on the well-being of a teenager living there… “The reporting party stated that an unidentified adult male answered the phone and identified himself as James Lacroix…” When officers arrived, they found a black vehicle in the driveway and the man they later identified officially as Lacroix in the kitchen. When asked why he was there, Lacroix allegedly said “he was looking for the singer Katy Perry.”

Before you laugh at James Lacroix  let me ask you: What are YOU doing to meet Katy Perry?  I mean, I’m not necessarily saying she’d be at the Kennedy compound, but if you’re a 53 year old guy who can’t afford to fly to LA, it’s as good a shot as any.  Taylor Swift was once a regular around the place.  Back in the day JFK and RFK were London Bridging Marilyn Monroe down there.  Joe Sr. used to bang Gloria Swanson in every room in the house whether Rose was home or not.  That place has seen more quality ass than DiCaprio’s mansion, so why not Katy Perry?  I know I’m not getting any closer to her playing it my way.  If I had any sort of balls I’d be putting on a $14 Old Navy Captain America t-shirt and taking my chances down the old Kennedy place than sitting here in my Sons of Belichick shirt, writing blogs and jacking it to the video of her getting a plaster cast made of her cans for the hundredth time.  So make fun of James Lacroix all you want.  You just can’t tell me you don’t respect his game.  @JerryThornton1