Can someone give little Johnny boy here a quick history lesson. You'd think this guy wouldn't try to come after the city where the Declaration of Independence was signed but here we are. This would be like Jim Harbaugh going after Ohio State.

In case some of you aren't aware, the Phillie Phanatic's creators and the Philadelphia Phillies are in the midst of a dispute because the copyright agreement for the mascot expires later this year and the original creators are trying to bend the Phillies over and stick it right up their hoops for millions and millions to renegotiate. Which has prompted the team to change up the Phanatic's look a little bit this offseason. 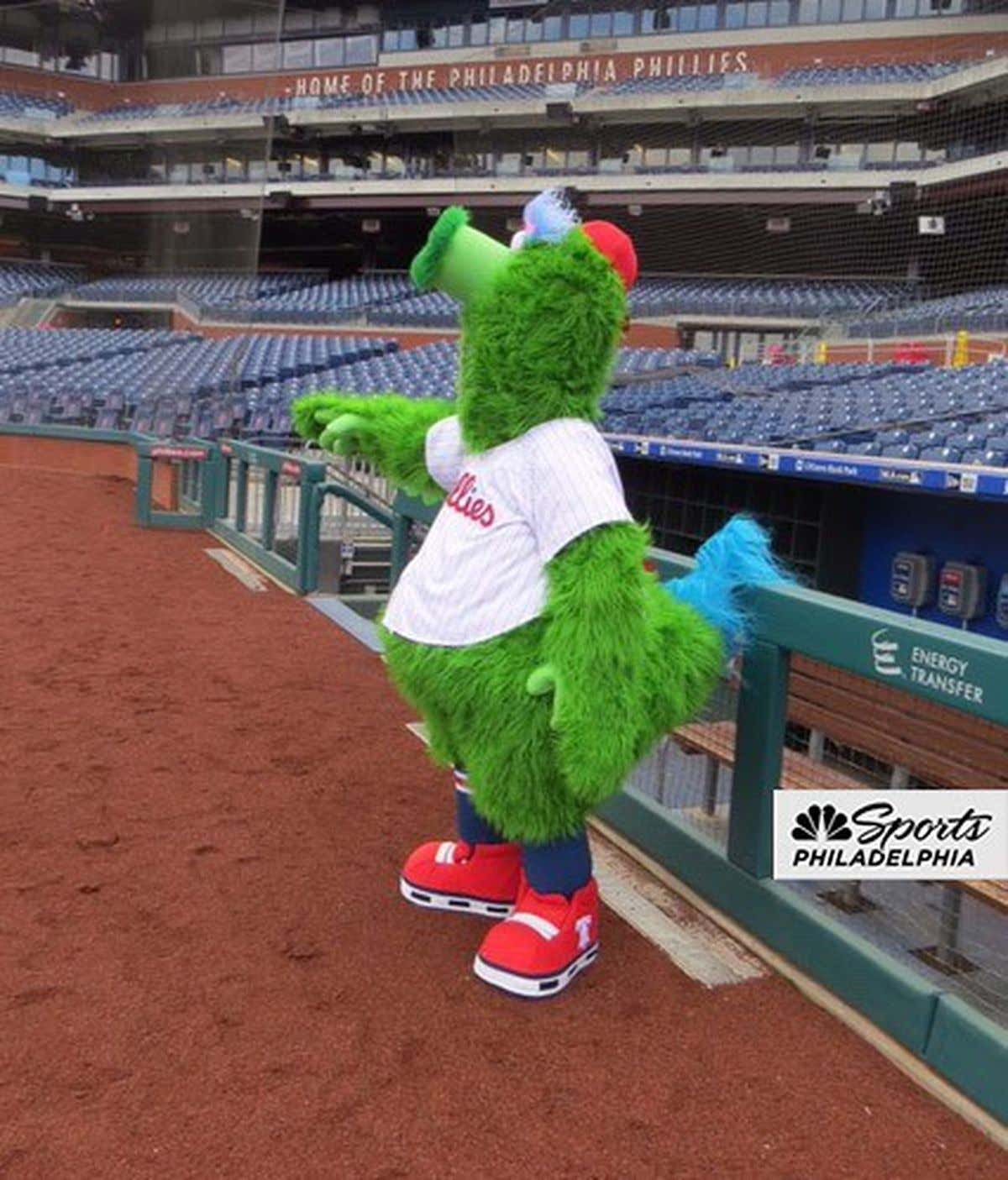 Just a nice little "F you" to the creators so that they don't have to pay royalties on the thing. Nor should they. Congratulations and designing the Phillie Phanatic 35 years ago. You were probably high off your ass when you originally drew that thing in the 70s. Now you want millions of dollars just because the Phillies made your high ass drawing super famous? That's not how this works.

But now that jackass John Oliver wants to get into the mix here? Now he wants to start throwing around offers to sign the Phanatic in free agency? And he wants to use that jackass Bob Costas to narrate his pitch?

The nerve of this guy. The arrogance. The audacity.

The Phanatic is quite possibly the biggest legend in this city. Nobody is more beloved in their town than the Phanatic is here in Philly. I mean for the love of god, just take a look at Dunph over here. 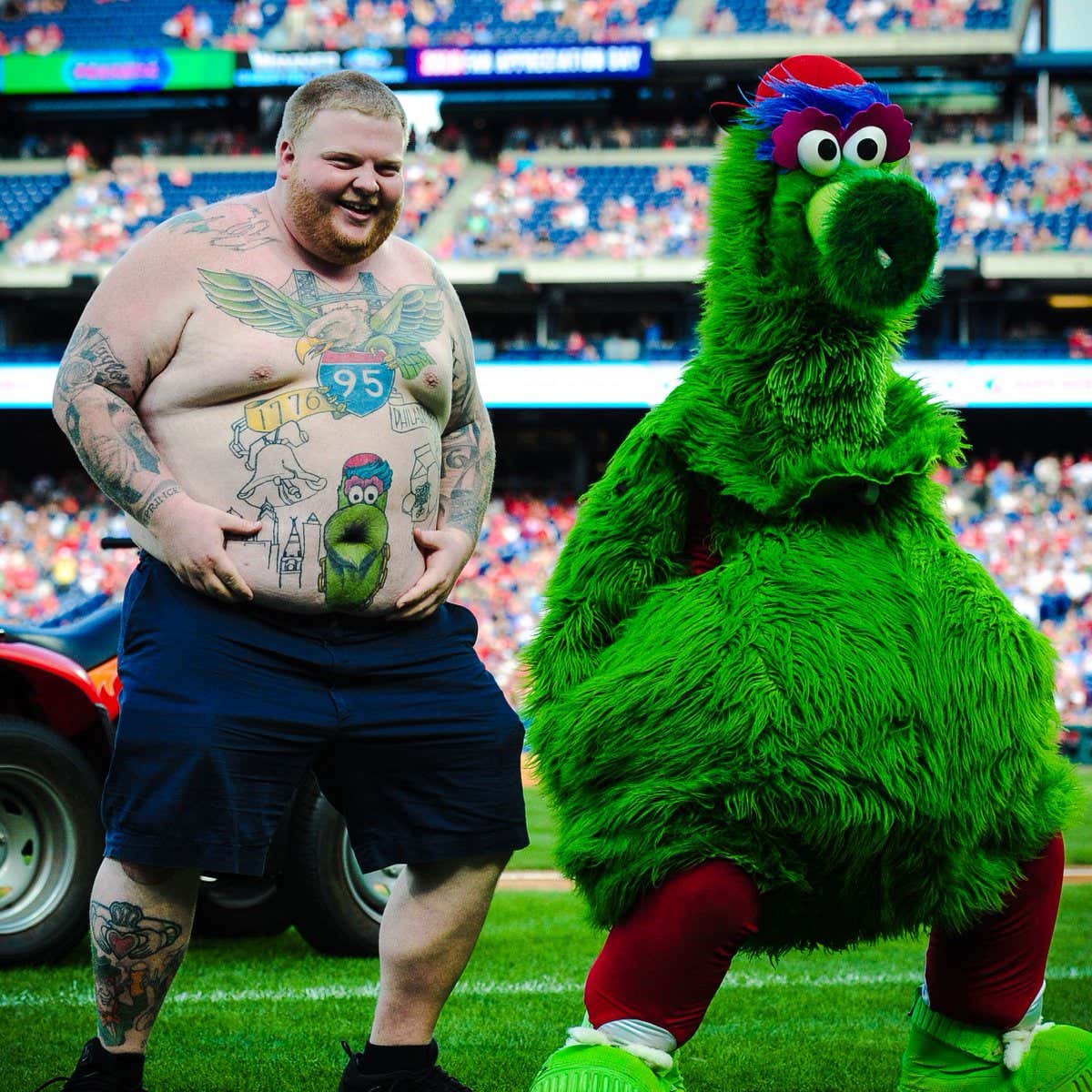 He is royalty in this city. And unlike the British, royals don't just run away here in Philly. I mean...maybe if he was married to Meghan Markle he would go wherever she wanted. But still. The point remains. The Phillie Phanatic belongs to the city of Philadelphia and the city of Philadelphia belongs to the Phanatic. Keep your greasy paws and pink eye Costas far away from him.