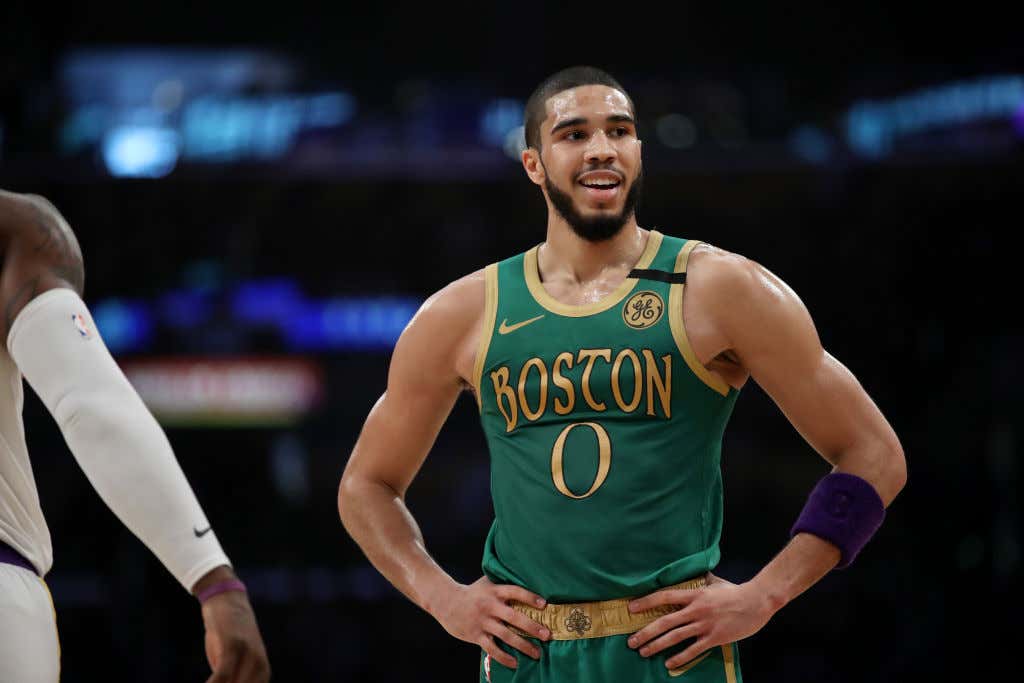 Man, they grow up so fast don't they? I feel like it was just yesterday Jayson Tatum was a 19 year old rookie sensation carrying this team to a deep playoff run. Now look at him, a full 22 years old, an All Star who is going to find himself in the All NBA conversation leading one of the best teams in the entire NBA. I know this happens all the time but shit like this makes me think of myself when I was 22 and how drastically different our lives are. When I was that age I was fresh out of ASU and got a job slinging Colorado Rapids MLS season tickets in 2010. Had to make hundreds of phone calls a day just to hear people tell me to shut the fuck up and leave them alone. You know how hard you had to work just to sell a season ticket package that was like $100 for the entire season? Anyone in the ticket slinging game knows what that grind is like. I was so little making money I basically bought a ton of ground beef once a week with some taco packets and just ate homemade tacos every single day. That promise of "You get to work in sports! You can go anywhere if you sell a lot!" that is told to every 22 year old sports marketing major lost its steam quickly. Had to get my ass back to Boston immediately.

I'm sure you have a similar story of when you were 22. Basically we were all young pieces of shit that made no money and had to grind to get by. Jayson Tatum, not so much. While it's hard for me to accept that he's finally not 19, what better way to celebrate his birthday than for me to show you 22 fantastic Jayson Tatum stats.

2. In fourth quarters this season Tatum is averaging 6.0 points on 51/49% shooting

7. His 30+ point average for the month of February made him just the 5th player do ever do that for the Celtics

8. Tatum was the first player 21 or younger to have three straight games with at least 30 points shooting 60% or better since Shaq

10. Opponents shoot 2.3 percentage points worse while being guarded by Tatum than their season averages

11. Tatum is 2nd on the team on drives with 11 a game, making 48%. That's more than double the amount of drives we saw last season.

12. Currently he ranks 2nd on the team in deflections with 152, which is 21st in the entire NBA

13. The only players in the NBA who average at least what Tatum averages are Luka, Kawhi, KAT, LeBron, and Pascal Siakam

14. Jayson Tatum is already 10th all time on the Celtics 3PM list

15. On pull up threes Tatum is shooting an impressive 40%

16. As the P&R ball handler, Tatum ranks in the 92nd percentile and shoots 47.6%. This is up from the 71st percentile last season

18. Not only that, he averages more points on better shooting splits (25.2 points on 47/38% shooting) against the Western Conference than the East

19. Jayson Tatum leads the Celtics in FGA in the restricted area at 5.7 a night

21. Tatum's 214 games played is the 5th fewest total of that entire list

Alright how we doing? Maybe fairly aroused? It's OK, that's only normal. I could have gone on and on but I think you get the point. Jayson Tatum rules and is doing things at a young age that only the best players in NBA history are doing. He's out tonight because he's "sick" aka hungover as balls, and I'm not even mad. How could I be when he has brought us so much joy, like this beautiful highlight mix