(play this for full Inception effect, goddamnit Hans you are a beautiful bastard)

After blogging the 1st warning shot this morning, the DK Metcalf vs. PFT Commenter showdown soon took an unrelenting turn toward THE TERRORDOME this afternoon. An endless barrage of IG Story posts began between them, resharing the same slide repeatedly and relentlessly with a new jab until it all ended up as some kind of modern day digital spin art?

It was quite literally GRITCEPTION before our very eyes, neither champion backing down an inch. *WARNING* you are about to witness a batch of clean and unclean shots, approach accordingly...

Crying Face emojis seen around the world + DK Metcalf's 860k followers that started it all: 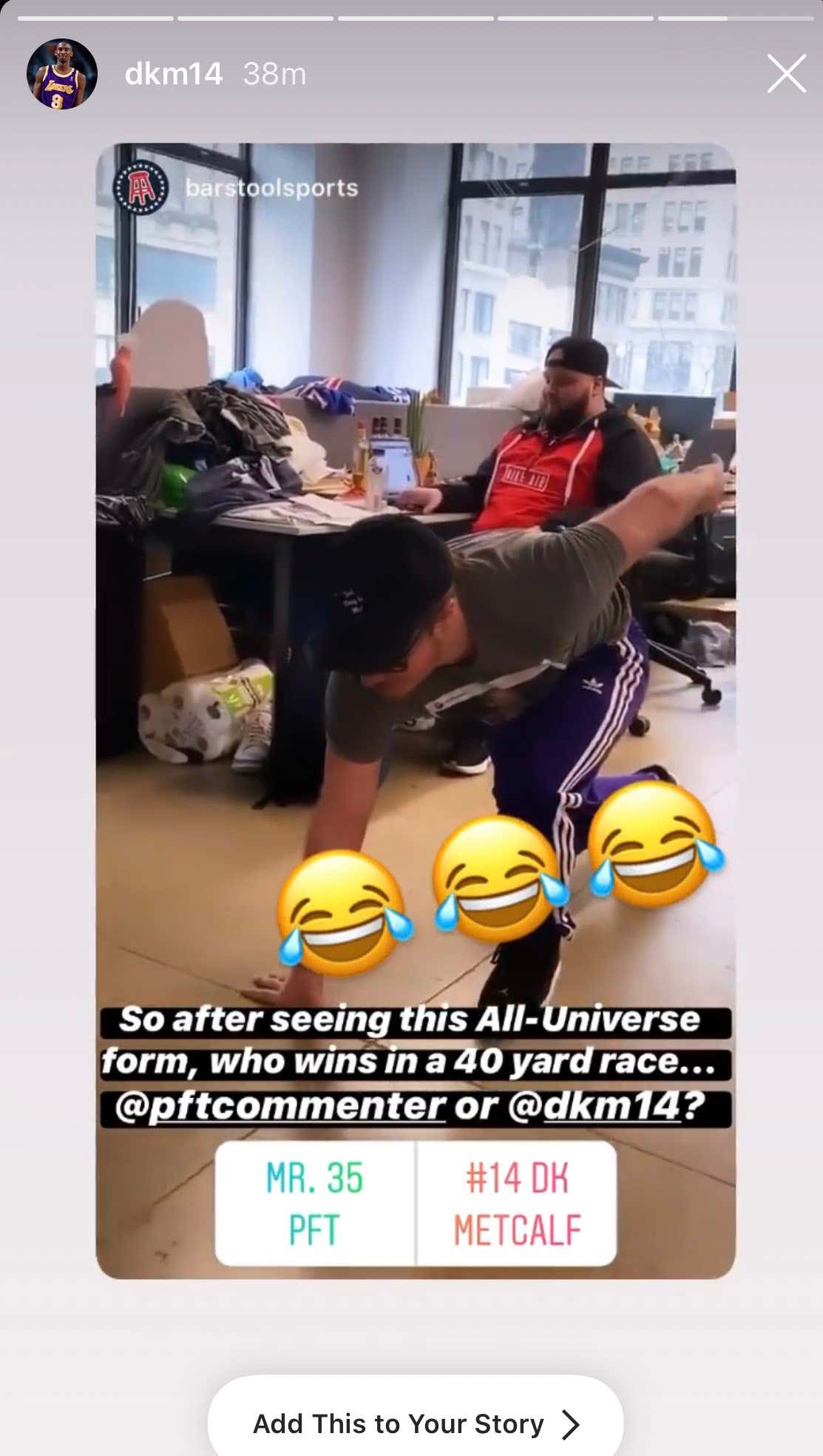 Here's the IG battle between Mr. 35 & Mr. 14 that happened throughout Wednesday: 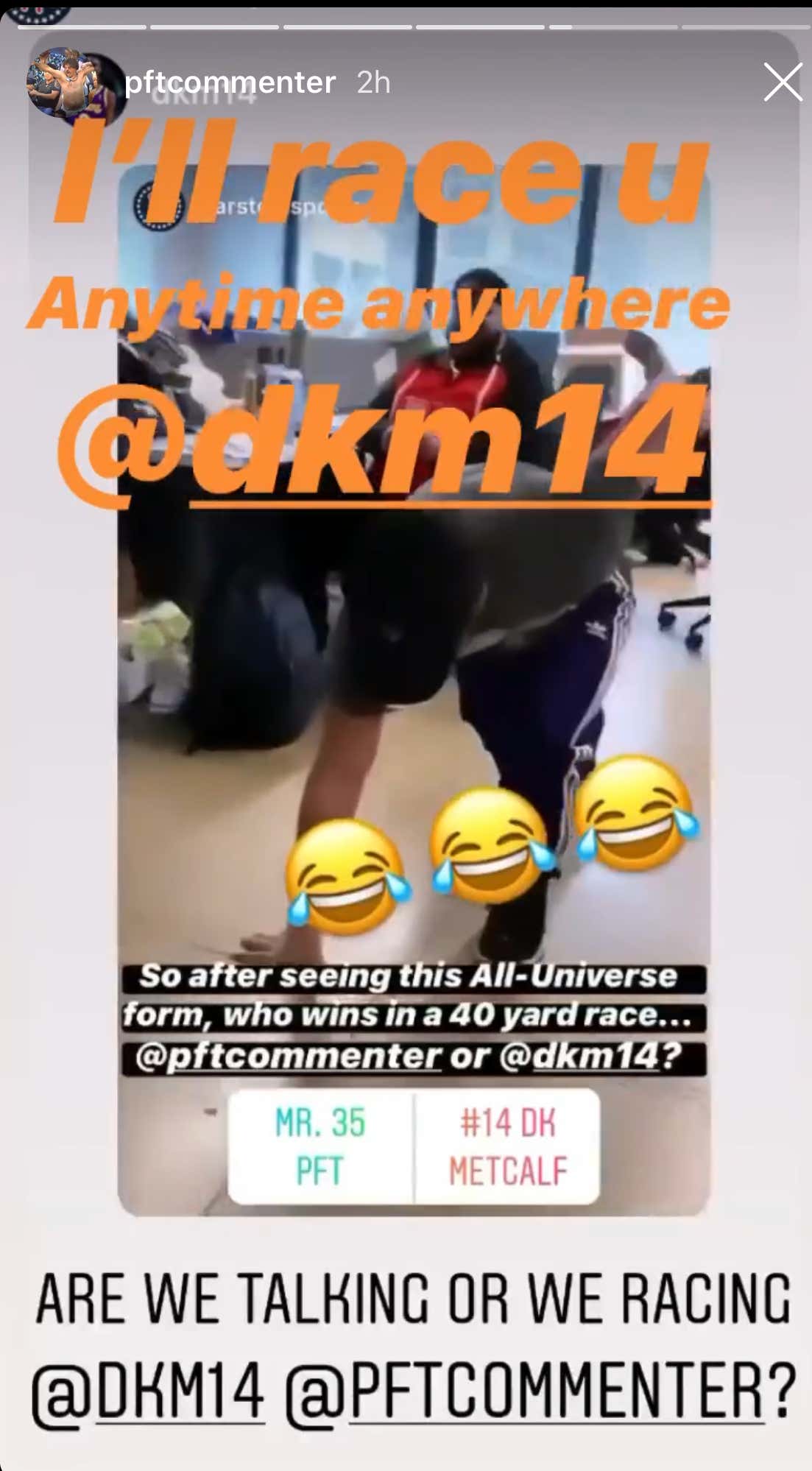 DK: "EASY TO SAY THAT WHEN YOU KNOW YOU'RE SLOW" 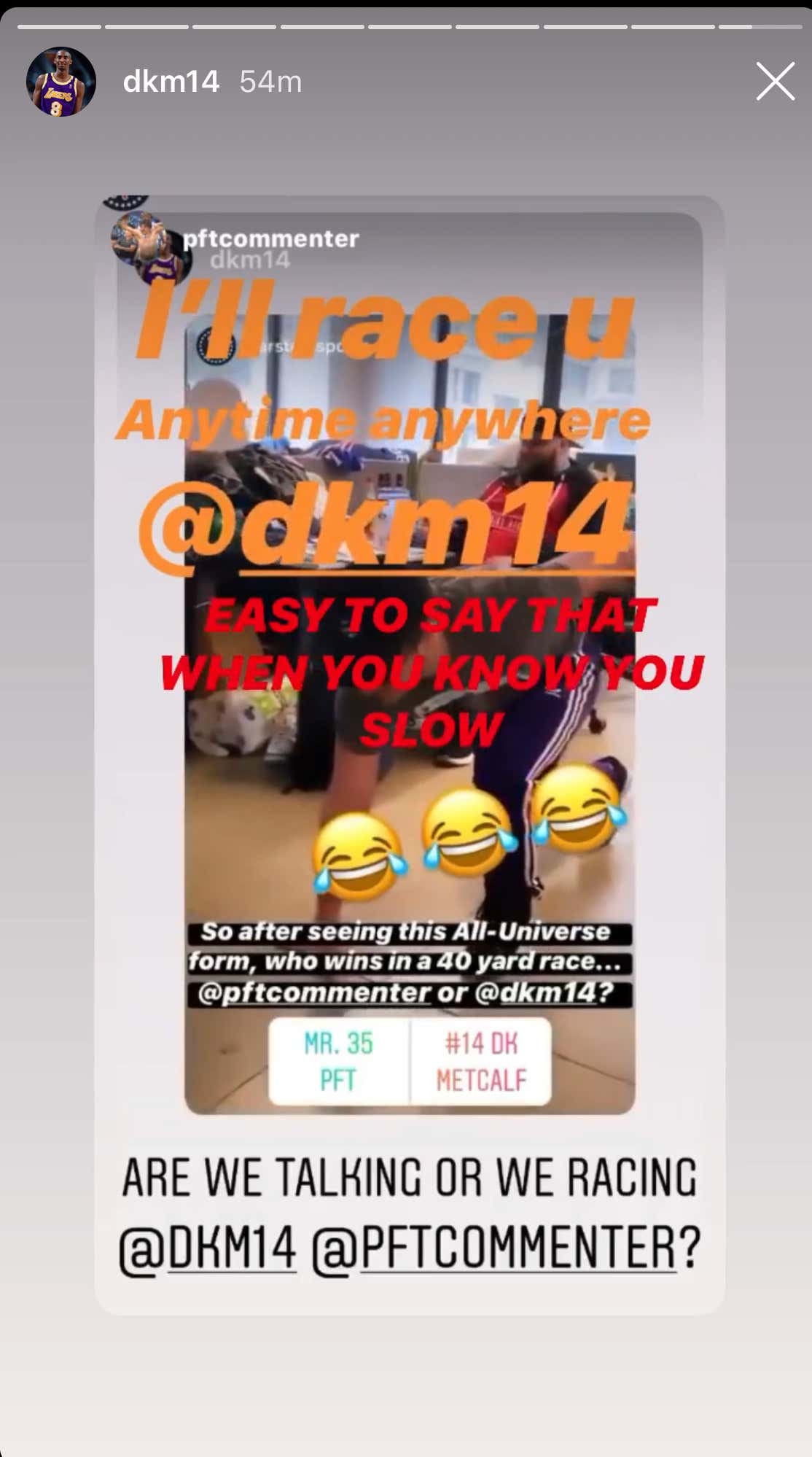 PFT: "Ask ur girl how slow I am" *SWEARING UNICORN EMOJI* 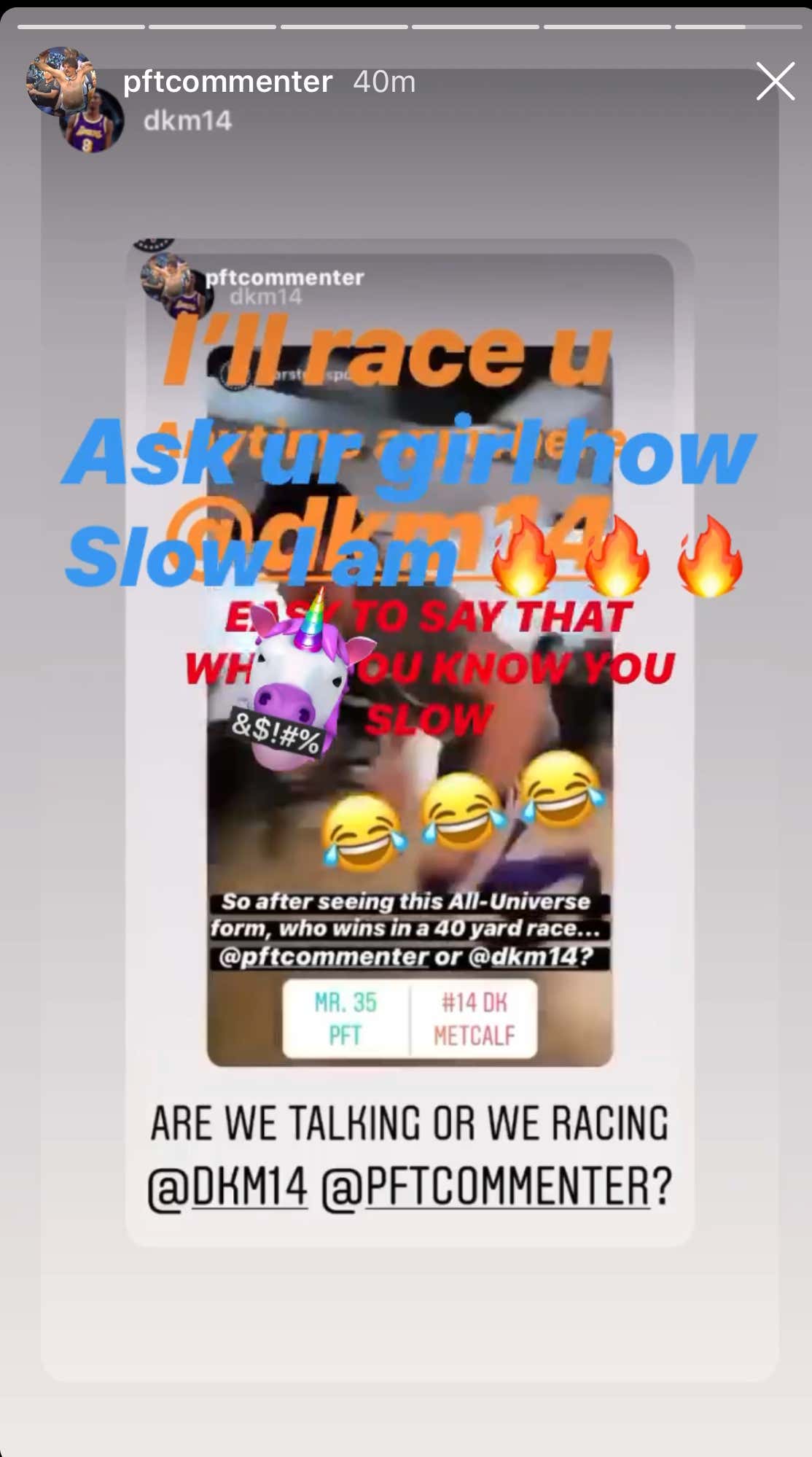 DK: "She said you slow and you fit the stereotype" 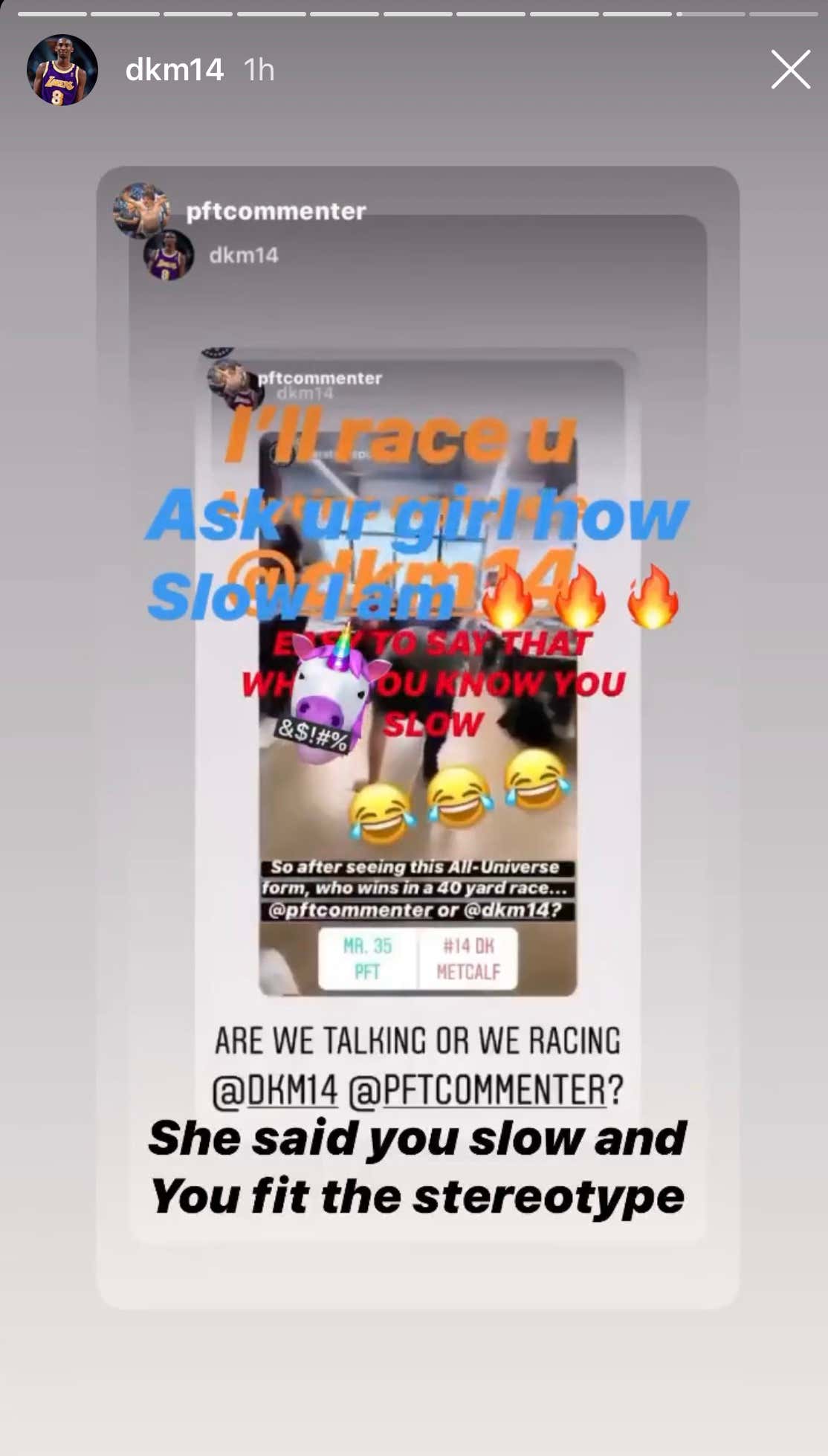 PFT: "That's not the only Thing she say's I fit" 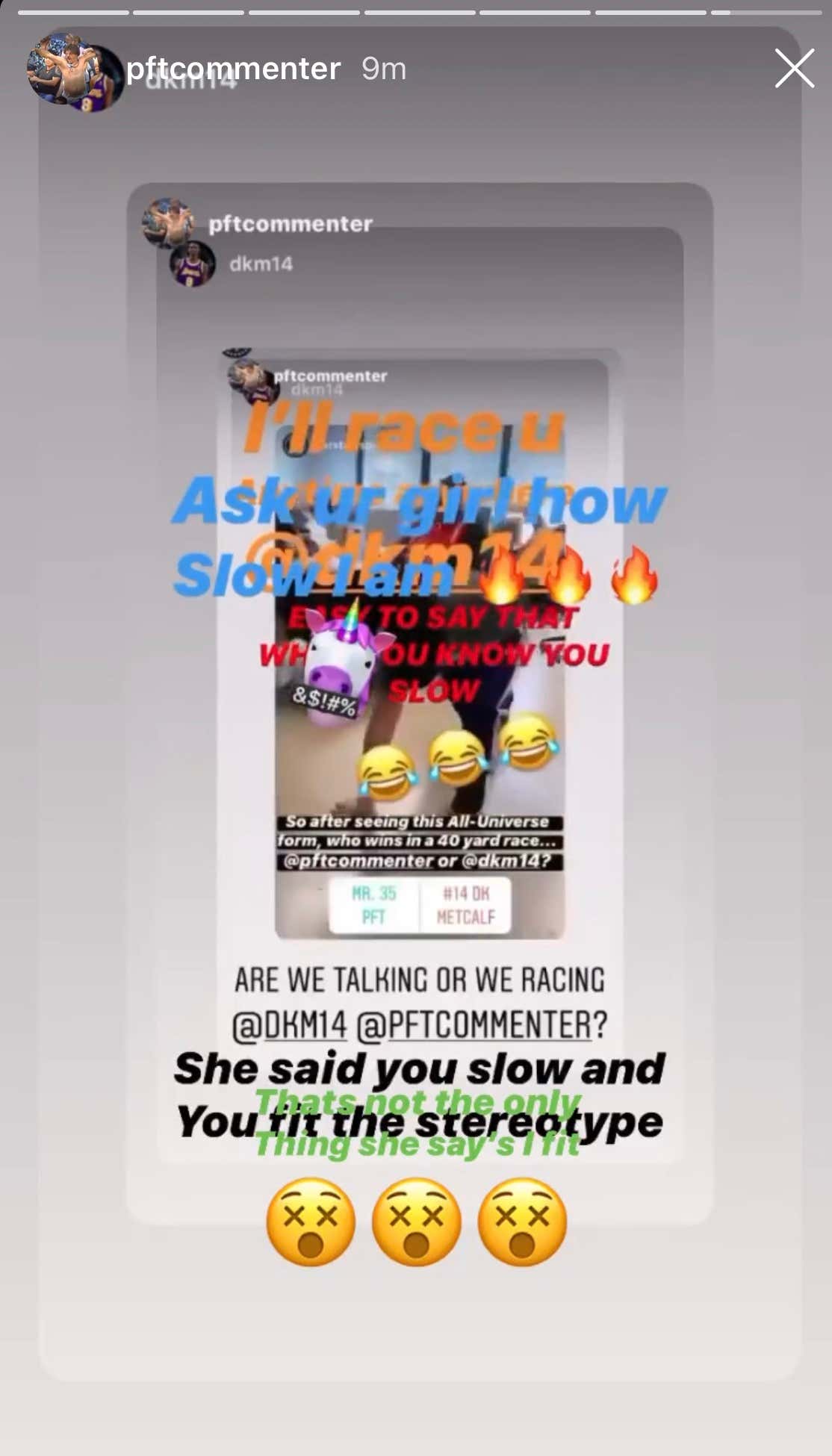 DK: "Shouldn't you be looking for hair implants?" 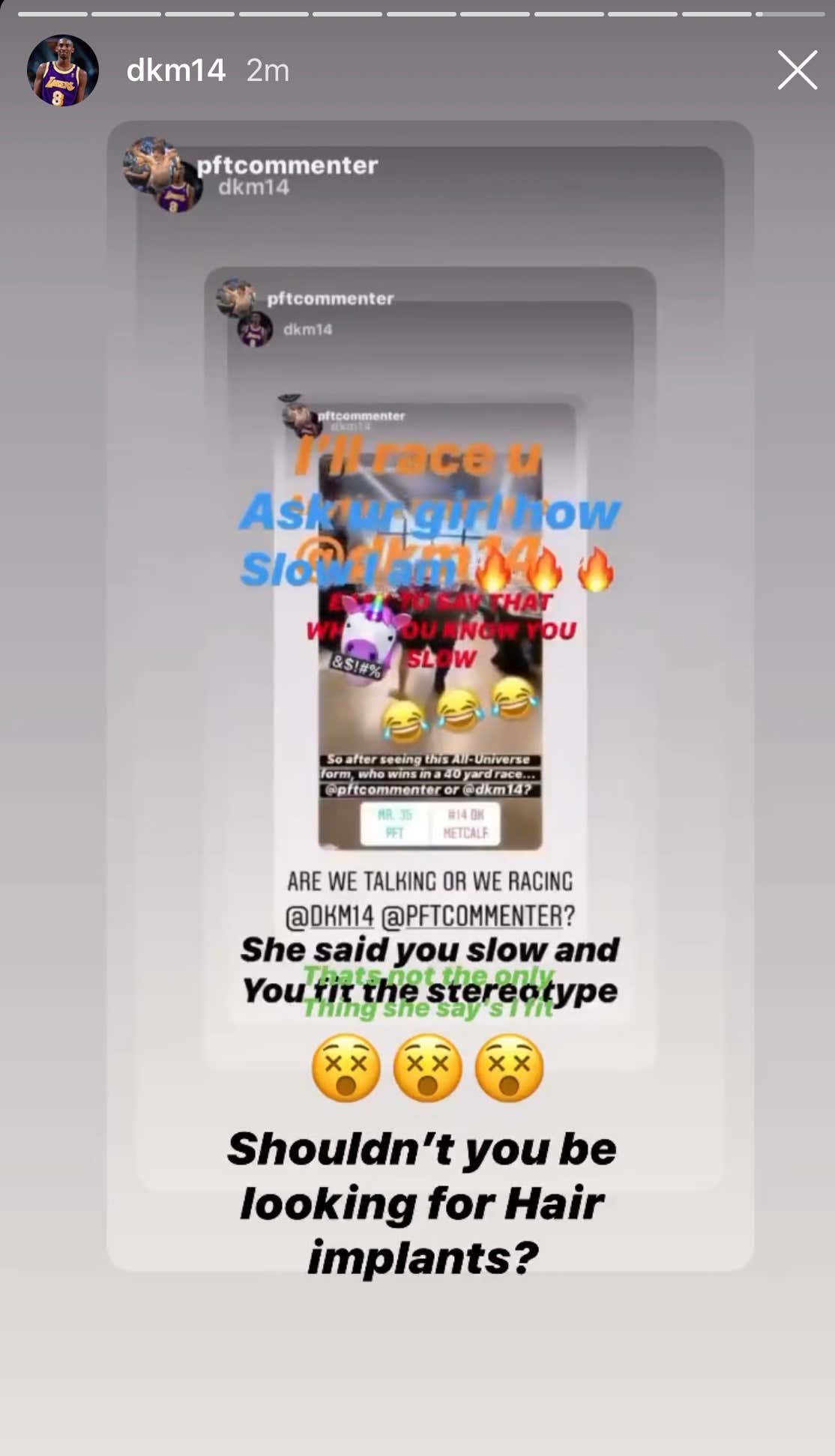 PFT: "Don't make me add a three cone drill to this Im been on the TB12 method" 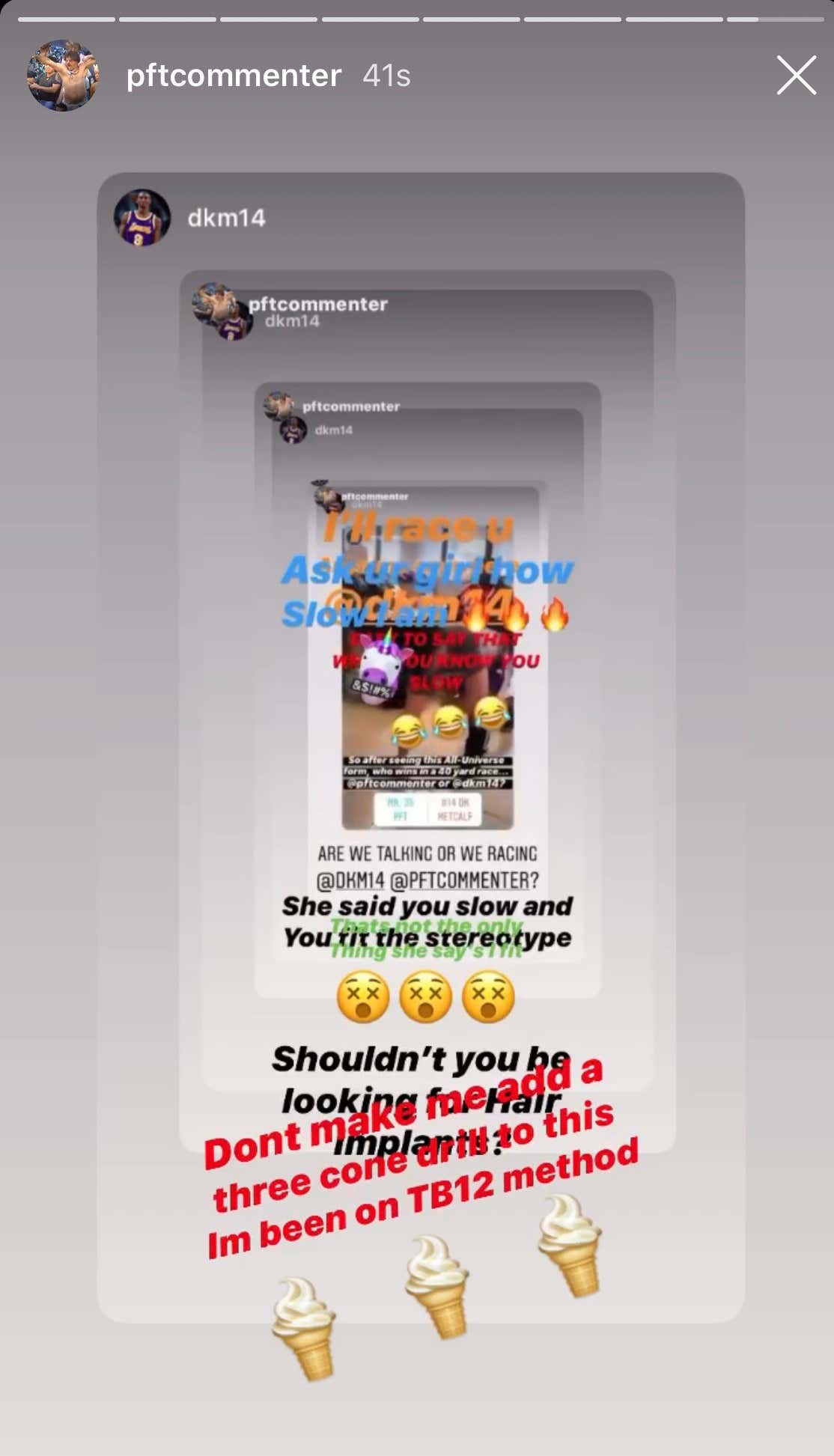 DK: "What's more embarrassing not making the XFL or being named ****?" 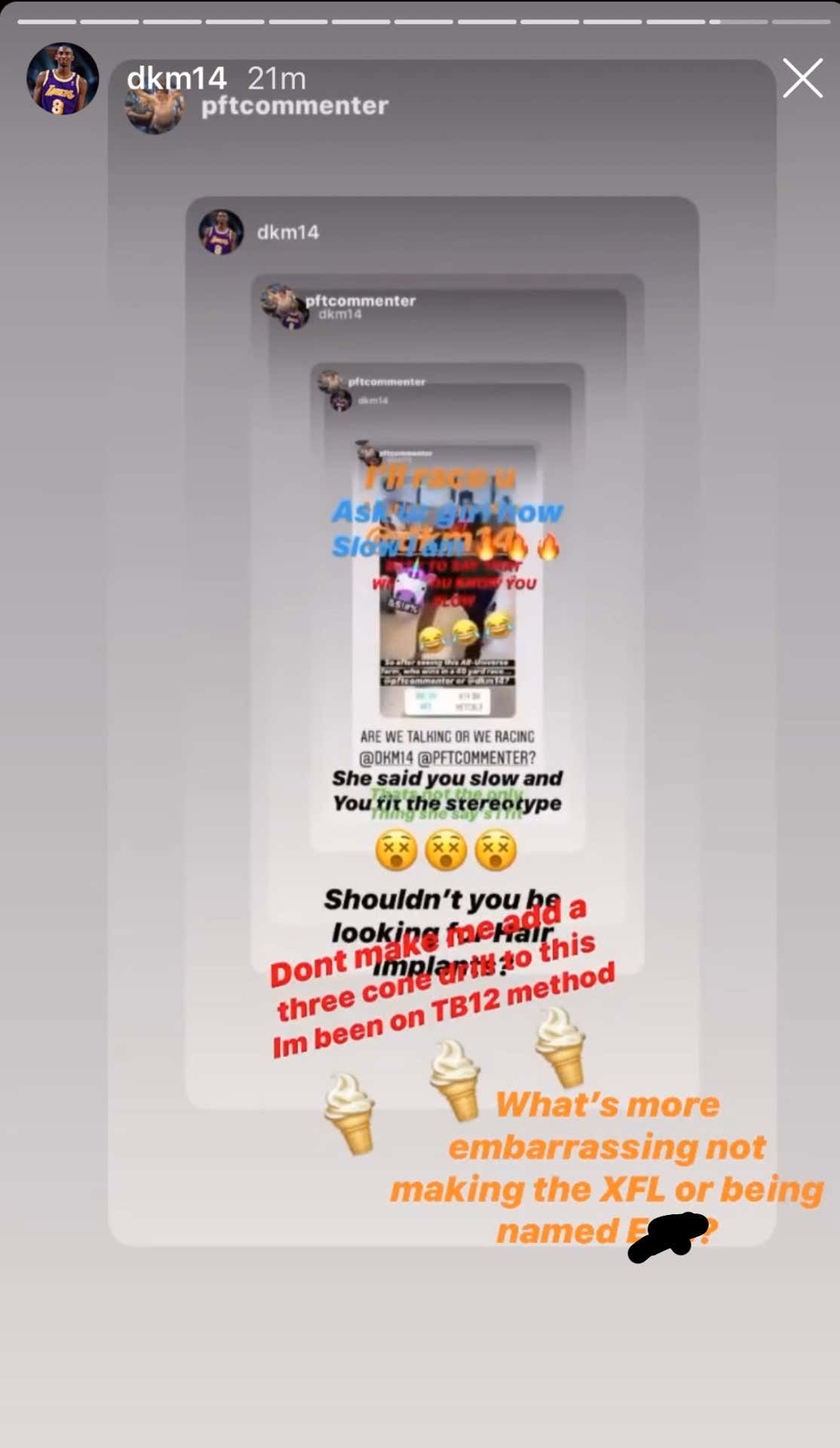 PFT: "If only I kicked as straight as you run" 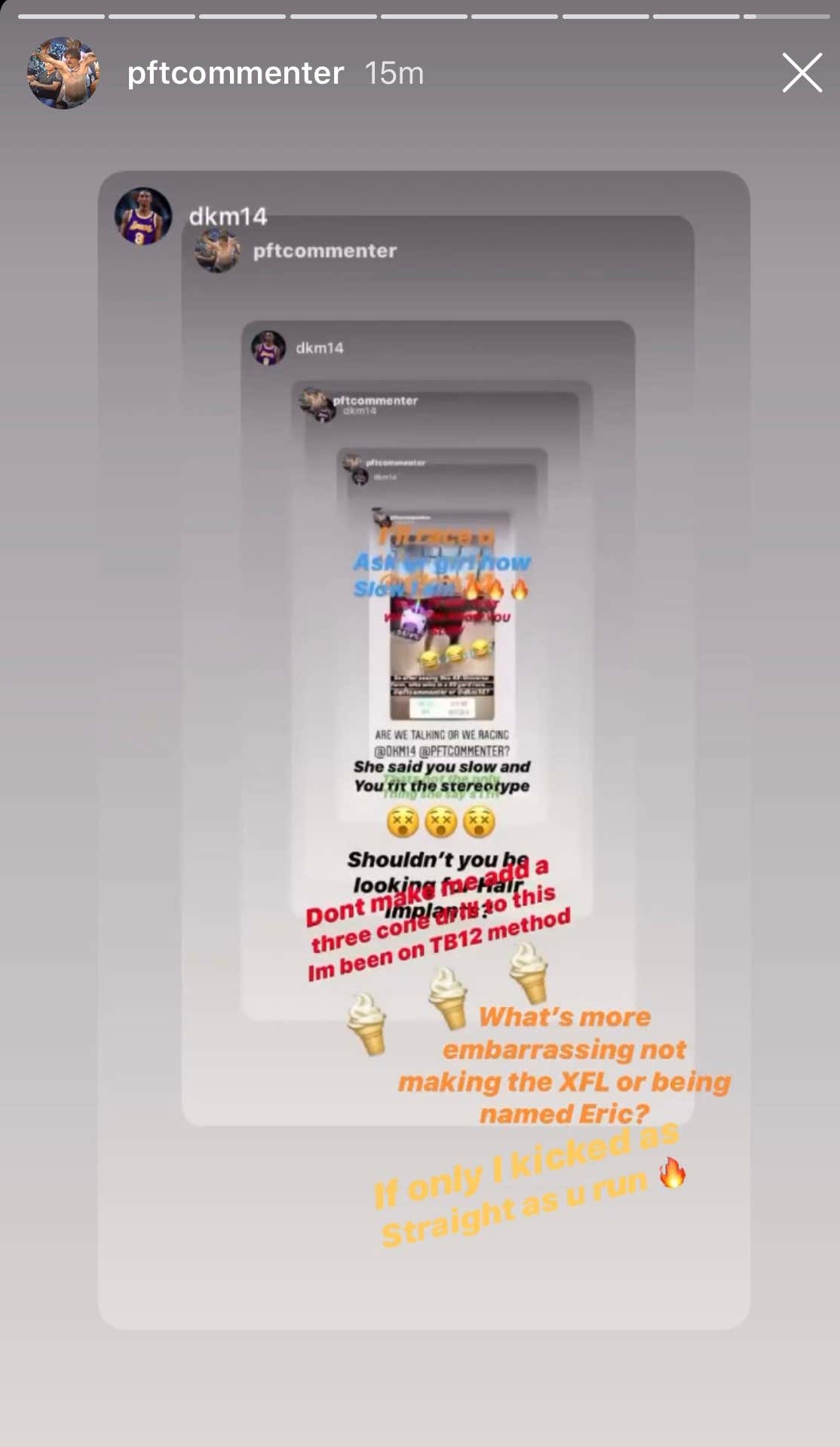 DK: "So Fabios homeless cousin wants to call a truce?" 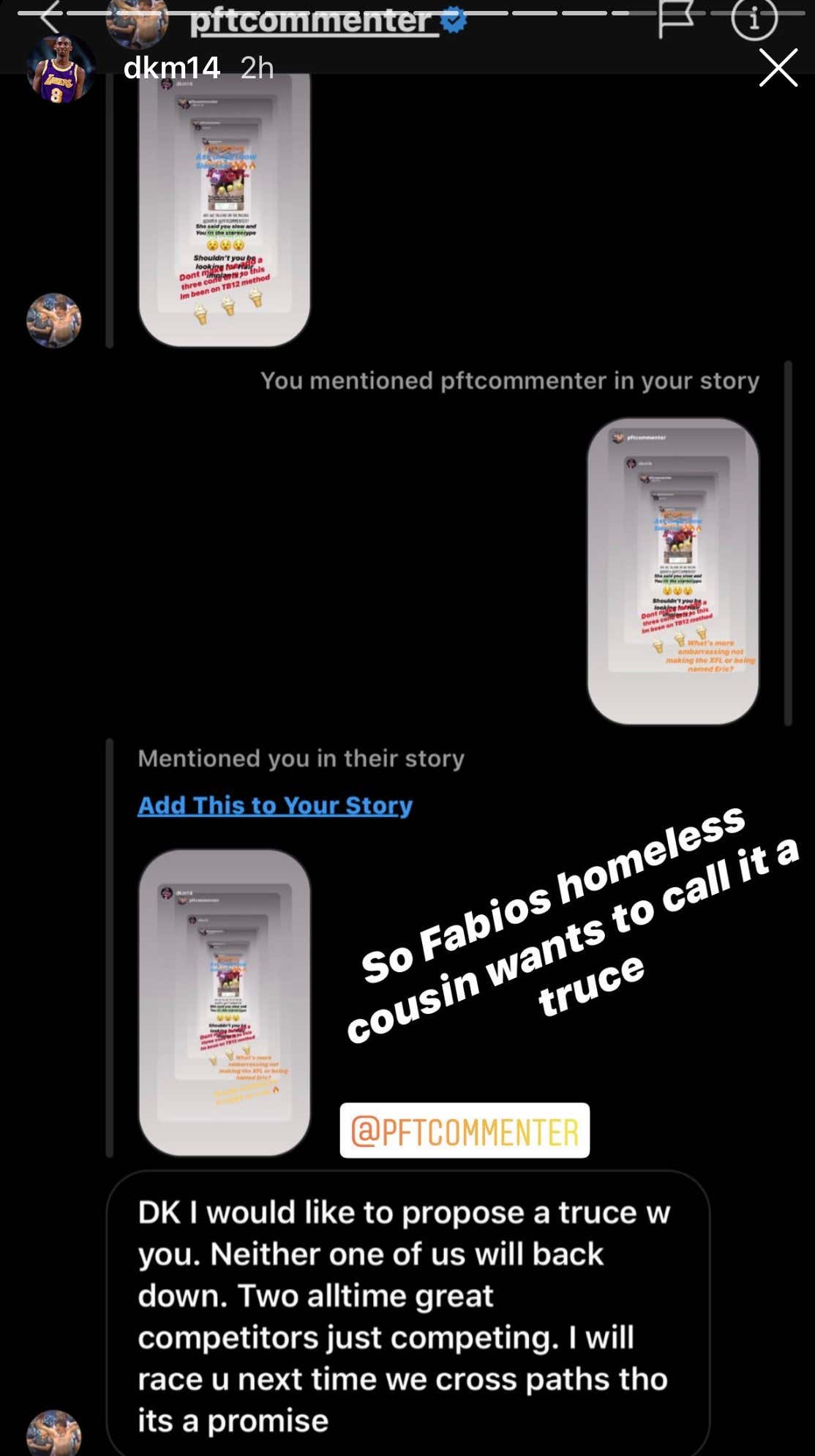 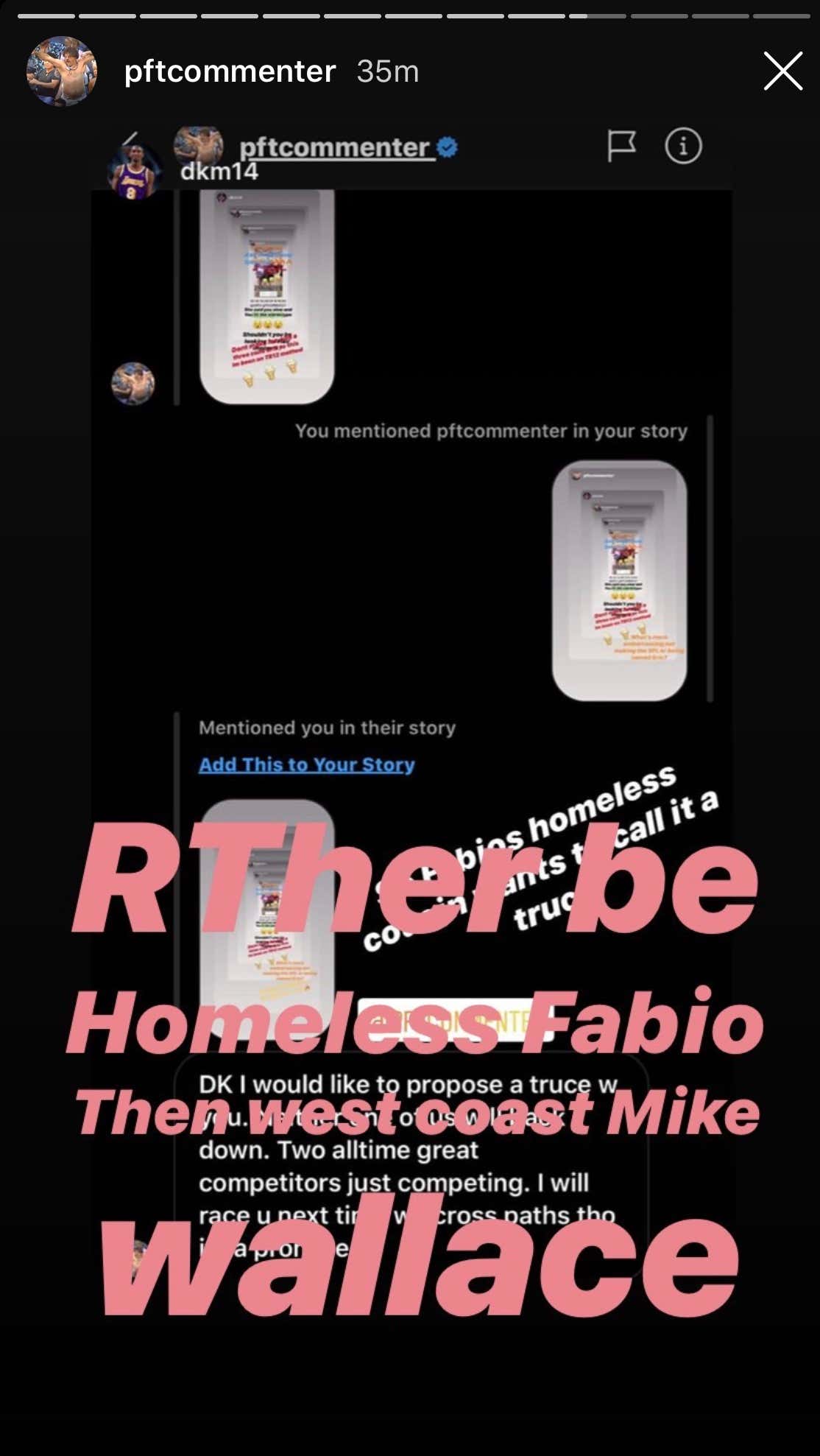 DK: uses GIF of himself saying "PEACE OUT" 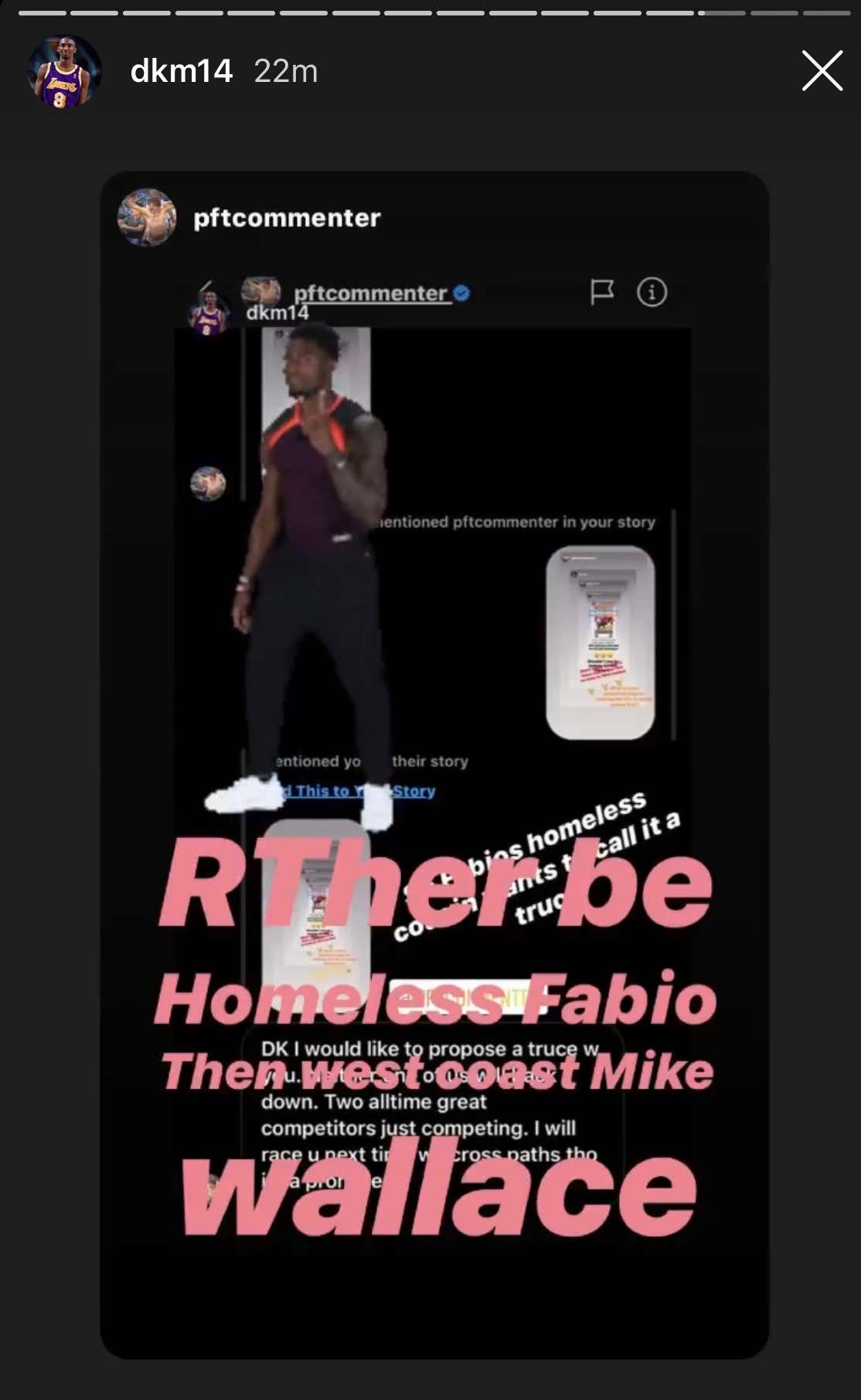 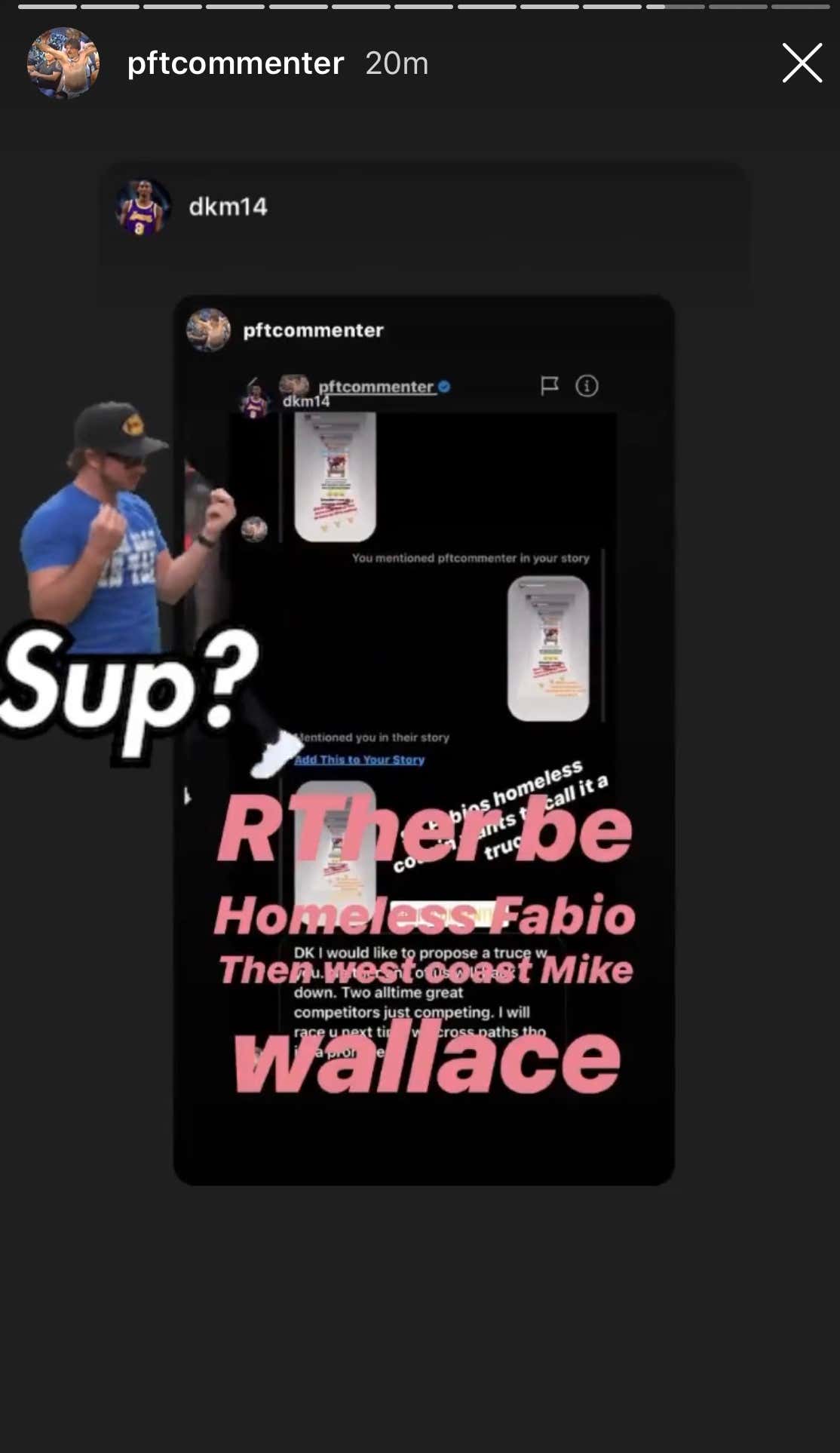 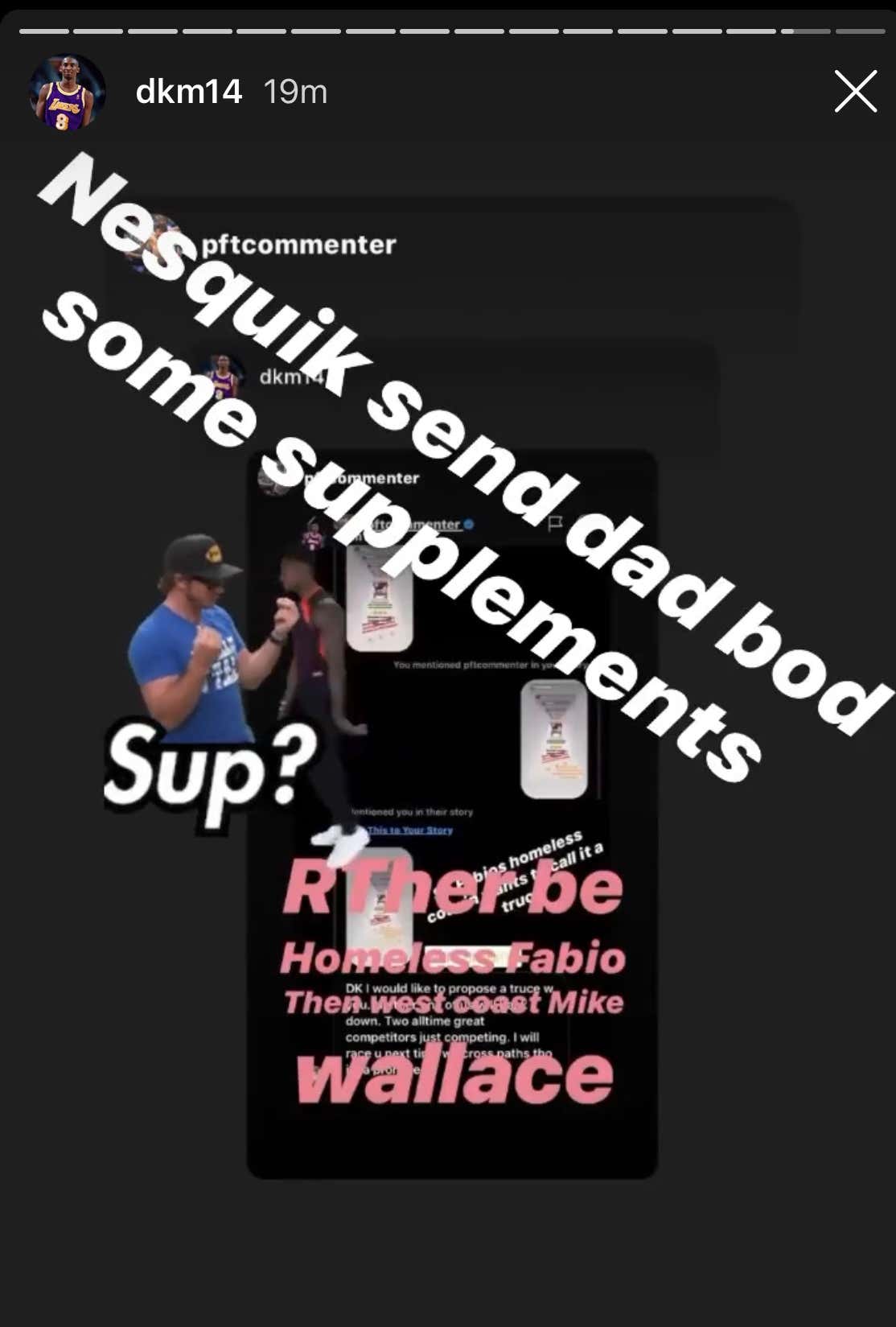 PFT: "Im more of a cheese guy. Always good to have wisconsins finest behind you, just ask ur secondary" 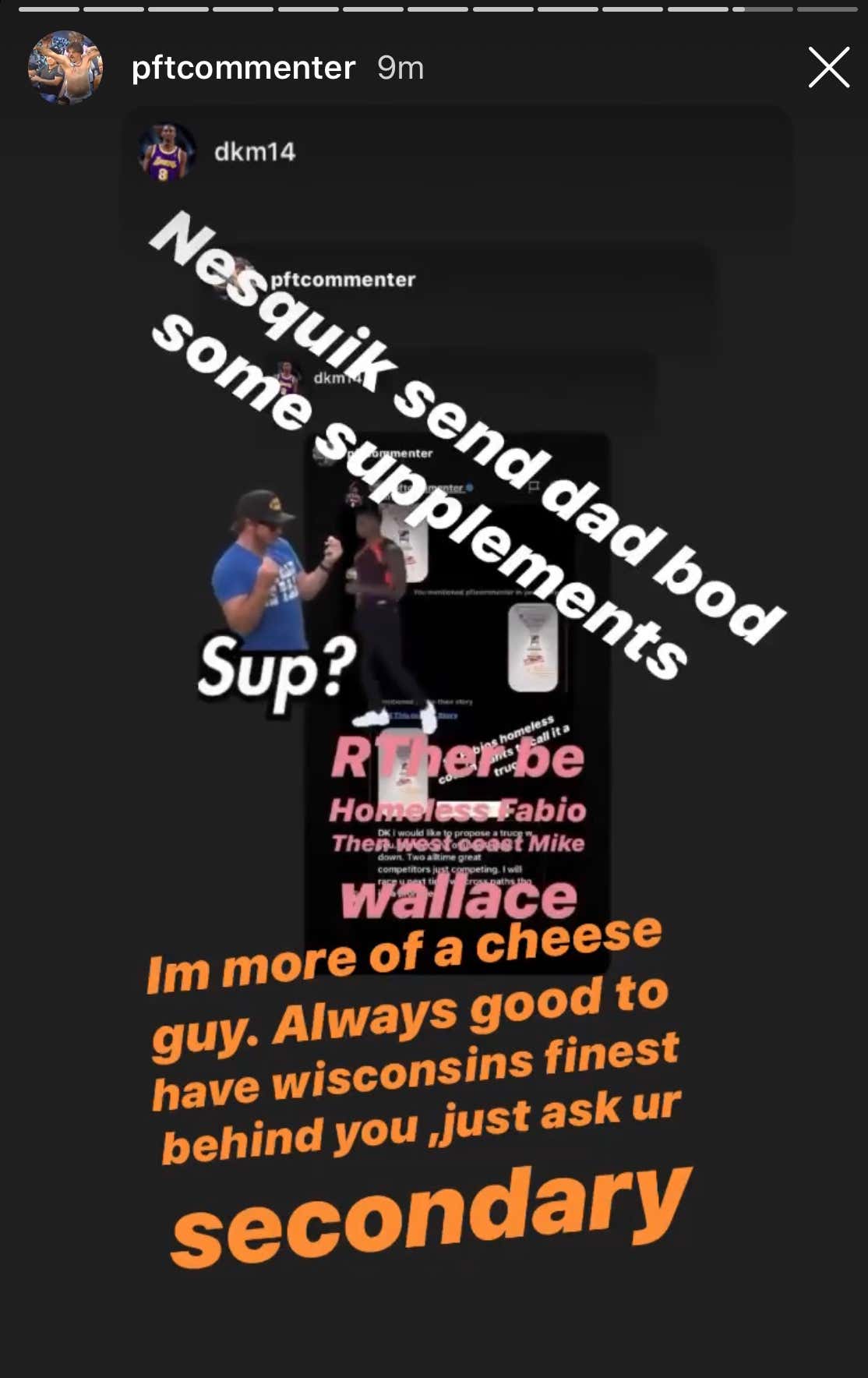 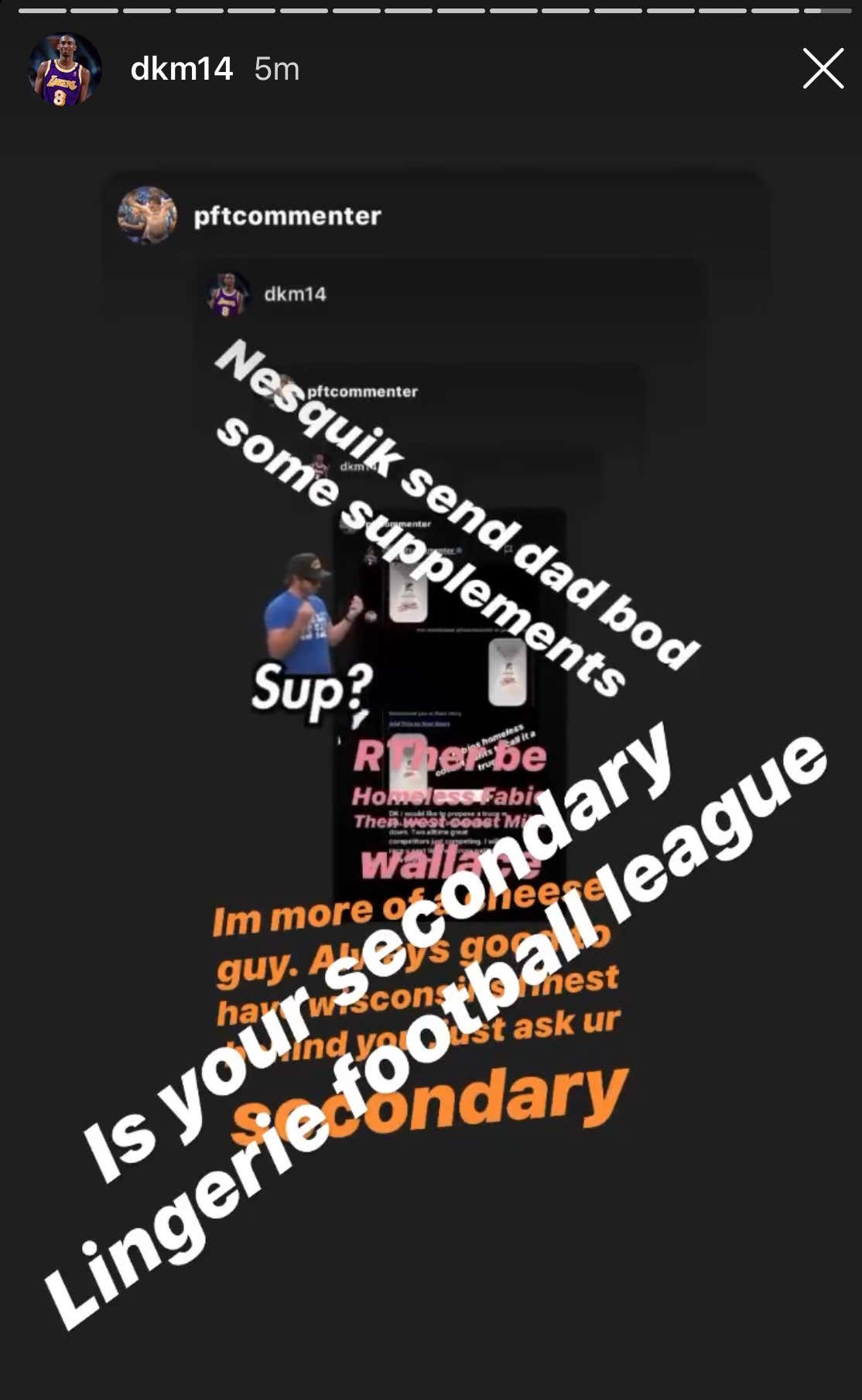 PFT: "Listen, if I cared about underwear olympics that have nothing g to do with the real game I would have just watched your combine tape" 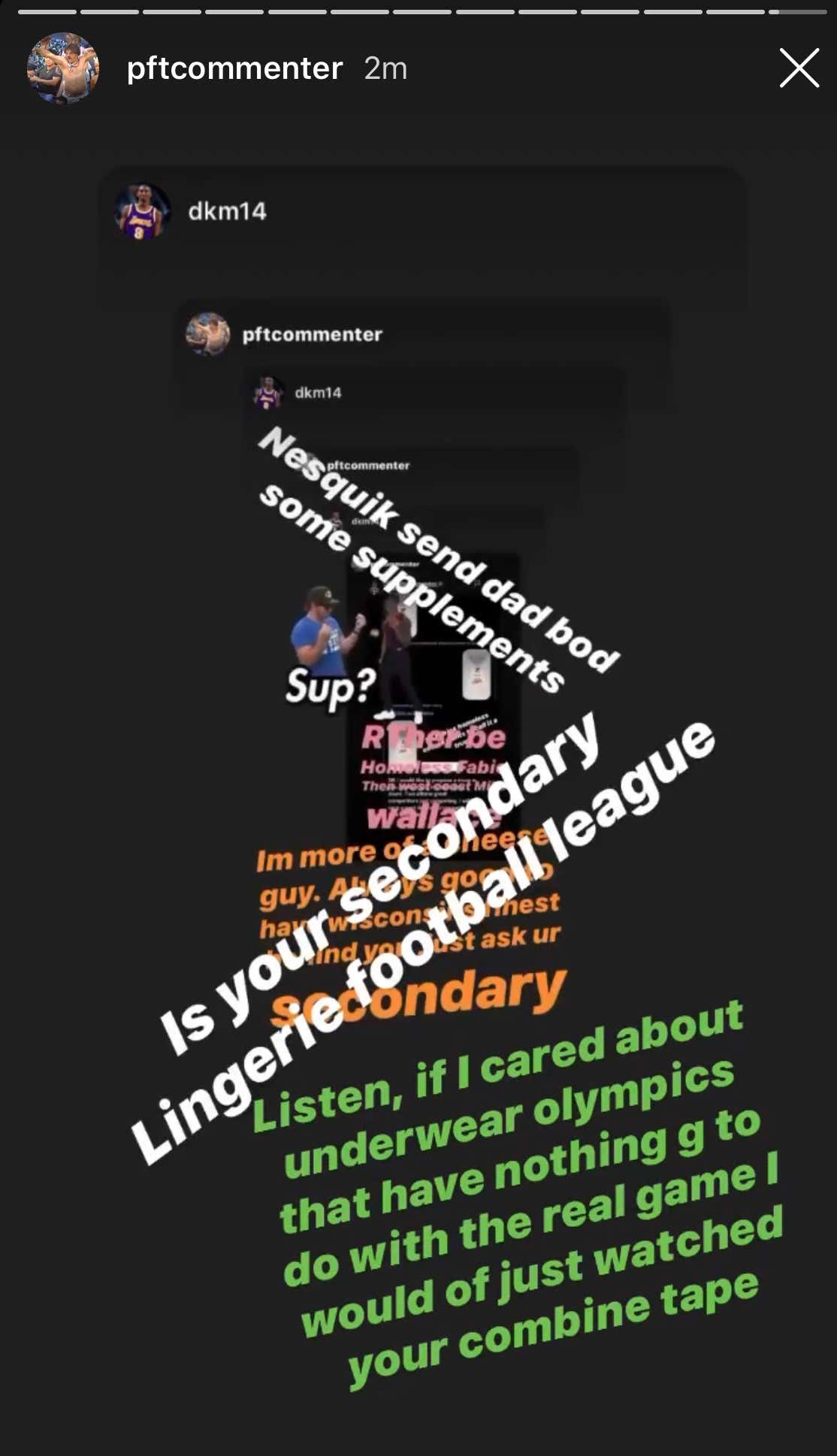 DK: "Look at your measurables, I'll hold my hands up and let's see that vert" *CRYING FACE EMOJI* 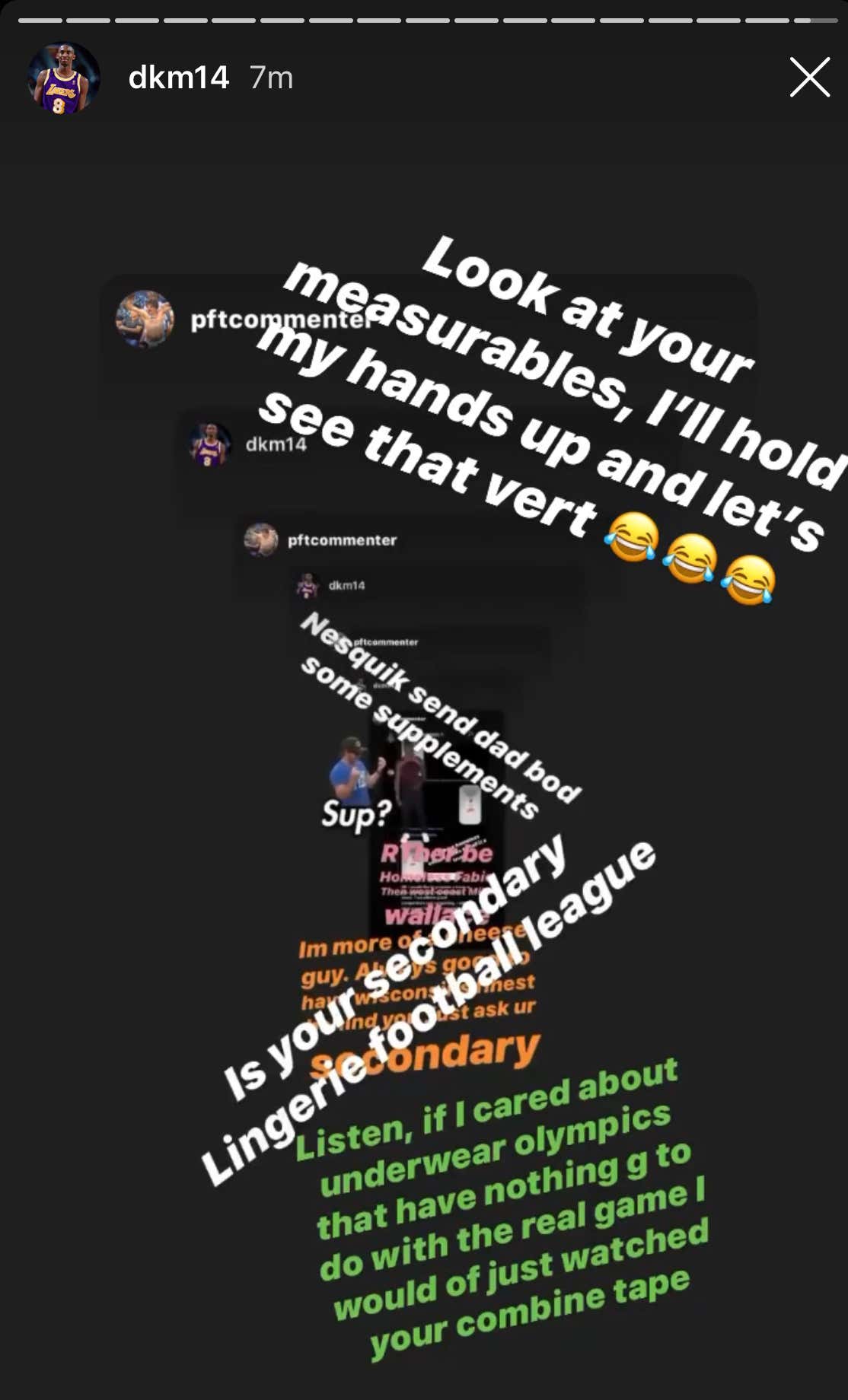 Crying Face emojis to begin and to end, just keeping up with them the past few hours for this blog has sent me 6-9 levels deep. Simply put it's been an absolutely legendary slobberknocker between these 2 titans today. DK proved to be an impressively unstoppable force while PFT remains the most immovable object possible, within 35 yards.

Not an ounce of quit in either of them. Salute to you, Gladiators... Really no better way to kick off #CombineSZN folks. Stay tuned to @PardonMyTake for more of their trip to Indy this week

PFT: "Oh man this is embarasing you sent this to me by accident instead of to ur lil quarterback" 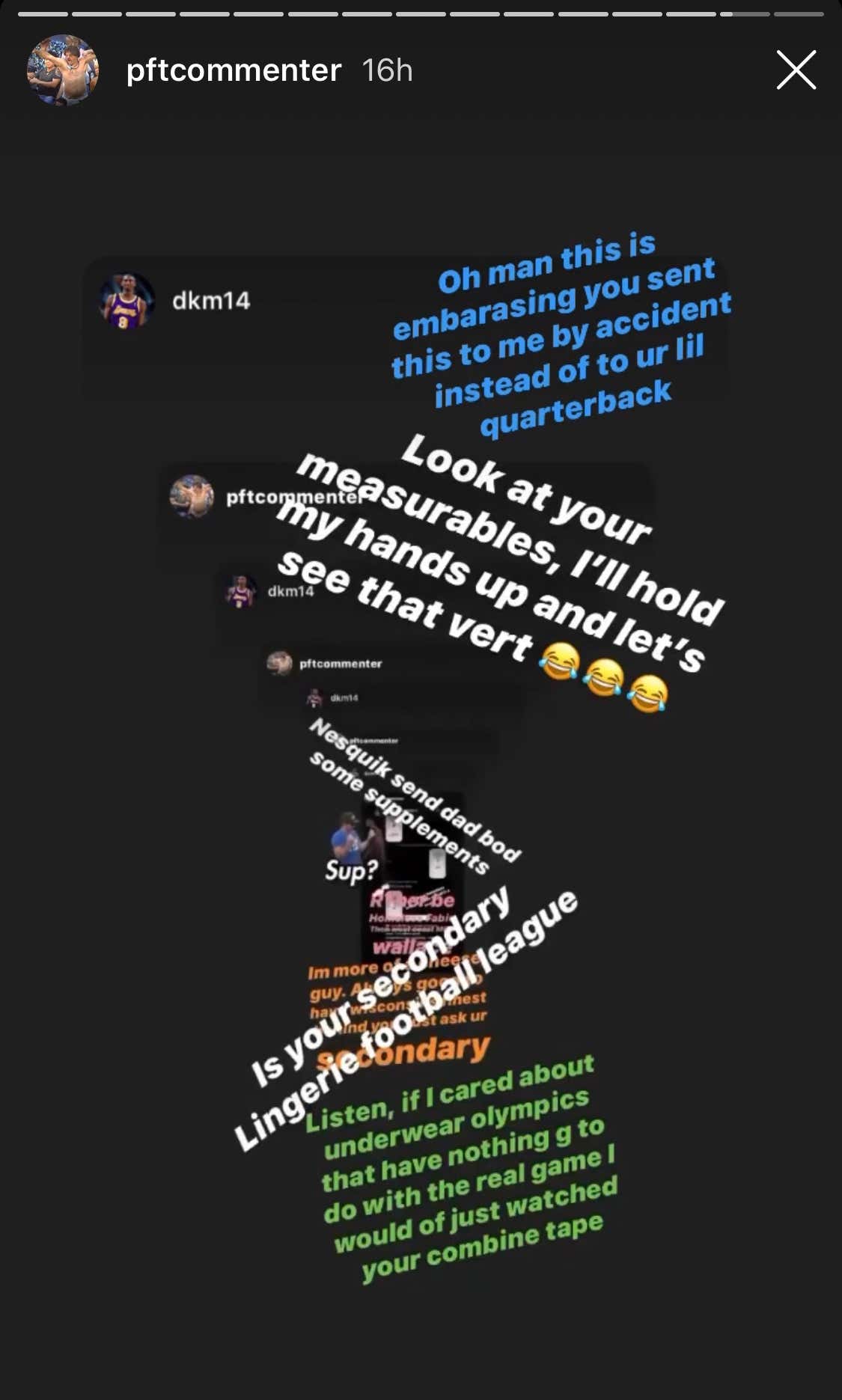 DK: "Bruh this between me and you! You should be sponsored by *******, your body shaped like a mini fridge" *CRYIN FACE EMOJI* 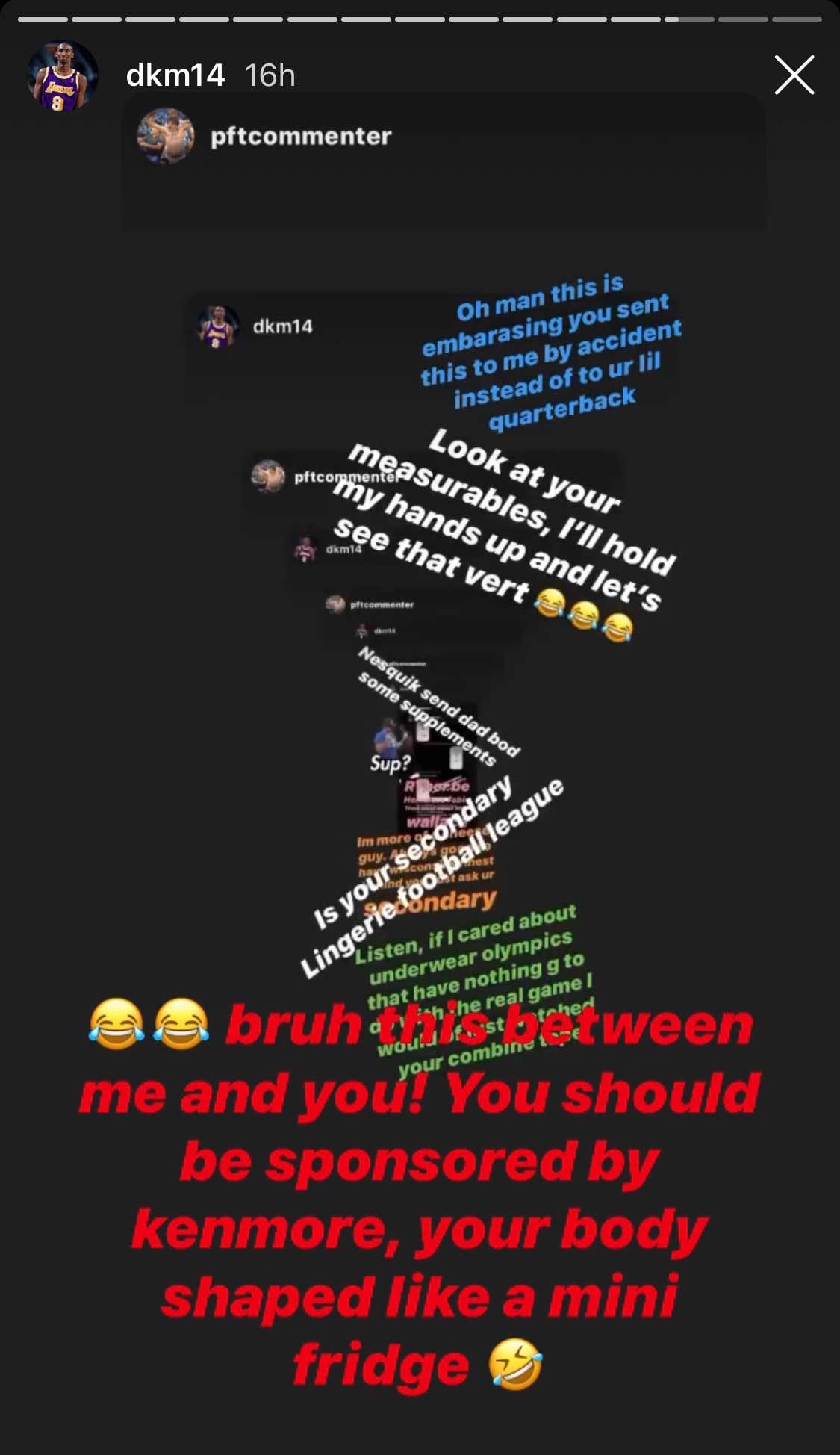 PFT: "So in other words it looks like ive got a six pack. Thank u for the complement" 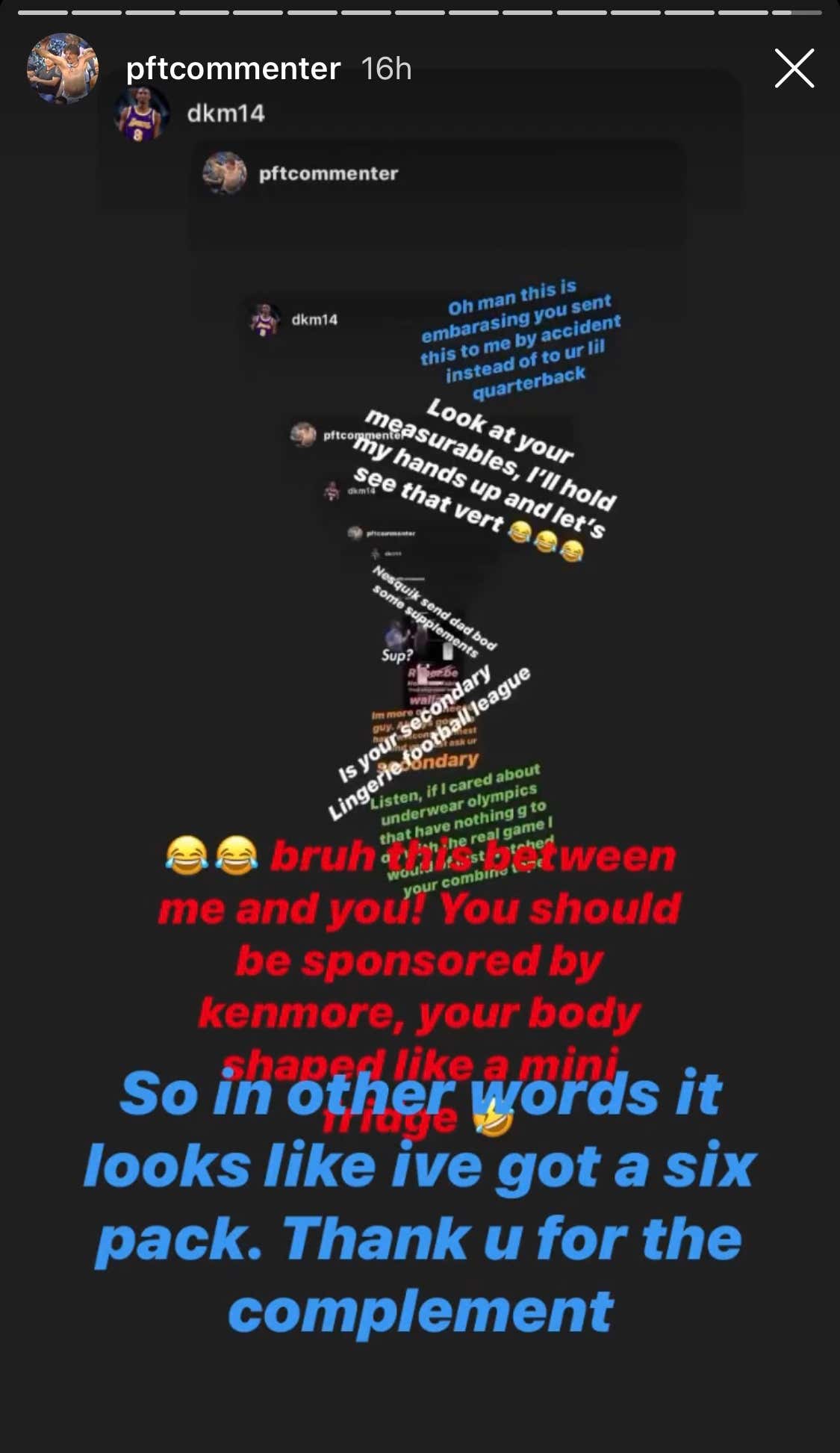 DK: "You are welcome we should do this again sometime" CRYING FACE EMOJIS 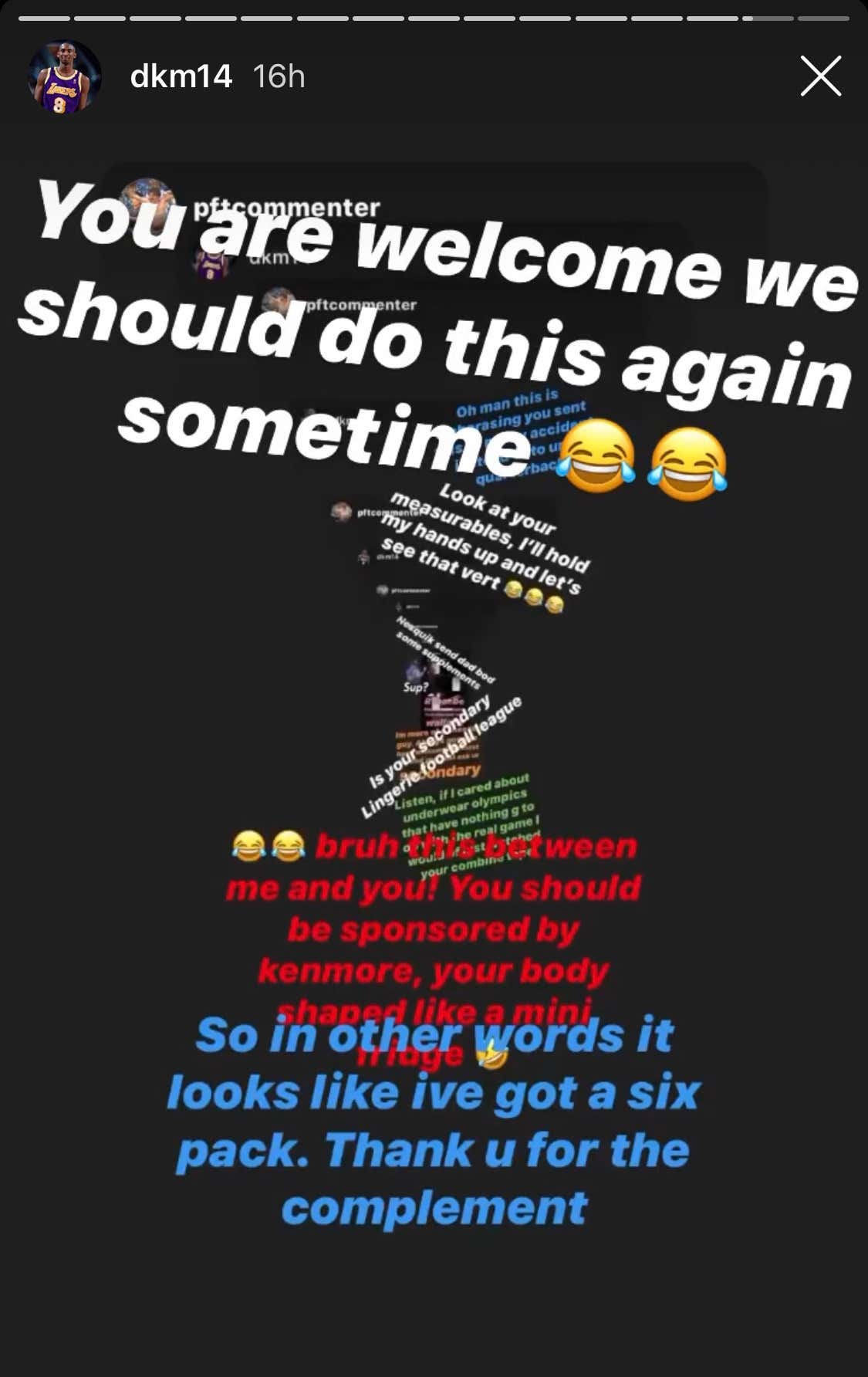 PS: shout out to INEBRIATION, one of the best homemade trailer parodies these eyes have seen