Remember earlier this morning when everyone, myself included, was reporting that Bill Gates had ordered himself a $644 million hydrogen-powered super yacht? And it made perfect sense because Gates is the second richest man in the world, known for his contributions to sustainable energy and insanely lavish purchases? Yeah, well apparently that whole thing was #fakenews. 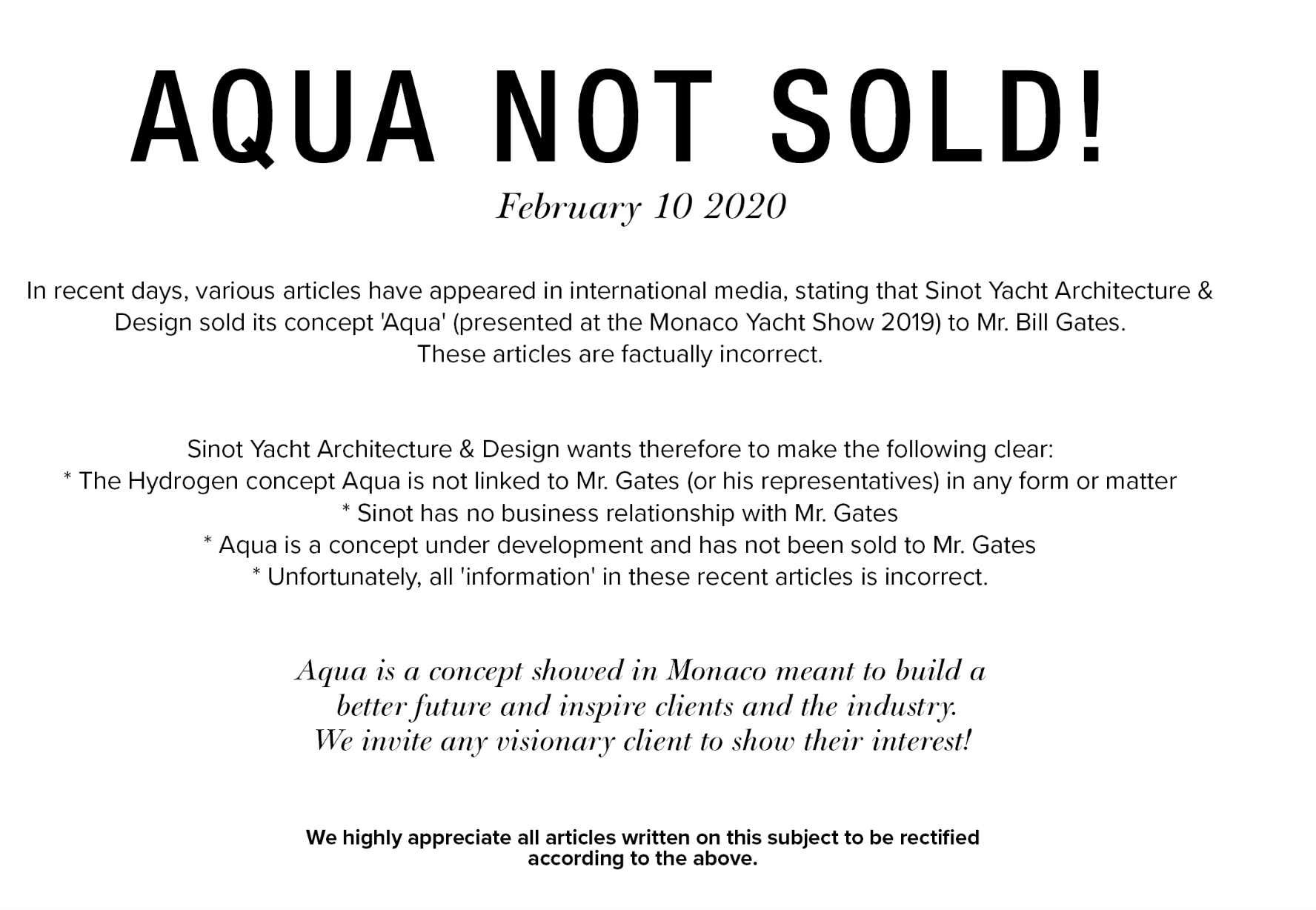 Which stinks because as I said in my blog, I was really looking forward to two billionaires getting into a dick measuring contest.

Source -The claims seemed alluringly possible — a superyacht gets sold to the super-rich.

But despite the headlines, billionaire Bill Gates is not buying a space-age, hydrogen fuel-powered yacht that has never been built before.

Media reports surfaced over the weekend claiming that the Microsoft founder has a business relationship with the design firm Sinot. Sinot showed a 370-foot concept yacht called Aqua in 2019, and the reports said Gates pledged over $600 million to "order" one.

"Aqua not sold!" Sinot stamped on its website early Monday morning. "These articles are factually incorrect." Sinot made it clear that all information pertaining to Gates purchasing the yacht is incorrect, adding that there is no business relationship between the startup and the American business magnate.

So what's all the hype about?

Sinot developed an innovative luxury ship concept that is powered entirely by liquid hydrogen. That means its only emission is water. The goal was to be "environmentally sensitive," the company said on its website.

At face value, it seems like a project that Gates would get behind, seeing as though many of his philanthropic efforts include ways to reduce waste. While the second-richest person in the world is not buying the concept, Sinot is inviting "any visionary client to show their interest."

And that's that. Big time credit to the Sinot PR team for (allegedly?) leaking this. I'm sure it'll help with publicity. Not sure it'll sell a $644 million yacht, but that's neither here nor there. Now here's a video of Bill Gates breaking it down at the Windows 95 product launch. Enjoy.