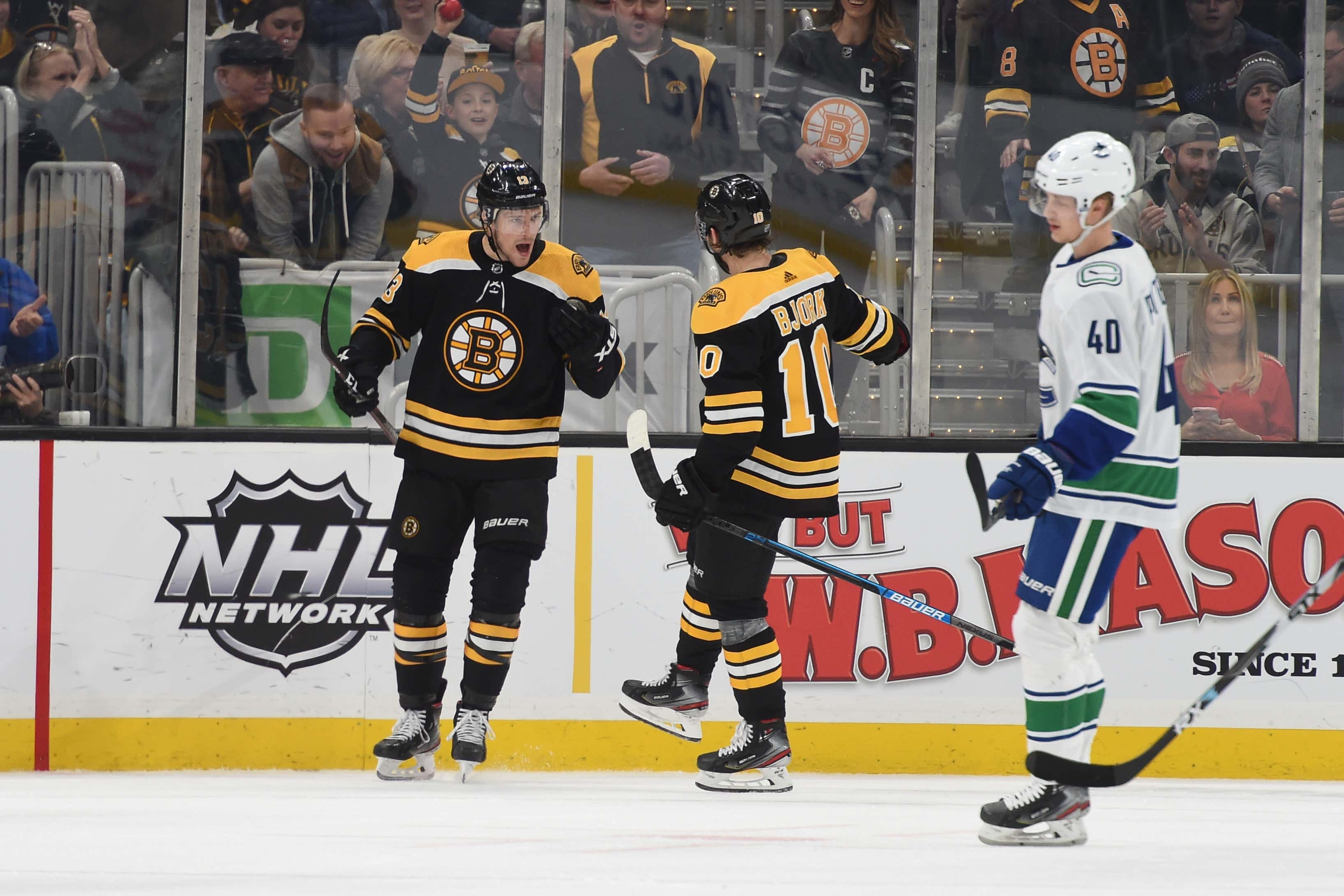 Don't look now but the B's are absolutely buzzing to the tune of a 4 game win streak thanks to a 4-0 shutout against the Canucks on home ice Tuesday night. Tuukka Rask saved all 25 shots and 4 different forwards combined to score. I know everyone is sad about Mookie Betts and David Price being traded to LA but just know these B's are for real.

Charlie Coyle opened up the scoring in the 1st. Canucks challenged for offsides but it was ruled the Kuraly tagged up and McAvoy didn't touch the puck while entering the zone.

Holy shit! A call in the B's favor! I was stunned.

Brad Marchand extended the Bruins lead to 2-0 in the 2nd. Great finish to a great sequence, Matt Grzelcyk with the breakout pass from behind his own net and Marchand buries his 23rd of the season.

During a 4 on 4 late in the 3rd David Krejci finished a give and go with Sean Kuraly. 3-0 Bruins.

Karson Kuhlman got a bounce to make it 4-0.

- Coyle gets on the board: feel like this will kick start some offense for him.

- Danton Heinen healthy scratch tonight. Kuraly skated on the 3rd line with Bjork and Coyle. Nordstrom day to day with some allergies (not kidding).

- Don't let Brad Marchand get hot! He's found his hands since the All Star break. Just something about him scoring against the Canucks that makes me happy. Can't put my finger on it.

- 2 apples for Charlie McAvoy tonight. The goals will come. I'm telling ya. Loved his response when Beagle bumped into Rask, as well. Don't touch my goalie.

- Speaking of Tuukka Rask he notched his 3rd shutout of the season, his 48th of his career. Pretty pretty good.

B's are back at it tomorrow night in Chicago. Gonna have a pre-game podcast out with Chief from Barstool Chicago previewing the game and talking about the B's recent 3-0-0 stretch since the break.

Farewell to Mookie Betts and David Price... here's Carrabis on why the Sox made the move: