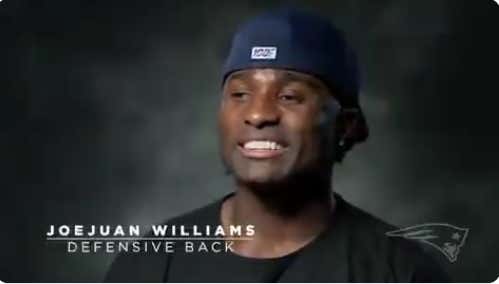 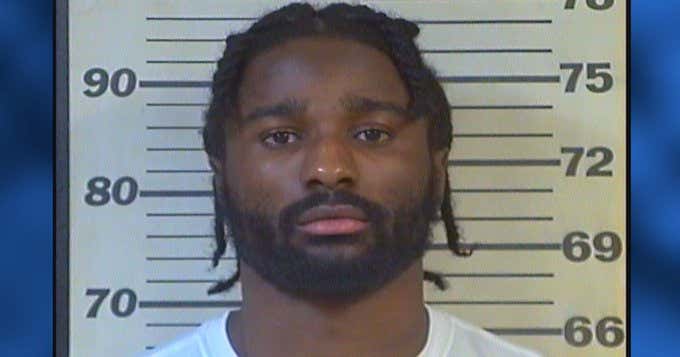 Earlier today, I wrote a post where I insufferably flexed about understanding how Bill Belichick’s mind works when it comes to prepping for the draft and bragged how nobody predicts his picks the way I do. And to make my point, included this link:

And so, because it’s 2020 and Ktoarma and I have had a Larry David/Phil relationship going for a while now:

… it had to sneak up from behind and bite me in the ass for my hubris.

After initially being pulled over for speeding, Williams was arrested at 9:37 p.m. Friday in Tennessee and charged with possession of a controlled substance, drug paraphernalia, and prescription drugs without a prescription, according to CBS 4 in Boston.

Williams, who was born and raised in Tennessee and played college football at Vanderbilt, was a second-round draft pick of the Patriots in 2019. As a rookie he appeared in nine regular-season games, all as a backup.

Do we know what those controlled substances, drug paraphernalia and prescription drug without a prescription were? No. We do not know. Perhaps they were something really serious and alarming. But maybe, just maybe he had a bottle of the stuff I take to control a bad family history with cholesterol.

But here’s a thing. Regardless of whether these are serious narcotics or something to help bad cardiac genetics, how about you just DO NOT HAVE THEM? Is that too big an ask? Am going way out on a limb here? Am I imposing?

This guy was the 45th overall pick and played a total of 80 snaps. 80. That is for a defense that saw 948 opposing snaps. I don’t mean to come down too hard on this young gentleman, but I think the fact he’s now one season into his career and saw the field on 8.4% of his own defense’s plays would send off sirens. Like perhaps he’d realize if he ever wants to get more reps and possibly earn the organizations trust – as well as the coveted and lucrative second contract that so few Patriots get – he would say “Maybe I ought not have controlled substances, drug paraphernalia and prescription drug without a prescription in my car. Or drive at excessive speeds. I think I shan’t do any of those things.”

But nope. He did some or all of those things. We no sooner dodged the legal bullet on Pat Chung and now we’re looking at a legal goatfuck with this guy and maybe a violation of the league’s Personal Conduct policy too.

Now that I think of it, I predicted they’d draft Pat Chung back in the day too. As well as Aaron Hernandez. Maybe Belichick and I both need to rethink our evaluations.