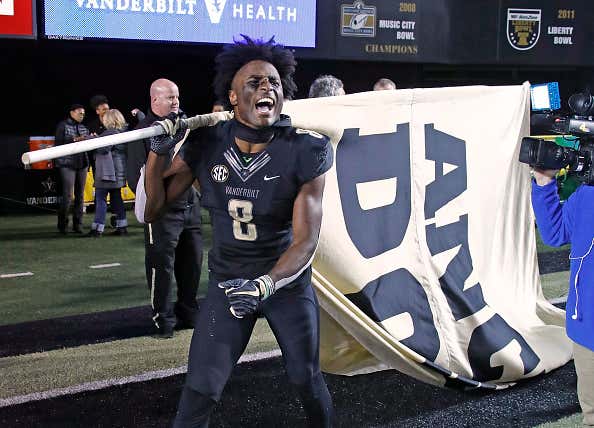 Me, yesterday in the a preview of Patriots defensive backs prospects:

If [Kentucky CB Lonnie] Johnson’s measurables had them swiping right, Williams’ had them sending photos with Snapfiltered animal faces. They went to his Pro Day and a held a private workout. His obvious trait is his size, and yet he’s surprisingly nimble and smooth, with the ability to flip and get into his deep coverage. His 40-speed probably won’t have him keeping up with the elites, but he’s got the length, strength and aggressiveness to match up against this generation of giant receivers. Another project who’ll probably be drafted Friday night just for his unique attributes. If he comes to New England, I’m pronouncing Joejuan “Wun Wun.”
Compares to the other leading brand: Xavier Rhodes …

Whom the Patriots will take: Cornerback, Joejuan Williams.

So how many successful picks does that make for me over the years? Let’s see. I had Duke Dawson last year. Dominique Easley. Nate Solder. Darius Butler. Pat Chung. Brandon Spikes. That tight end from Florida. whatshisname. I don’t know exactly. Too many to count. All I know is that I’ve gotten way more than the men who’s job it is to do nothing more than spend 52 weeks a year trying to figure this stuff out. The only question is why anyone would go to them when I’m holding the answer sheet year after year after year.