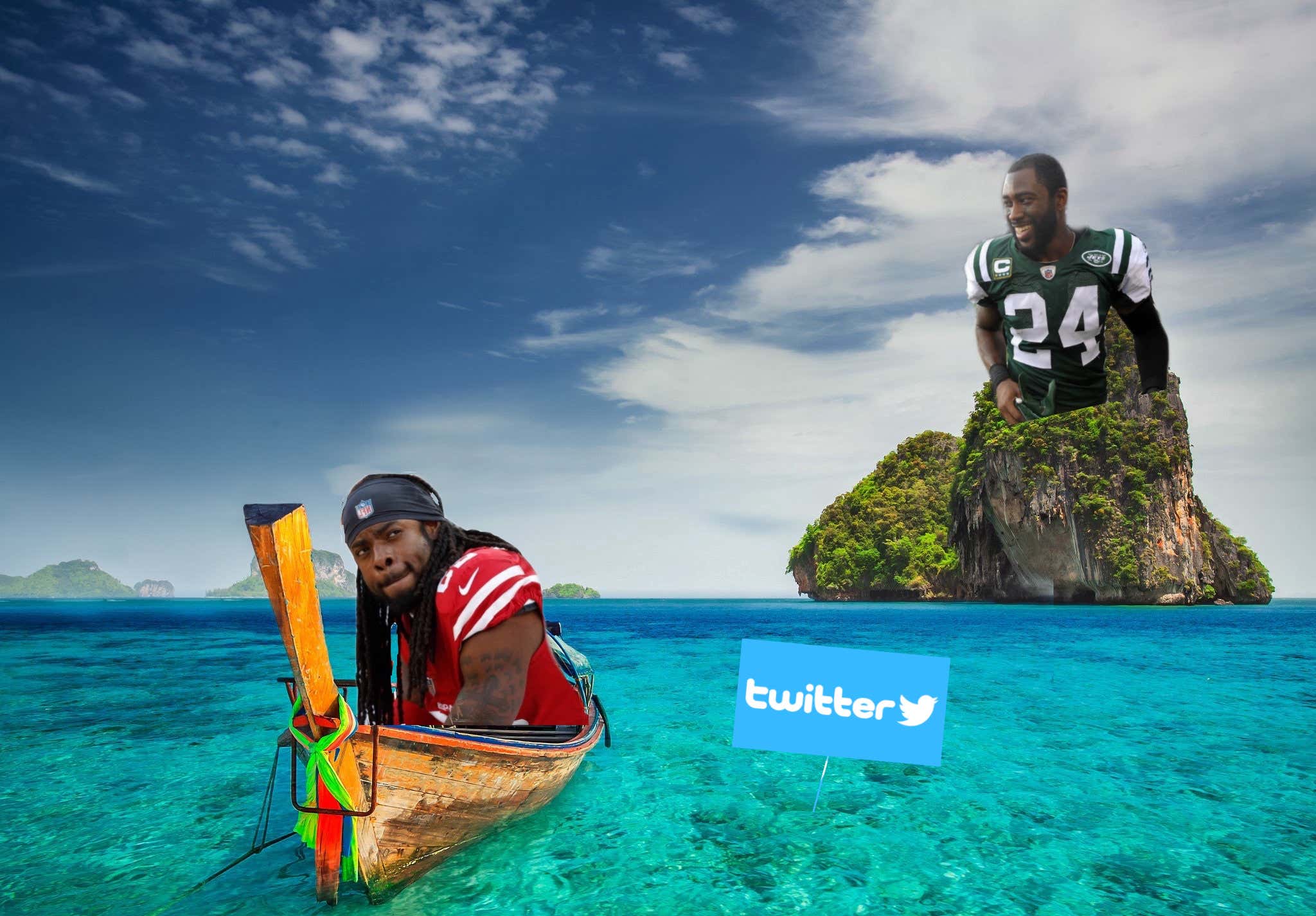 Disclaimer: Darrelle Revis is one of my favorite athletes of all time so please excuse any bias that may come with this blog/blog subject matter

Whilst all the loyal, die-hard Packers fans were getting their hearts ripped out by Raheem Mostert, Jimmy G, and the boys, a minor twitter curfuffle would startup. It wasn't even Packers players/fans bitching about some random penalty on a third or short, crying in a very Saints fan-esque Twitter tirade. No, actually, it was future first-ballot NFL Hall of Famer and arguably greatest cornerback of all time, Darrelle Revis.

One may argue that this tweet was a rather unnecessary one. This tweet never gets sent out, there is no 'beef' and this whole situation never happens (obviously). Revis was pretty much flexing his own ability to, at his peak, absolutely erase top receivers. When Revis wasn't limping around on bum ACLs, he could guard anyone.

But this whole thing seems off for Revis. He never really was a big talker and he hasn't been inciting riots on twitter until yesterday. I don't know. This whole thing just seems...weird. 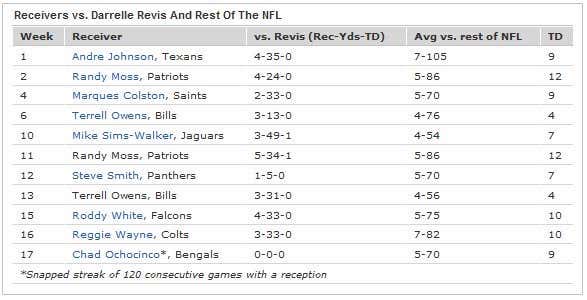 So we've got a bit of a "wow, this is so easy why doesn't everyone do it" situation from Darrelle Revis here.

The rare double tweet from Revis. Twitter people were not happy about his comments. Revis responded with a backtrack of fact. Sherman isn't much of a man-to-man corner anymore but then again he's getting to the latter stage of his career. Nothing but facts so far from Revis.

The easy answer. Don't get me wrong, obviously saying "but I have a Superbowl to prepare for" is an all-time flex.

However, when you tell someone who is completely retired from the sport of football to "enjoy their view on the couch" it is not a good clapback.

The dude doesn't even play the sport anymore and when he did, he was one of the best to do it. So why would he be upset about watching the NFL on his couch? Just weird. Like, imagine if he said that to Peyton Manning. It just doesn't make sense.

Revis' 9th year was when he returned to the Jets in 2015 and yes, he did lead the league in turnovers (9). He also made the pro-bowl but that doesn't really mean anything. In retrospect, that response from Sherman was just terrible. Like he got him with the Superbowl part but the rest of it was proven to be not great. So all those people who responded with the supahotfire gif just look like idiots.

Playoffs? Sure, Revis didn't play there much but that's because he had to deal with the incompetence of the Jets for the majority of his career. He wasn't blessed to play with Earl Thomas and Kam Chancellor in the same secondary. The interception difference is one between the two and Sherman has four more games played in January. So I'd say they both get their hands on the football in the playoffs about the same.

Also, Revis literally won a Superbowl, giving him the same amount as Sherman. So it's not like he was ineffective in the playoffs when he went.

Ok. Sure. Bad visual. What our friend Richard here fails to mention is that is a picture when Revis wasn't Revis anymore, he had a bad hamstring this game, and he's getting burnt by a literal Olympic athlete in that picture. Not the best photo to burn Revis, I get that Marquise Goodwin is his teammate but the Randy Moss one-handed catch is the picture he should've used.

Takes the high road. Nothing but class from Darrelle here. Goes out of his way to wish him luck. Yet to see Sherman do the same, sad. Revis was just trying to help out a fellow master of the craft get better. Nothing wrong with that.

I guess the next question is… who won?

Wired - Revis clearly won as he responded with factual, yet subtlely funny tweets

I do actually think that Revis won, not because I'm a big Revis mark but because everything that Sherman said was pretty stupid and quite frankly unfactual. I will say that the whole thing was just easily avoidable if Revis just never says anything but hey that's how these types of things work.

sidenote: Revis was just a better cornerback overall. Plain and simple. Sherman should be so lucky to hear what he has to say.