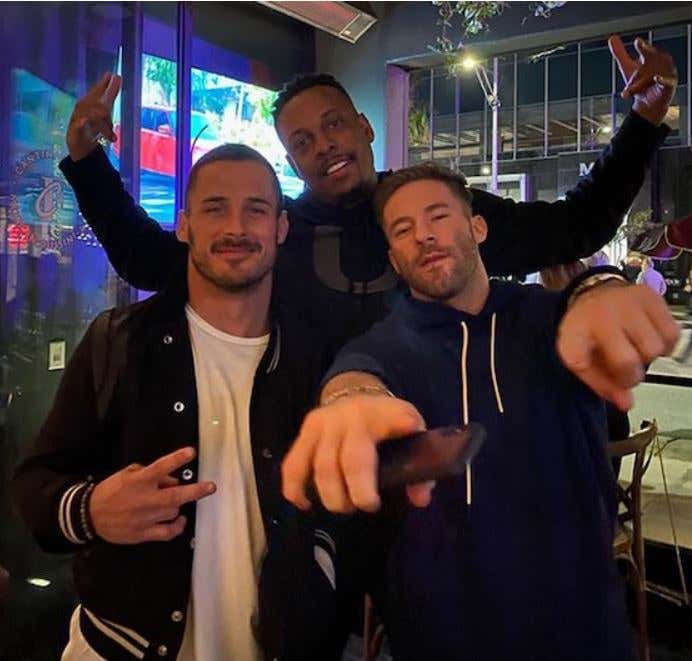 TMZ – New England Patriots star Julian Edelman was arrested Saturday night after allegedly jumping on the hood of someone’s Mercedes … TMZ Sports has learned. Law enforcement sources tell us it went down this way … Julian was in Bev Hills walking around at about 9 PM when for some unknown reason he hopped up on the car, causing damage. The bad news for Julian … cops were in the area working a robbery case when someone flagged them down and gave them the lowdown. Edelman was arrested, cited for misdemeanor vandalism and released. He left with his friends.

So as everybody has heard by now, Julian Edelman was arrested in LA for “jumping on the hood” of a Mercedes. He was out with Danny Amendola and Paul Pierce before the “incident.” Now if you’re like me at first you didn’t think much of it. Just the boys having some fun in LaLa land right? Having a couple drinks, fuck a couple chicks, jump on the hood of a couple cars. Been there done that. To be honest I didn’t even know it was a crime. Maybe they have different laws in California? So I wasn’t going to pay too much attention to it until it became the lead story on every single news outlet in the world. Hmm interesting. Like the first time the Patriots aren’t in the playoffs on Divisional weekend and you got boring games left and right and nobody cares about football anymore and suddenly there is a Patriot making the NFL relevant again. Seems like maybe it was something I should investigate.

So let’s break down this case. Julian Edelman is just walking down the street and happens to stumble across a parked Mercedes? A Mercedes mind you. Not a chevy or a Ford. Nope a Mercedes. Just such an arrogant pompous car. A German car. A car that Hitler probably drove. A car that basically screams jump on my hood. And it just happens to be parked in LA of all places right in front of a proud Jew? How convenient. And so Edelman being the competitor that he is decides he is going to jump quickly on it’s hood to wipe that smirk of it’s face and exact a small measure of revenge for his ancestors. Somehow there is a snitch who witnesses this and reports it to the police who happened to be nearby because they were responding to a robbery in Beverly Hills.  Since when are there robberies in Beverly Hills?   And 10 seconds later he is in cuffs? It all seems so suspicious doesn’t it? That a NARC would be hanging out by a Mercedes (Hitler’s car of choice) just waiting for somebody to jump on the hood and running to the cops who just happened to be a street over like there has been a homicide. I can’t conclusively say this was a setup but something certainly stinks here and generally when it comes the Patriots being framed, victimized or having their constitutional rights violated it always points back to league headquarters.