WOW! I need a cigarette after that one.

Last month, there was a lot of talk around Nate Diaz vs Jorge Masvidal for the BMF Championship, and how that fight was the "antithesis" to UFC 245's Welterweight Championship fight. There was a narrative being pushed that Kamaru Usman vs Colby Covington would be some kinda boring grapplefest based on their wrestling backgrounds and previous fights in the UFC, but I'm pretty sure the people swearing by that narrative didn't realize just how bad the blood between Usman and Covington had gotten! The fight we just watched was an ALL OUT WAR; and a slugfest, if you will. It was full of fireworks, dramatics, staredowns, broken jaws, and more! It was a god damn slobberknocker!

Early on, Colby's pace definitely gave him the edge over the champion. Usman wasn't too far behind, but Covington just seemed to be the first to land over and over and over again, and with some really crisp shots. I wanna say it's the best his boxing has ever looked. Still, Kamaru ate away at Covington's body with all kinds of strikes into the later rounds, which really started to hinder his offensive and output, and in the third round, Kamaru broke Colby's jaw.

In the deep waters, Usman turned it on more and more, and by the fifth and final round, "The Nigerian Nightmare" showed the heart of a true champion in a Rocky-esque fight and hunted down the finish like a man possessed. Colby didn't love the stoppage, but after being dropped badly that many times with a broken ass jaw, I think he'll be glad it happened when it did later on.

He sprinted out of the arena like a true heel afterwards, and I know I should give him a break about that as a man who just severely broke his jaw in a phenomenal five round title fight, but I won't because I don't like him and the video is hilarious.

Congrats to our friend Kamaru Usman on the first successful title defense of what is hopefully many. Dude is a warrior inside that cage and a class act outside it. 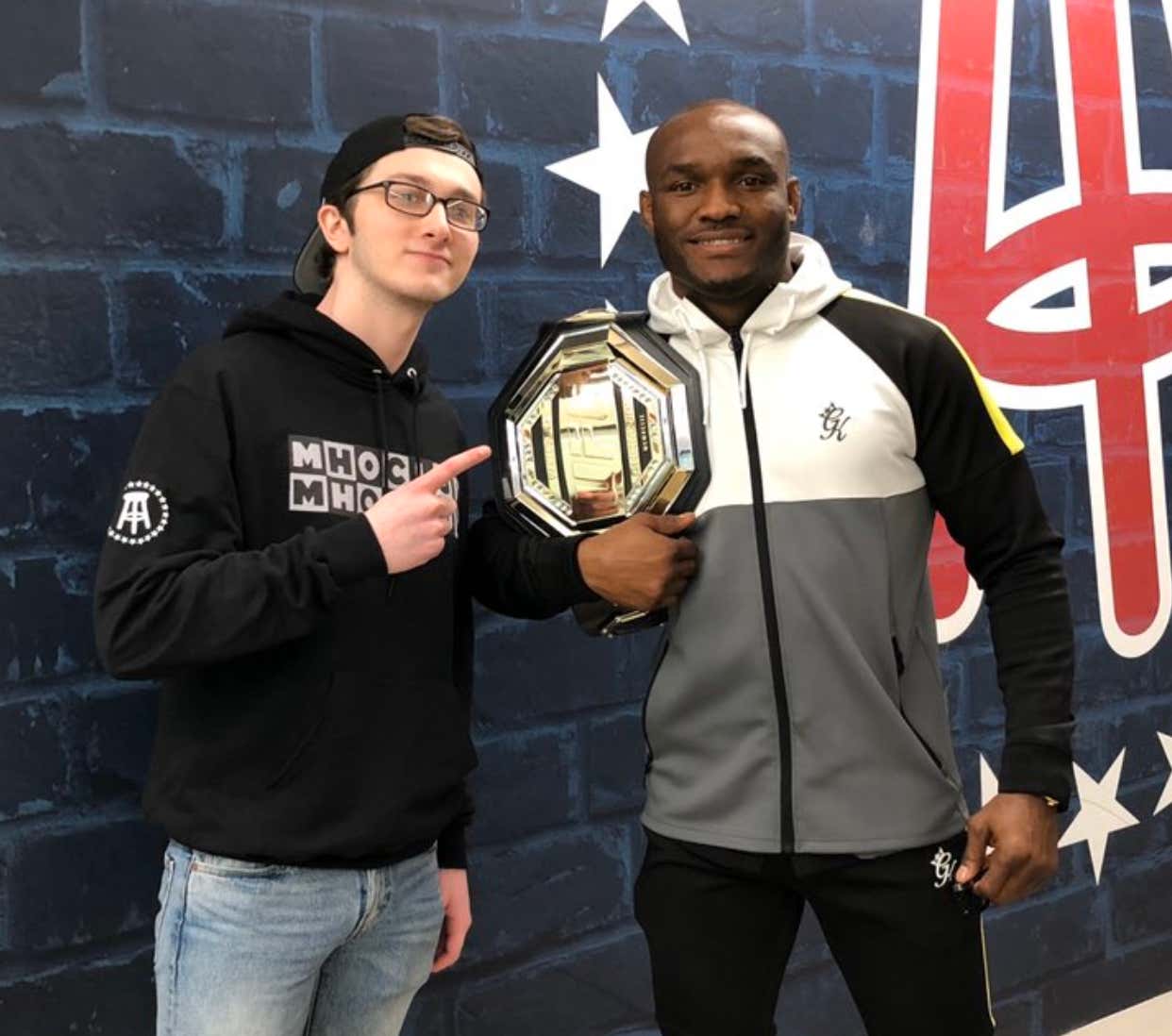 Listen to my interview with him recorded just days before the fight HERE if you'd like to hear his extremely accurate and somewhat eerie prediction for this championship bout.

Thanks to everybody who followed the new Barstool MMA account Spinnin Backfist. Over SIX THOUSAND on the first night?! That's dope as hell. If you haven't followed yet, and you're into MMA updates, please do so HERE!