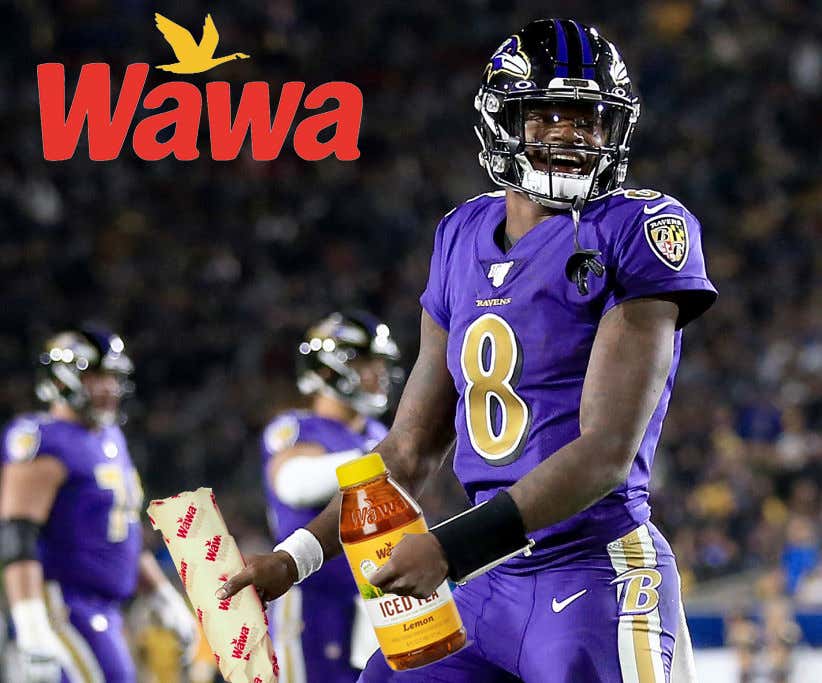 If you watched last night's game then you were treated to a good ol' fashion dick kicking. Lamar Jackson and the Baltimore Ravens pulled their pants down and hung dong all over Jared Goff and the Los Angeles Rams. It didn't even look like the two teams were playing the same sport at times. Every time the Ravens offense stepped onto the field, you knew that something electrifying was about to occur. Every time Jared Goff's goofy ass face walked out onto the field, you knew that you could take the dog out for a quick walk because you weren't going to miss anything. From start to finish, the Baltimore Ravens owned the ever living shit out of the Rams.

And that's been the case with this Ravens team for a lot of games so far this season. Sure, they have a couple losses on their record this year but when they beat teams, they eviscerate teams. It happened last night against LA. It happened last week against the Texans. That Patriots win was a 3-score win. The Bengals barely count but at least they kept it closer than the Rams. But yeah, the Ravens have been the most impressive team in the league this year just due to the fact that they BURY their opponents.

So who deserves the credit here? Is it coaching? Is it Lamar Jackson? Is it giving Lamar Jackson a receiver with unreal speed like Hollywood Brown to work with? Is it Mark Ingram? The line? The defense? Who deserves the majority of the credit here for taking a team that went into this season with a quarterback being named the week 1 starter for the first time and just dick kicking the entire league? You don't come to me for the questions, you come to me for the answers. So let me provide you with one real quick.

Is it any coincidence that in the same year that Wawa becomes the official hoagie of the Baltimore Ravens, that the Ravens then go out and look like the best team in the NFL? Abso-fucking-lutely not, folks. There's no such thing as coincidence. This is a direct correlation.

Before Wawa: Nobody knew what to expect out of the Ravens. Everybody thought that Lamar Jackson couldn't cut it as a quarterback in the NFL and should switch to wide receiver. They figured this would be a rebuilding year for the Ravens at best, and a "holy shit we made a massive mistake" type of season at worst.

After Wawa: 9-2. Sitting at the top of the AFC North. Have just dismantled the Patriots, Texans and Rams in 3 of their last 4 games.

Again, you just can't deny the fact that the two are correlated. So credit goes out to the Baltimore Ravens for realizing that they needed to reach out to a Philly-based convenience store to capture the type of magic you need to go on a little Super Bowl run here. Wawa makes everything in life better, and apparently it makes your football team better as well. That's the power of the sizzli. That's the magic of the hoagie. And that's the wonder of the jalepeno cheddar stuffed pretzel.