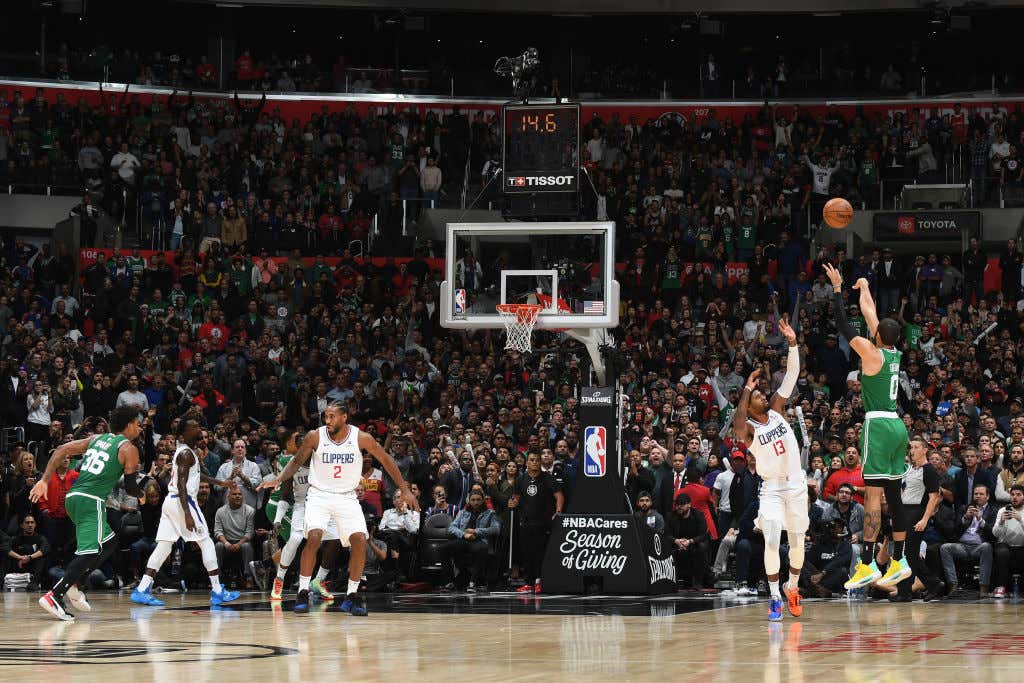 Between the Sacramento loss and now this gut punching OT loss to the Clippers this trip has been a real bitch. On the surface, it's a pretty good sign that you just took Kawhi/George to OT without Gordon Hayward and on a night where offensively some of your biggest weapons didn't exactly deliver. What we saw from Jayson Tatum tonight matters even if it ultimately resulted in a 3 point loss. He matched both Kawhi/George blow for blow

and was huge in the game's biggest moments. There are certainly positives to take away from this game and all that shit but I can't lie. This loss stings. Mostly because the Celts pretty much blew this game when you look at it. Up 7 with 2:21 left in the fourth quarter that's a game you have to win. I don't care about any of the officials shit because at the end of the day you have to close that out. Both Kemba and Marcus couldn't buy a bucket in the final 75 seconds, they gave up brutal threes and shouldn't have even put themselves in a position to get boned by the refs. Of course that happened but it doesn't excuse their poor execution late which is what is so unfortunate. This team needed to play 2 minutes of good basketball and they would have pulled it out. That's tough to stomach.

If you'll need me I'll be staring at the ceiling for the next 4 hours. Need time to regroup. See you all tomorrow for the blog.