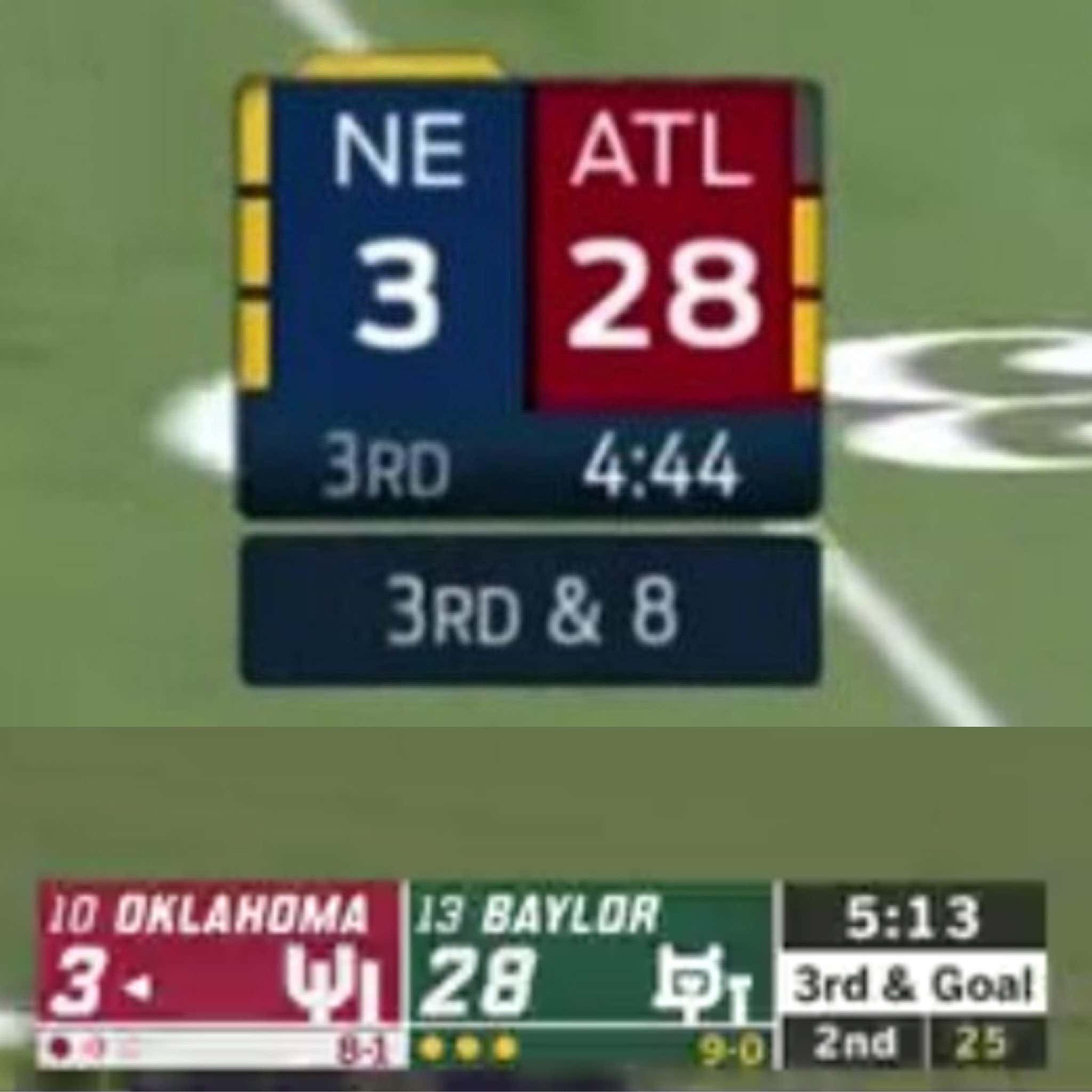 The legend of Oklahoma's 28-3 comeback continues to grow.

SOURCE-It was eerie to discover after Oklahoma’s epic comeback over Baylor that OU defensive coordinator had prophesized it at halftime with Jalen Hurts.

Even more spooky? Earlier in the week, OU’s coaches had shown players highlights of the New England Patriot’s comeback from a 28-3 deficit to the Atlanta Falcons during Super Bowl in 2017.

Sometimes college football coaches motivation tactics are incredibly cheesy. Their tendency to embark on these bizarre tactics has given us the rise of the #FootballGuy. I personally love it, but I can't say I haven't rolled my eyes at points.

However, this story will go down as one of the coolest parts of the 2019 season. Is it as cool as the comeback? Of course not, but it's a part of that story. Oklahoma - Baylor was just one of those games we will remember for a long time.

28-3 remains the most dangerous lead in football. May we start seeing teams intentionally go down 28-3 in the future? We'll see. You never know.