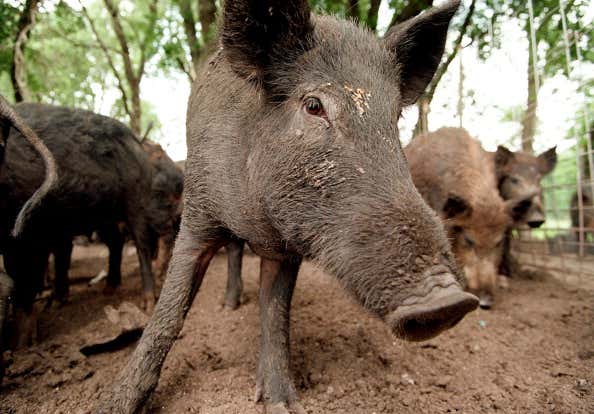 (Newsweek) – A stash of cocaine worth $22,000 hidden in an Italian forest by a gang of suspected drug dealers was reportedly destroyed by wild boars.

Police dismantled the smuggling operation in Tuscany after placing a wiretap on members of the gang, which consisted of three Albanians and an Italian, The Local reported. While listening on a call, officials overheard a person complaining about the damage caused by the hogs.

Imagine calling up your plug saying that not only do you not have their money but also you need another shipment pronto because your last re-up had been stolen from a roving gang of feral hogs? You’d be killed before the phone call ended. No one’s trying to hear your hog sob story and even if they do hear you out they’re not going to believe you. Just a tough break for this small Albanian/Italian cocaine syndicate.

On the flip side, what a year for feral hogs. Just when you thought they were out of the spotlight, BAM, they announce their overseas presence with fucking authority by doing a shit ton of cocaine. The article goes on to say that “it is not immediately clear what happened to the hogs post-cocaine ingestion” and buddy if I lived anywhere near this Tuscan village I’d want every man and woman on the fucking lookout. Based on the last time hogs were the talk of the town those fuckers are dangerous as hell. And that’s sober hogs we’re talking about. You put COCAINE in their system and they may take over Italy by Thursday. So while these drug dealers are having a rough go of it what with the stash raid and wire taps, the good people of Italy are in more danger than the country has seen since World War II. Cocaine fueled feral hogs are not to be trifled with and hopefully the streets have been put on lockdown until they come down from the immense high they’ve achieved.