Alright so Kirk Herbstreit (pretty reliable college football source) just dropped the bomb that Chase Young is expected to be suspended for 4 games for accepting money from a family friend. And before we even get into the football side of things, let's talk about how absolutely ridiculous this decision by the NCAA would be.

There's been millions of stories as to what happened, but the one that is appearing to become the consenus opinion of those in the know is that Chase Young borrowed money from a family friend to bring his girlfriend to the Rose Bowl last year. AND THEN HE PAID HIM BACK!!!

I'm not going to sit here and act like the Buckeyes are always innocent. I'm not giving a schtick here. We've had our share of problems just like the rest of the world, but this is not one of them. Chase Young is not able to have a job. Chase Young is not able to make his own money. Chase Young does not come from a family where they can just send people out to Pasedena, California for the week. So he took a loan from a family friend and paid it back off. End of story. No one with a heart or a brain sees any fault in this. Unfortunately, the NCAA has neither.

Now, I'm also not going to sit here and say that he didn't break any rules. Do the rules suck? YUP. But he's obviously not allowed to take money. But the fact of what he took money for, paired with that he paid the guy back, tells me this is an open and shut two game suspension.

Now, although I currently don't know, let's go check the internet and see who the Buckeyes play the next two games.

Huh! What a coincidence. Luck of the draw I guess. I know it'll hurt to not have Chase Young for CONFERENCE GAMES, but I think the Buckeyes can manage against Maryland today and then on the road at Rutgers.

So now let's look what would happen if that clear and obvious two games is actually the four games the NCAA wants:

Oh no! This will not do. Against #4 Penn State and that at the rival? I see what the NCAA is doing here. Ohio Against The World, as usual.

Chase Young needs to (and is) appealing this 4 games to get it down to 2. If it becomes 2, you won't hear from me again on this issue. But if they keep it at 4, we riot at NCAA headquarters. Memphis fans, you're welcome to come join. 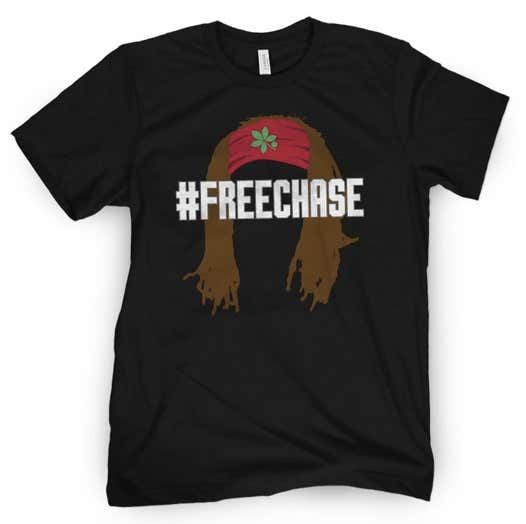