Is this the greatest human invention since sliced bread? Many are saying YES.

Gone are the days of having to sneak in a piss mid-game:

In with the new. Out with the OLD! Still have that swoosh on it! 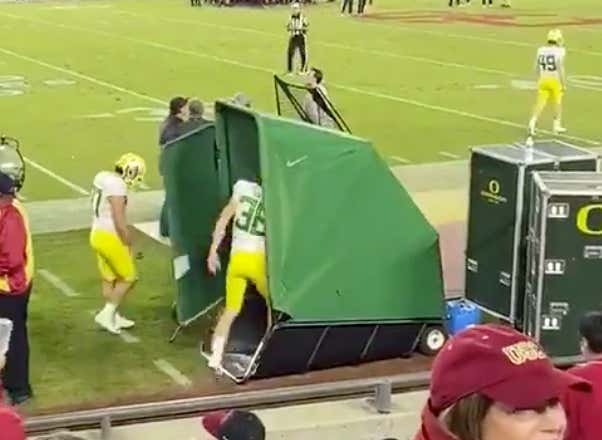 Hopefully, Oregon has trademarked this bad boy. They could make millions. Sort of like Alabama did with the injury tent.

Funny story about that injury tent, which is used on every football sideline in college football and the NFL now: it was created by a group of Alabama seniors for a class project. Because they created it with Alabama, the university continues to get all of the money from it. The students got a few thousands dollars and were told to fuck off.

So, yeah, even the NARP college students are getting ripped off by their respective schools.