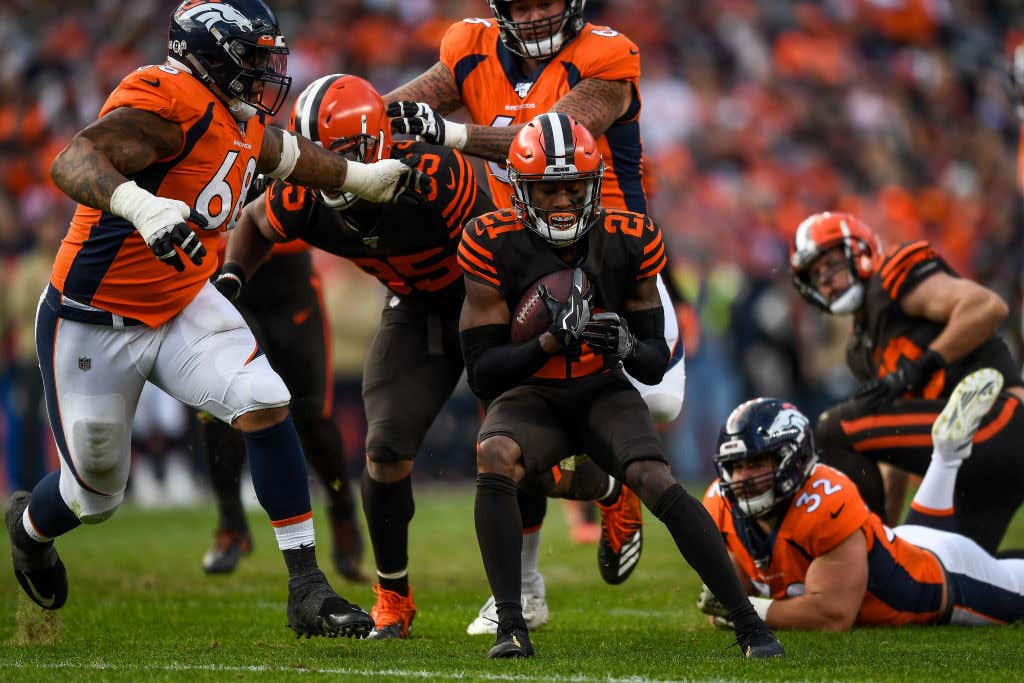 The poor Cleveland Browns. There's nothing more heartbreaking than seeing a team with so much hype and so much potential turn out to be a group of complete and total frauds. I mean this is a team that won the 2019 NFL offseason. They had the hype factory but they had the hardware to back it up. You don't get picked to go to the Super Bowl by a bunch of talking heads on hot take shows after having 11 consecutive losing seasons and not earn said hype. Sports Illustrated even told us on the cover of their NFL season preview that the Browns were officially back. So again, to see this team be as miserable as they've been for the past 11 seasons even with everybody sending them to the Super Bowl in August just breaks my poor little heart.

But not everything is bad in Cleveland. I mean the quarterback seems to be a mess and can't handle the media. The head coach seems to be way out of his league. Odell Beckham Jr and Jarvis Landry would rather spend all their time during the week creating new custom cleats instead of preparing for the game. But then you have Denzel Ward. When you take a look at the 2nd year cornerback out of Ohio State, you realize that maybe not all hope is lost in Cleveland after all. Because a mouthpiece like this has the capability to completely turn around an entire organization. 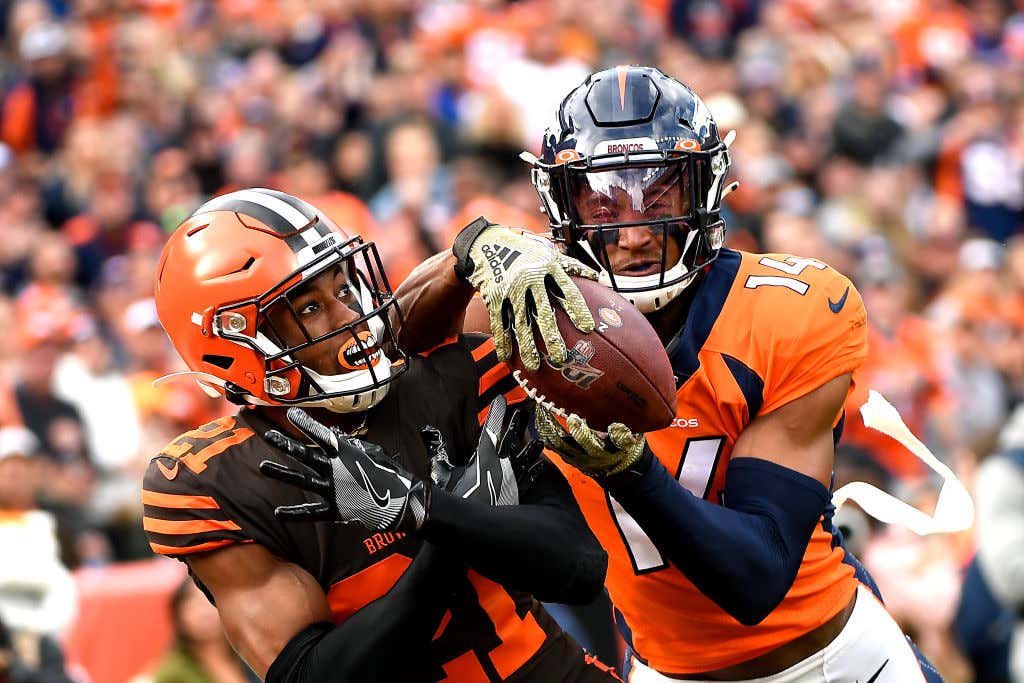 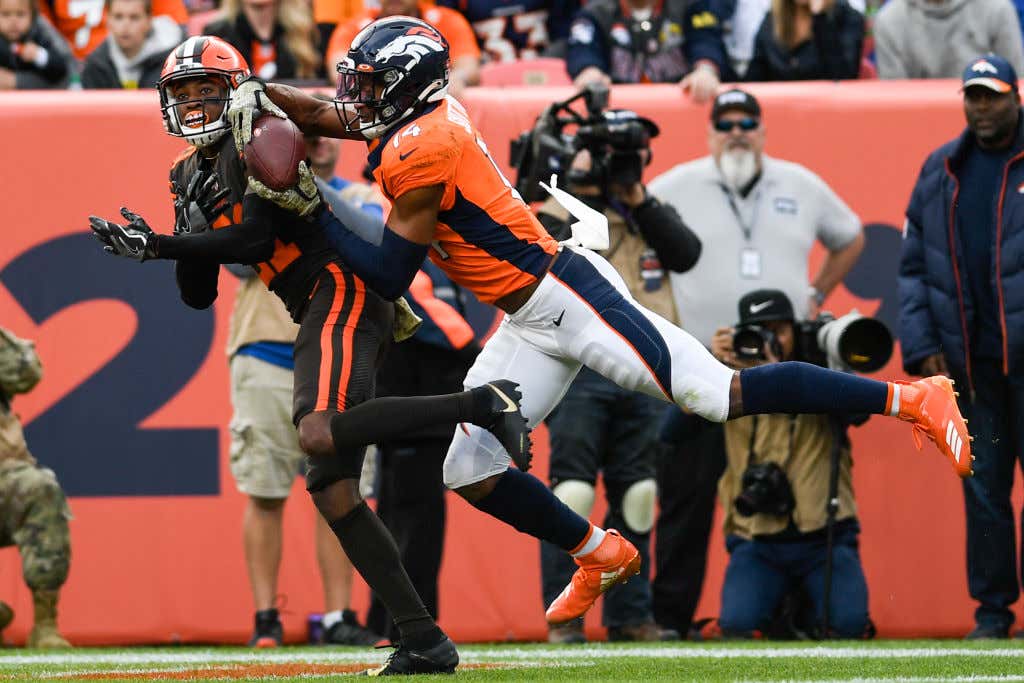 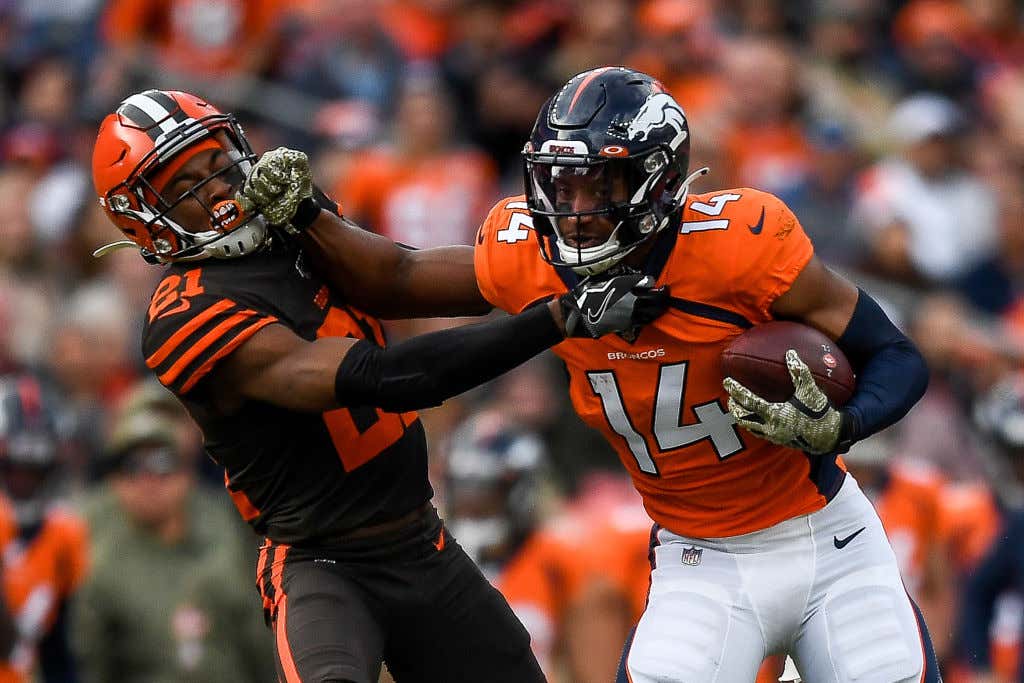 Now the photos themselves might be a tough scene for Ward, but you can't deny the fact that his mouthpiece game is elite. Getting moss'd by Courtland Sutton for a touchdown or not, that mouthpiece is fantastic. And that's really all that matters at this point in the season. At some point you just need to start looking for little victories wherever you can get them, and then build off of those from there. This is a great jumping off point for the Browns. Maybe get the whole team to wear these mouthpieces for the rest of the season and 6-10 won't be too out of the picture.