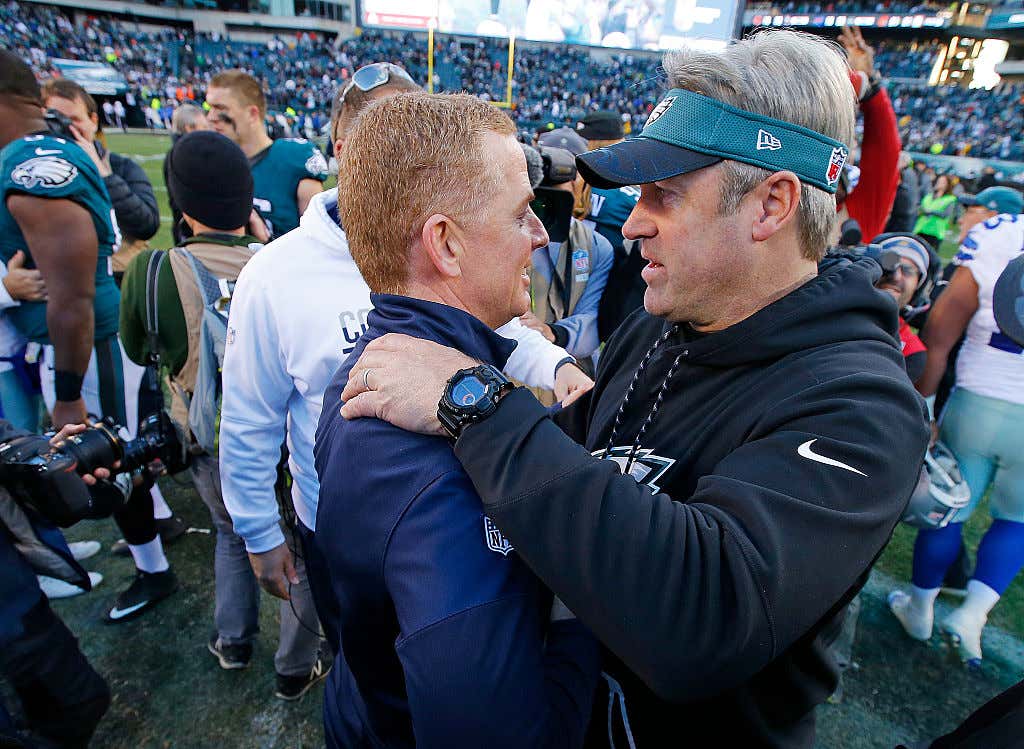 In case you missed it, Doug Pederson went on Philly sports talk radio yesterday and “guaranteed” a win against Dallas this Sunday. It wasn’t as much of a guarantee as it was just saying what any coach with confidence in his team would say in that position, but the media needed something to talk about all week so they went with the guarantee. Whatever. I’m down for a good old fashion Guarantee Game. It’s been too long since we’ve had one of them anyway. Eagles vs Cowboys, first place in the division on the line, guarantee game, Sunday Night Football (as long as they don’t flex two 3-3 teams out of the SNF slot), what more could you possibly ask for? This game has all of the juice.

Unfortunately it looks like Jason Garrett is more in the mood for a glass of warm milk, though.

Are you kidding me, dude? That’s all you could come up with? You just lost 3 games in a row, you’re playing for first place in the division, your opponent just haphazardly guaranteed a victory, and you’re “excited about the challenge”? Good lord. Jason Garrett is absolutely TERRIFIED of Doug Pederson. So much so that he doesn’t even want to take the risk of faking a little bit of confidence in himself and his team this week. Just excited about the challenge is all.

And it makes sense. Doug Pederson and Jason Garrett are total opposites. Jason Garrett is the king of predictability and is always going to throw to Jason Witten on 3rd down. Doug Pederson is going to have Jake Elliott hand the ball off to Jordan Howard who is then going to throw it downfield to Zach Ertz who is then inexplicably going to kick a field goal because Doug Pederson operates on chaos. And sure, there are plenty of Eagles fans right now who are a little upset with Doug because sometimes his balls get a little too reckless. But I’d rather have a coach like that than some guy who has just been trying to not get fired for the past 10 years. Jason Garrett is horrified of Doug Pederson but hey, he’s looking forward to the challenge.

Looks like a couple of roster spots opened up for Howie. Uh oh.