You know what? Fuck it. What could go wrong with Adam Silver and Dennis ‘Ambassador’ Rodman in a joint meeting? I don’t know why, but this just looks like a hostage video. Whether it’s the monotone voice or the fact he’s holding up pictures of his loved ones it just feels like a hostage video 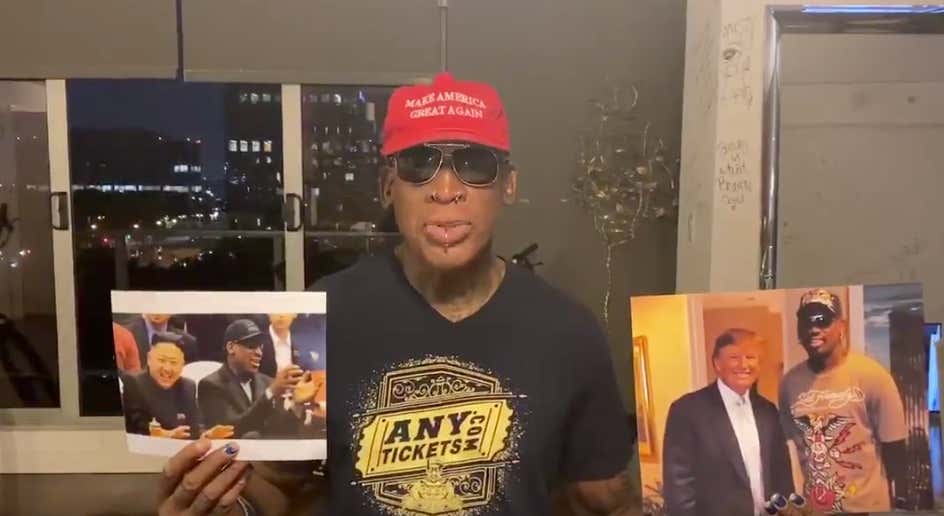 I do love him calling himself Ambassador Rodman. I know you can’t give yourself a nickname (unless you’re coming up with a blogger name), but this one sticks. He’s gotta drop Dennis and just go by Ambassador Rodman. I mean he was out here trying to help North Korea/US relationships.

So as Adam Silver goes to China to sit down and try to figure out how to fix the relationship between the NBA and Chinese money, there’s only one solution. The Worm. It’s crazy that he doesn’t have a plane waiting for him yet like it’s time for him to fuck Madonna again.

What a bizarre ass world we live in.