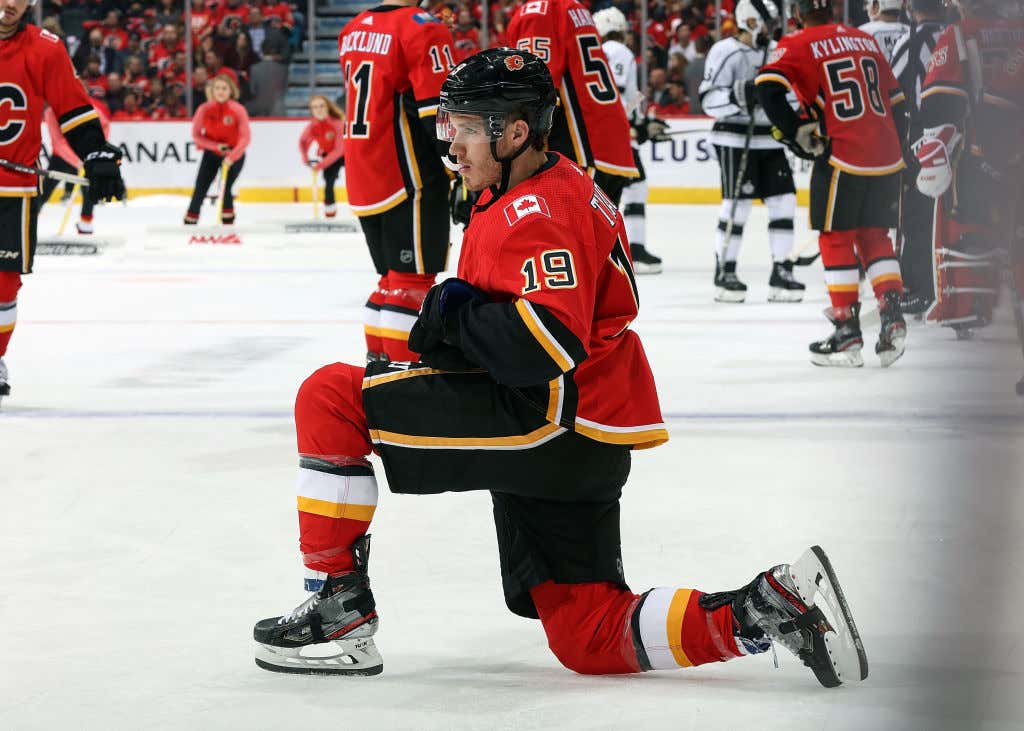 Before I even get going here, yes, I am fully aware that Drew Doughty scored the game winner last night and got the “last laugh” by telling all of Calgary to S his D. But you need to keep in mind here that we don’t get that glorious moment in hockey history if it weren’t for Matthew Tkachuk being the most elite pest in the league right now.

There are plenty of rats who have come into the NHL with their sole purpose being to piss off whoever they are playing against. However, most of these players lack the skill it takes to play out a full career in the NHL. And if they do happen to stay in the league for a few years, most of them are stuck logging 4th line minutes to the point where you forget they even exist until your team plays against them. But there are a select few rats out there who not only know how to be the biggest shit stirrers on the ice at all times, but also have some of the silkiest mitts out there as well. Brad Marchand is obviously the blueprint for that exact type of rat. Regrettably I will admit that Tom Wilson is pretty close considering he was able to look like an actual hockey player last year at times, but he’s still more of a goon than a rat. Travis Konecny is an up-and-comer in this category but he’s still in the 2nd tier of Rat Bastards. But if there was one player out there who I’d say would give Brad Marchand a run for his money and might even pass him completely as far as elite pests go, it has to be Chucky.

2 goals, an assist and 7 hits last night from Matthew Tkachuk. That is a dominate performance in a 4-3 overtime loss. And that 2nd goal to tie the game up with the goalie pulled and just over a minute left in regulation? Pure unadulterated filth. The hands and the balls it takes to control that puck through the air and lightly guide it into the back of the net is how you make yourself the highest paid player on your team. It’s one thing to just go out there running around the ice trying to get under your opponent’s skin. But when you can get under a Norris Trophy winner’s skin for multiple years and on top of that end up with a point on all 3 goals your team scored that night while he’s out there on the ice watching it happen? *Chefs kiss*.

And I think what separates Matthew Tkachuk from a guy like Brad Marchand is a couple fo things. For starters, I think he’s better at getting the drama going off the ice. Most of the fuckery we see from Brad Marchand is all on the ice. It’s during the game and then it’s not necessarily over with, but there’s rarely any rivalries with Brad Marchand that extend off the ice, unless it’s with Torey Krug. Granted, the licking saga was next level but that was more of a phase than anything. Same goes for Travis Konecny. His mouth is always flying a mile a minute on the ice but once the game is over, he’s not the type of guy who is going to be adding gas to the fire. But Matthew Tkachuk?

Kid’s a fucking legend. And anybody who thinks this is “bad for the game” can politely go fuck off. Because this is the exact type of energy we need to see in the game. It’s not just some little piss brained punk going around stirring shit up and then cowering away in the moment. Matthew Tkachuk talks that shit, puts up 3 points including a nasty highlight goal, and then fills up Drew Doughty’s anger tank to the point where he puts home the game winner in overtime and tells the crowd to suck his dick. That is brilliant theater right there and it was written and directed by Matthew Tkachuk.